The case for national humility 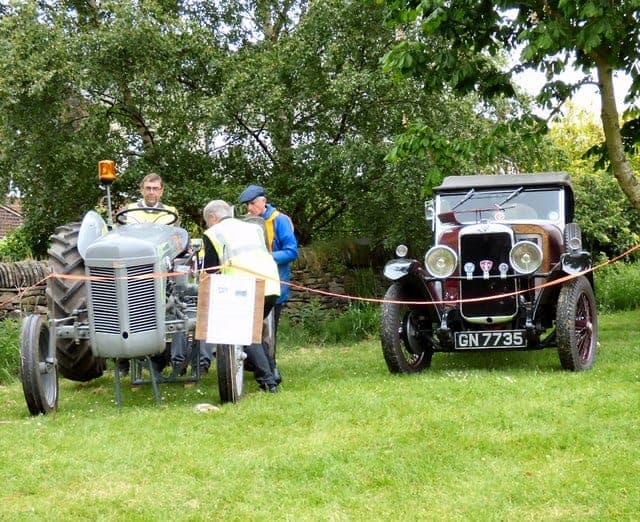 Thus, brilliantly, the Danish Finance Minister Kristian Jensen summarised his own country’s position, the Europe we live in and specifically the position of Britain in its Brexit negotiations. A warning to those who think themselves mighty, independent and sovereign in a multipolar world increasingly dominated by two or three very large countries and one extensive, if delicate, bloc.

In their outstanding book Backlash: saving globalisation from itself,  Radix authors Joe Zammit-Lucia and David Boyle reflect on a 21st century where, post cold war, bipolar world order, a new world has emerged of powerful US, powerful China, economically weakened but still significant Russia and the fragile, largely liberal and internationally minded bloc that is the EU.

They rightly chastise the EU for many failings in recent years, but remind us how important the EU has become in maintaining liberal internationalist norms in a world increasingly and dangerously dominated by the national interests of two or three key national players.

No-one should be naïve. With democracy still a national affair, no leader of France or Germany will ever do anything that would seriously undermine their chances of national re-election (Frau Merkel’s immigration policy in 2015 being the exception – and a warning to others).

But the “small nations” of 21st century Europe have long since realised they are better off collaborating as a group, however fractious the politics, however broad the spectrum of political leadership, than trying to go it alone.

With one exception. This exception struggles even to identify itself as European (which to any outsider observer, geographically at least, it so manifestly is). Behind the blustering of “global Britain”, “sovereignty” and “taking back control” lies a historical problem which has much less affected other European countries post-war.

It was summarised by Dean Atchison in his famous remark of 1962 that “Great Britain has lost an Empire and has not yet found a role”. It was repeated by David Milliband when he commented, pre-referendum, that Britain was in danger of learning the “hard lesson in the demon of hubris”.

What makes Britain different from other European countries is not the presence of the English Channel, or the Empire, but the lack of a national upheaval, a trauma, a humiliation. The First World War came close, but ultimately Britain emerged the winners of sorts. Suez was deeply humiliating, but caused little loss of life, no political upheaval and occurred in a land far away. Without a trauma, without a humiliation, Britain is stuck in old patterns, socially, politically, philosophically, unable to see itself as a “small country” in need of friends and allies; always a winner, always “Great Britain”.

No amount of cancelled trains, missed hospital appointments, child poverty or social division can shake the assumption that Britain (or is it England?) must inherently be better than other countries and should be able to “go it alone”. Even more dangerously, there are voices in British politics that maintain this is not the “real” Britain, that the real Britain is to be found in the 1940s, as though we only need to turn back the clock and re-invent a mythical Britain that almost certainly never actually was.

Look across the water and almost all EU countries are somehow formed out of a national upheaval, trauma or humiliation.  As a German, I could write volumes about how modern (West) Germany is the direct result of the introspection which followed 1945 – and the rare opportunity to build a country from scratch on the best principles.

So much of the national institutions of France, secular and republican, hark back to the revolution and its aftermath; and to the trauma of defeat and occupation in 1940; Belgium and the Netherlands both rebuilt themselves after defeat and occupation, and formed the kernel of the new Europe. As for Denmark, its “humility” can be traced back to the trauma of 1864 and a terrible defeat by Prussia which saw it lose a third of its territory.

We cannot be sure what the outcome of the Brexit negotiations will be. But whether it is “soft Brexit” as a “vassal” to EU rules, or a no deal “hard brexit” with the humiliation of European businesses withdrawing investment, and possibly jobs from the UK, and being forced to accept the US terms for a free trade deal with the USA, some sort of “national humility” seems to be in the air.

It isn’t a revolution. There will be no guillotine, no bombed out cities. But perhaps it represents an opportunity for reappraisal of Britain’s role in the world and for Britain’s view of itself as a nation. A chance, perhaps, for much needed changes in politics and British society. Sadly, with much collateral damage.