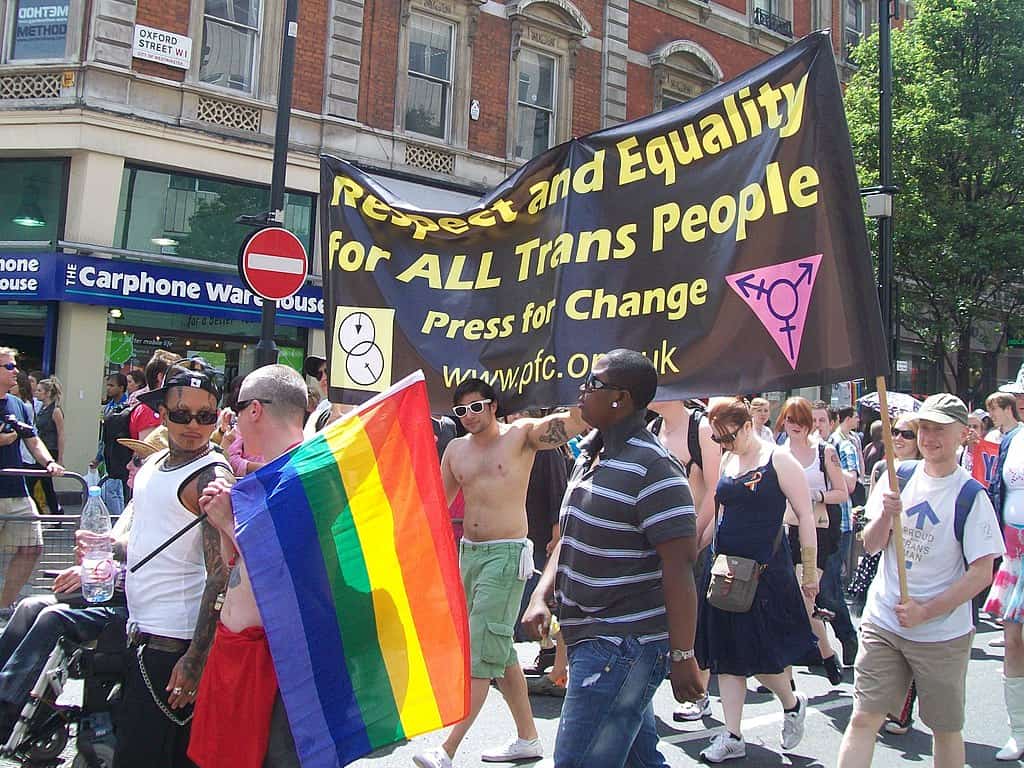 Content warnings: Discussions of transphobia, homophobia, mental health issues in relation to these forms of discrimination and conversion therapy…

I spent my Saturday a few weekends ago at London Trans+ Pride, along with over 20,000 other members of the community and allies.

This was a march from Wellington Arch to Soho Square followed by speeches that protested the injustices faced by the trans community, demanded change in the government’s attitudes towards them and celebrated transgender joy on a scale that I have never experienced before.

One of the many issues facing the trans community today and one that I saw being raised on many protest signs throughout the march is that of conversion therapy.

Conversion therapy is defined on the Stonewall website as ‘any form of treatment or psychotherapy which aims to change a person’s sexual orientation or to suppress a person’s gender identity’.

It has been compared by many to torture in the way that it teaches queer people to suppress, be ashamed of and do anything to alter their identities. It has a past of employing not only forms of emotional, but physical abuse to ‘make queer people straight’.

Conversion therapy is still legal in the UK.

In 2018, under Theresa May, the government pledged to ban conversion therapy. Yet, four years on, this has still not been done. Various excuses have been used for the government’s continued dragging of its feet, the most recent of which being a need to ‘focus on Ukraine’ instead – which is all very well until you remember that while it is vital to support Ukraine, that does not require that the entire UK government drop all other tasks at hand.

Recently, soon to be former Prime Minister Boris Johnson stated that in the promised ban on conversion therapy, transgender people will not be included. The Government’s reasoning for this includes the idea that it would be ‘too complicated’ to have gender identity included in the proposed ban, and that separate work is required due to the ‘complexity of issues’. Despite this, it is vital that if there were to be a ban, transgender people are protected by it.

According to Stonewall’s website, one in 20 members of the LGBT+ community in the UK have been pressured towards accessing conversion therapy, largely from religious organisations (although shockingly, the UK government website reports that 28.7 per cent of those offered conversion therapy were offered by a healthcare professional).

The number one in 20 is massive in itself but rises to one in five when the question focuses on transgender people specifically. This clearly demonstrates the need for trans people to have specific protection for multiple reasons.

First, as the Stonewall website says: “All major counselling and psychotherapy bodies, as well as the NHS, have concluded that conversion therapy is dangerous.”

Secondly, to develop a society that is more open and accepting of transgender and non-binary people, which cannot be done in a country that still allows a ‘therapy’ that implies that these identities are inferior to those of cisgender (not trans) people.

As for the UK government’s claim that trans issues are ‘too complex’ to be included in a ban on conversion therapy, this is simply not true. The suggestion that banning conversion therapy will somehow indirectly ban discussions surrounding the support of people who wish to discuss and explore their identity is a scapegoat.

It ignores the fact that conversion therapy does not ban a conversation or continued conversations centred around the exploration of gender – whether or not the outcome is that the person having these discussions decides they are transgender or cisgender.

The only conversations it would ban are those where the ‘goal’ is for the person having that discussion to ignore their transness, or to become cisgender.

You would also imagine that the party that was responsible for the horrific Section 28 would be aware of the dangers of banning discussions around LGBT+ identities and would therefore understand the difference between that and the protections that a ban on conversion therapy would provide, but it appears not.

Overall, it is clear that a conversion therapy ban in the UK is urgent and vital to the wellbeing of the LGBT+ community, and that the inclusion of trans people is incredibly important in ensuring that the ban is complete. It is not an attack on cisgender identities, or a ban on discussing gender, it is a protection for some of the often most vulnerable people, and especially children (a massive proportion of those offered, or forced into, conversion therapy) in society.

Cory Rich
Cory Rich is an A Level student studying English, history, psychology and physics in York. They have an interest in politics, particularly in LGBT+ rights.