That nuance and complexity shall not perish from the earth 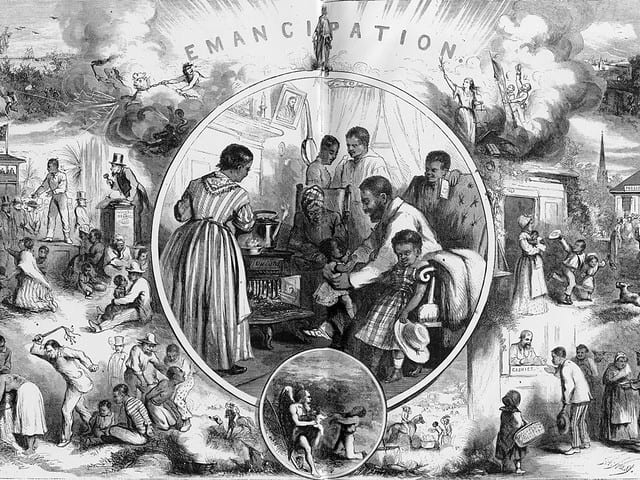 It is one of the great ironies of history that, east and west, the liberation of the agricultural slaves and serfs – the people who carried out most of the work in the fields of Russia and eastern Europe and the plantations of the southern US states – happened almost simultaneously.

The slaves were freed by the Emancipation Declaration of Abraham Lincoln in January 1863, though it required another two years to win the Civil War and finish the job. But the Russian serfs were freed from bondage to the land at almost the very same time. The declaration was in March 1861, to cheers outside the royal palace in St Petersburg, but it also took two years and came to fruition in February 1863, just five weeks after Lincoln promulgated his Emancipation Proclamation.

Both liberations were great victories for the anti-slavery campaigners, more than half a century since the first successes of the campaign against the slave trade. But they were also great disappointments for agrarian radicals. Because, in both cases, the slaves and the serfs were catapulted from bondage into poverty.

In the USA, slavery was replaced by peonage and debt bondage. In Russia, the land was valued at three and a half times its market value, and this the impoverished serfs had to pay their former owners over a period of 49 years. For many serfs, even the details of the terms were not agreed for decades. Just as the former slaves had been in the USA, many of the serfs were thrown on the mercies of the money lenders.

In short, it wasn’t enough to release the slaves – you had to release them from debt and monopoly and the economic tyranny that replaced it.

The trouble with the current ‘debate’ about slavery is that it tends towards the puritanical tickbox – historical figures are either linked to slavery or they weren’t. Simples.

The economic follow-up to slavery adds a new dimension that you don’t hear so often. Should we condemn the money-lenders in the same way or not? Might there not have been some responses to the problem as reprehensible as the great evil of slavery?

And by the same token, how about someone who was kinder to the slaves he had inherited – was he equally deserving of condemnation or not?

The same goes for British imperialists. Were they all people who should have their statues removed? How about John Hare, the last recruit into the Colonial Administrative Service in Northern Nigeria – whose book Last Man In, tells the fascinating story of a man who tried to do his best for people at an uncertain moment in history?

This is, in short, a tentative plea for nuance when we start condemning people for their involvement, either in history but also those who are involved in modern debate about these issues.

I hope I have some support in this opinion from the Nigerian novelist Chimamamda Ngozi Adichie – admittedly she was writing about gender not slavery (and I have promised colleagues never to blog on that subject). She can say things as a black woman that I can’t, so let me just quote her:

“We have a generation of young people on social media so terrified of having the wrong opinions that they have robbed themselves of the opportunity to think and to learn and to grow. I have spoken to young people who tell me they are terrified to tweet anything, that they read and reread their tweets because they fear they will be attacked by their own. The assumption of good faith is dead. What matters is not goodness but the appearance of goodness. We are no longer human beings. We are now angels jostling to out-angel one another. God help us. It is obscene.”

Which is why all I suggest is that this is a debate that needs more nuance and complexity. Ask a question, says Adichie, and “you are told the answer is to repeat a mantra”.

It is true that young people have always lacked a little in the nuance department. They have always been iconoclastic.

So why is the corporate world adopting positions in cancel culture, as if they were youthful? That is what worries me. It isn’t so much the students that make me nervous – it’s the grown-ups. So when corporates start refusing to touch people who might offend others, on the basis of a tickbox either/or, then we all need to be a little scared.