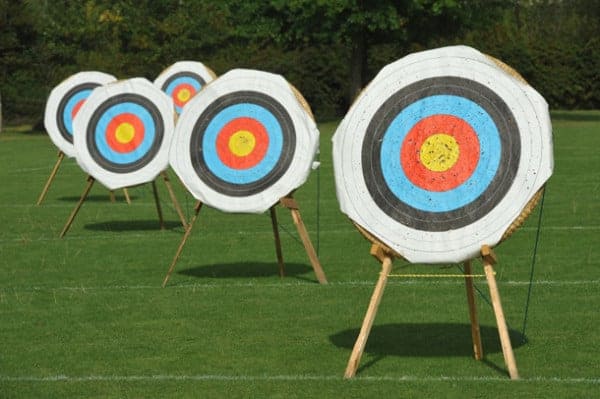 We have long railed here against the use of targets as a primary, or even sole, measure of performance. Now targets have led to the resignation of Amber Rudd as Home Secretary.

The narrative is that it’s not the targets themselves that have led to her resignation but the fact that she misled parliament over their existence and then, once more, over hew knowledge of their existence.

Targets are a knotty subject. It seems that we can’t live with them and we can’t live without them. Whenever I argue against targets and other metrics, the inevitable response is ‘well, if we don’t have targets how are we going to measure performance?’ This is a fair point that needs to be given due consideration.

First of all, about the weaknesses of targets and other metrics, this article provides a good exposition of the issues so I won’t repeat them here. But, if we don’t like targets, what on earth are we to do? How can anyone possibly manage large organisations without having targets, KPIs and all other manner of numerical evaluation?

Anyone who has managed any kind of organisation knows these issues well. What they know and understand is that some kind of KPIs are an essential part of running any organisation. However, issues arise when they become the main or only method of evaluation.

Targets only work when they are interpreted within the culture of the organisation, when leadership teams are very clear about that culture and how targets fit within it.

For instance, in a financial services company (or any company for that matter) it might be possible to meet or exceed targets by engaging in dubious practices. It is management’s role to make clear what choices to expect. If targets are not likely to be met, does management prefer staff to engage in whatever it takes to meet the targets? Or would management rather the targets are not met if meeting them would involve dubious practice?

Sometimes that challenge has to come from below. Staff must have the courage to resist poorly thought out targets, even, if necessary, to the point of refusing to meet them if they find the ethical, human and other costs of meeting them unacceptable. Failure to do so is a step down the path of “I was only following orders” – and we know where that has led us in the past.

In the UK, the management of the NHS is one place where professionals have failed in this respect. I remember, decades ago now, when the new-fangled idea of introducing all sorts of targets was first ignored and then resisted by professionals, primarily doctors. Today, they have all been utterly subjugated.

A clever mixture of carrot and stick by successive governments has combined with the over-managerialisation of the health service to emasculate health care professionals – to the detriment of those same professionals, their ability to deliver a good service, their own enjoyment of, and commitment to, the job and, of course, the resulting quality of patient care.

The second lesson we have all learnt is that KPIs must be fluid and dynamic. Once any kind of target is set, then we know perfectly well that people will be tempted to game the system in order to reach those targets. KPIs therefore have to evolve and change as management notes the emerging behaviours and changes its metrics accordingly.

Here is one area where many disciplines that have huge public policy implications, economics and accountancy to name but two,  have failed us. Their pace of evolution and change is so slow that the opportunities for gaming the system, willfully or even unconsciously, are endless – to great cost.

Finally, staff need to realise that numerical targets are only one of many factors on which their performance will be judged. Other factors will include the evaluation of ‘soft’ factors that are impossible to convert to numerical targets.

In these days of numerical obsession, it has become well nigh impossible to get managers to evaluate people on that which cannot, somehow, be converted into a (usually meaningless) number. But that is a skill and a practice that needs to be revived.

Sure, it can be open to abuse (I don’t like you so I’ll assess you poorly on that which cannot be measured). But, over time, it tends to work out. Poor staff and poor managers tend to get spat out of organisations if they mis-apply the spirit of what is trying to be achieved.

Of course, there are implications to this approach. Most important is that those doing the assessment must be close to the coal face and close to the people being assessed.

This goes against the grain of the seemingly endless centralisation we see in government. Centralisation depends on those in government departments, and therefore, by definition, remote from what is going on in the practical world of delivery, to be ‘in control’. The only way to do that is to set measurable targets and use up inordinate amounts of people’s time in complying with those targets.

This mentality emerged during the Blair days and has infected government ever since. And, of course, any set of metrics that have taken years to set up and collect is not going to be changed every year to meet changing circumstances and behaviour that quickly change those targets to something much worse than a bad joke.

The Home Office fiasco, the human and bureaucratic cost of deportation policies, and, eventually, Rudd’s downfall, has very little to do with targets. It was primarily driven by the ‘hostile environment’ culture in the department of which the targets were a symptom and only one small element. And for that culture, the finger points inexorably to one person: Theresa May.