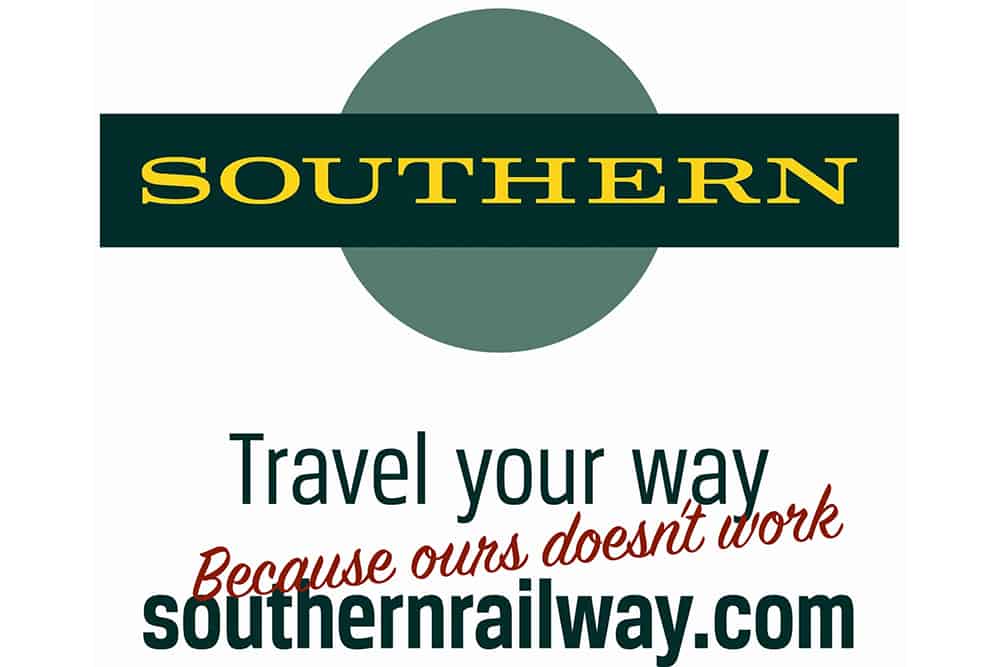 David Boyle, my colleague at Radix has just published an excellent article about the mess that is Southern Railway, so-called rail privatisation (which, in this case doesn’t deserve the name) and transport policy. He clearly illustrates the point – which we also make in our jointly written book – about the abject failure of the target culture. A failure that is just as obvious in corporations as it is in public services. Yet, in spite of the endless amount of research that has accumulated over the years that ‘metrics’ and narrow targets largely reduce rather than increase performance, everyone seems hopelessly addicted to the measurement culture.

Other insights emerge from the article.

One is how different parts of the same system – in this case the Department of Transport, Southern Railway and the trade unions – all operate as separate entities looking at the problem from their own narrow perspective. The result is an internal battle between the component parts of the system rather than everyone working together to provide a good service. It’s a little like having your car carburetor determinedly working against the fuel pump and the engine block. In the case of Southern Railway, this is all driven by the different incentives under which different parts of the system operate. Each of the entities involved claim that their only interest is in the safety and level of service provided to the customers. Yet it is clear that, for all concerned, passengers’ interests are right at the very bottom of the list of priorities. Why else would we now be in a situation where Sussex is effectively cut off from the rest of the world with each side blaming the other for the failure.

Here at Radix, one of our main aims is to find ways to bridge the divides between different parts of the system. To create the conditions in which different actors can speak to each other rather than at each other and work together to achieve positive outcomes for the population. Southern Railway shows that we have a big job to do.

Imagine for a moment a different world. Imagine that the Secretary of State for Transport and all his civil servants received an automatic pay cut whenever more than five scheduled train services were cancelled. That the Secretary of State automatically lost his job if more than a given number of train services were canceled or delayed. Imagine also that the same applied to the Chief Executive of Southern Railway and all the employees. And to trade union leaders and their staff. In that world, would Southern Railway be in the situation it is today?

The problem is that incentives work. And when different parts of a complex system are operating to different (and often conflicting) incentive structures, the system breaks down. No amount of argument, discussion, strikes, political speeches, governance reforms or any other clever schemes will work if incentive structures remain misaligned.

Yes, the world I describe still suffers from being narrowly target driven – and therefore is unlikely to be satisfactory in the long term. But at least incentives are aligned. And that’s a start – though by no means the end of the story.