Scotland can start experimenting with new kinds of money now 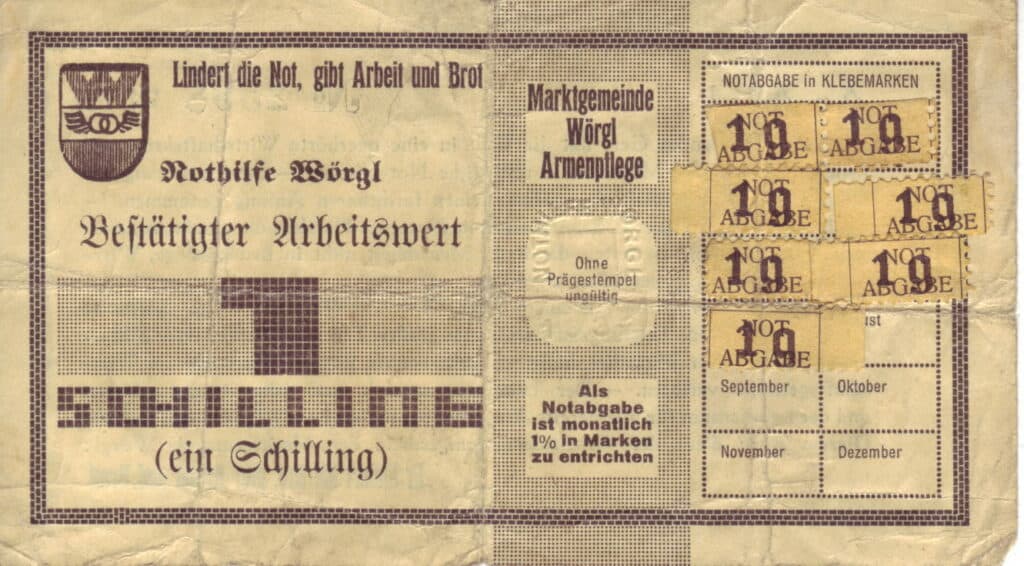 As I may have mentioned before, I coined the term ‘virtual currencies’ myself.

How do I know this, to me, somewhat unexpected fact? Because, according to the relevant Wikipedia page, the term was coined in 2009 and I published an FT management report called Virtual Currencies a good decade before, in 1999.

About the only thing I have ever agreed with Nigel Farage about is that bitcoin may still turn out – even after the latest spectacular dip – to be a pretty good investment. But once again, I need to be clear that I’m not interested in blockchain currencies for the same reason that Farage is – a kind of Trumpist, far right disdain for central banks – but because they may underpin the multi-currency world.

I have been predicting this now for so long now that I have even begun to doubt it a little myself.

That makes the difference between the currency pioneers of the 1990s and those of the 2010s – that the main motivations of the former was the rescue people from the threat of poverty.

So a little history. First, the medieval cities and cathedrals of western Europe used to issue their own coinage. Made of tin – without intrinsic value – they were known to Victorian numismatics as ‘black money’. They key element was that they were all collected up every five years or so and reminted, and everyone got a little fewer.

In other words, they had a negative interest rate. Which encouraged people to spend.

It may have been how cities could afford to the gothic cathedrals – a question that has confused economic historians for generations. The trouble is that the assumptions of the Whig historians remain with us – that money is its current shape for good reasons, so every nation has its own currency and no other means of exchange,

That is why the Nazis clamped down on the depression-busting stamp scrips in 1933, and why the Roosevelt administration ruled local currencies as unconstitutional. It is also why the issue of issuing their own currency as a basic income by the state of Alberta – when it elected a social credit administration, in 1935 – was thrown out by their supreme court.

That is among the reasons why the US congress failed to pass the 1933 Bankhead bill that would have put about $1 billion in stamp scrip – self-liquidating currency as Bankhead put it (Bankhead’s niece Tallulah threw herself into the campaign, but the senator represented Alabama and was a terrible old racist) – into the hands of those who needed it most,

We may have to revisit some of these ideas now, if we want to avoid the kind of collapse of belief in money that tend to follow major periods of inflation or stock market collapses.

Which brings me to another policy area where this might be useful – assuming that the supreme court knocks down Nicola Sturgeon’s second independence referendum.

As a Liberal, I am not as against the idea of breaking up the UK as perhaps I should be. I don’t believe Liberals are unionists – but equally, the current arrangements are simply not sustainable.

What Boris Johnson should be doing – but he won’t be, I fear – is working out what a sustainable relationship between the various elements of the union might look like.

My own preference is that we should encourage the same kind of ambiguity about whether or territories were independent nations that membership of the EU allowed. Is it possible to have independence under a UK umbrella, including the monarchy, the currency, foreign affairs and defence?

I know this might require a new kind of or associate cultural membership of the European Union, one that looks back at what Jean Monnet said – that if he was to do it again, he would base it on culture not trade – something that does not require hard borders between England and Scotland, or between an independent London and the rest of the UK.

And when you start to think about this, you quickly realise the wrole that currencies might have. Take, for example, the scotpound. This was a proposal by the New Economics Foundation in 2015, which suggested an innovative currency for Scotland – alongside the pound and the euro – which could for example based on blockchain, and which would initially be issued to citizens at the rate of about S£250.

This would not be inflationary, as long as it was impossible to change between scot- and UK pounds. It would get its value because you would be able to pay a proportion of local and national taxes in it. It would circulate using mobile phones. Their report also said:

The lesson is that currencies do not – they never have done – mean the same as ‘sovereignty’, as the old historians used to assume. Or that all currencies using blockchain are only successful as investments – quite the reverse, in fact: most of those bitcoin-style currencies were designed as stores of value.

I am far more interested in other blockchain currencies that mix the functions of money differently (store of value, unit of account, medium of exchange). And don’t let any so-called experts tell you these ideas are not possible…

.“Today we take it for granted that the elimination of multitudinous currencies in favour of fewer national and imperial currencies represents economic progress and promotes the stability of economic life,” wrote the great Canadian urbanist Jane Jacobs in 1986. “But this conventional belief is still worth questioning… National or imperial currencies give faulty or destructive feedback to city economies and this in turn leads to profound structural flaws in those economies, some of which cannot be overcome, however hard we try.”

As long as everyone realises those central truths, there is no reason why the Scottish Executive can’t launch an experimental scotpound straight away.

If it works, and it will require a period of experiment to make sure that it s widely accepted inside Scotland – and maybe also in the borders – then it would start by maximising the use of local resources.

Of course the old stamp scrip ideas suited a time of falling prices. It won’t be right for now – but some of the rhetoric around the 1930s scrip currencies in the USA could still teach us something now, according to a fascinating paper by Sarah Elvins:

“In the American context, there has traditionally been little room in mainstream political discourse for expressions of radical collective action. During the 1930s, scrip organisers were able to encourage individuals to participate in alternative currency experiments by highlighting the relationships of local consumers to the businesses in their communities, by emphasising the ways in which scrip was superior to charity in preserving values like individualism and self-respect, and by shying away from any suggestion that alternative currency was revolutionary or would permanently change the structure of American capitalism. This is not to deny the transformative potential of scrip as a tool of reform: but to remind organizers of future scrip plan that in order for any plan to resonate beyond the realm of local activists, to be truly embraced by a wider public, attention must be paid to larger cultural patterns and beliefs. By appealing to traditional American notions of self-help and individualism, scrip organisers might be able to broaden their support and ensure the continued success of complementary currency issues.”