How to save the centre ground, German style 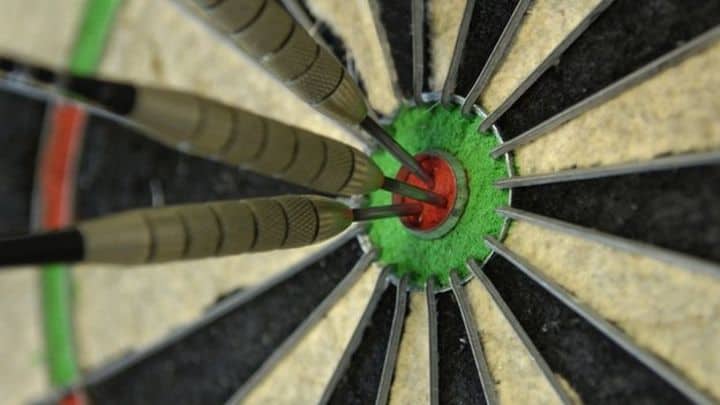 So the ‘Jamaica’ coalition discussions hit the skids in Germany and Angela Merkel may have to think again. The sheer difficulty of getting CDU, CSU, FDP and Greens to agree on migration, economy, climate change and energy policy, and transition in the automotive industry, has proved too much even for Frau Merkel.

Meanwhile, in Britain, the centre ground – and to a large extent the centre party – appears to have momentarily disappeared in the pulling right and left of British politics. Though the Brexit no deal issue may help to resurrect a new, radical centre in Britain.

In all of these disappointing and disheartening pieces of news for centrists in Germany and Britain, one corner of Germany might show how, in the interests of the people, and sound politics, two bitter opponents might converge to ‘save the middle’.

On 15 October, three weeks after the inconclusive federal German elections, the state of Niedersachsen (Lower Saxony, one of the 16 constituent states of the Federation) went to the polls to elect the state parliament. For those unfamiliar with the German system, the Federation only takes responsibility for nation-wide matters (such as foreign and defence policy, overall taxation framework, national energy policy etc) with maximum subsidiarity, particularly on cultural, educational as well as a raft of social and economic issues provided to the Bundesländer (the federal states). So state elections are very important to the citizens in that state. Furthermore, while the Federation may be, say, controlled by the right-of-centre party, a local state might have a left-of-centre government.

As with the federal elections, the Niedersachsen election proved inconclusive. The Social Democrats (SPD) won 37 per cent, the Christian Democrats (CDU) at 34 per cent, with no other party (the usual panoply of parties from Die Linke through to AFD were present) achieving more than 9 per cent. The results were doubtless impacted by the general failure of the SPD to appeal at a national level (their federal results in September were disastrous), though they succeeded in remaining the largest party in a traditionally SPD-led state.

Niedersachsen is a peculiar state, as it combines relatively sparsely populated and rather isolated agricultural regions particularly in the north and north-west (adjoining Holland and the North Sea) with famous commercial centres like Hannover and Braunschweig and the hugely politically influential Volkswagen based in Wolfsburg, plus significant academic centres like Göttingen.

Immediately following the election, the FDP Liberals refused a coalition with SPD and Greens; while the Greens refused a coalition with CDU and Greens. Stalemate might have resulted, with the prospect of new elections, at a time when, at a federal level at least, the far right is currently in ascendancy. The SPD, and CDU, traditionally bitter rivals in Niedersachsen, took the unusual step of opening coalition talks, to ensure that Niedersachsen might have a functioning government without having to resort to yet another election.

Four and half weeks later, and the bitter rivals were sitting at a table announcing to the media the successful conclusion of those negotiations. Stephan Weil, the Minister-President and SPD leader, and Bernd Althusmann for the CDU, beamed with evident pleasure as Weil admitted they had been “astonished” how quickly and easily they had been able to reach a conclusion, following decades of opposition to one another.

So as Frau Merkel struggles to retain her chancellorship, as Britain pulls right and left, what might we learn from Lower Saxony?

Perhaps that a system which is friendly, indeed designed to support coalition governments, is able to conjure unlikely, sensible, practical constellations to save the ‘centre’ (just look at the popular Green-Conservative coalition in Baden Wuerttemberg). That politicians who, whilst bitter political rivals, avoid personal attacks and don’t burn all their bridges may be in a position to discuss common areas of potential agreement for the sake of the state and its people. And that it is possible to put the state, its people and the need to protect the good order of the state before traditional party orthodoxy and opposition.

Minister-President Weil emphasised at his press conference that this was a coalition of the Volksparteien, the main ‘bourgeois’ parties, without the far left or far right. And indeed, without the Liberals, who many might naturally see themselves as the party of the centre (though they are very different from the British Liberal Democrats).

The new coalition of the pragmatic in Hannover’s state parliament has the chance to develop a new centre for Lower Saxony. The usual range of issues facing Germany applies: climate and energy policy, the transition of the automotive sector (hugely important in a state that houses the beleaguered Volkswagen), migration policy and the inequality experienced between the big towns and the outlying rural areas.

Imagination and collaboration may give impetus to these not only in Lower Saxony, but to Germany as a whole. After all, a former Minister-President of the state is the outgoing federal Vice Chancellor.

Good luck to Herr Weil and Herr Althusmann in their quest for a pragmatic, functioning ‘centre’.