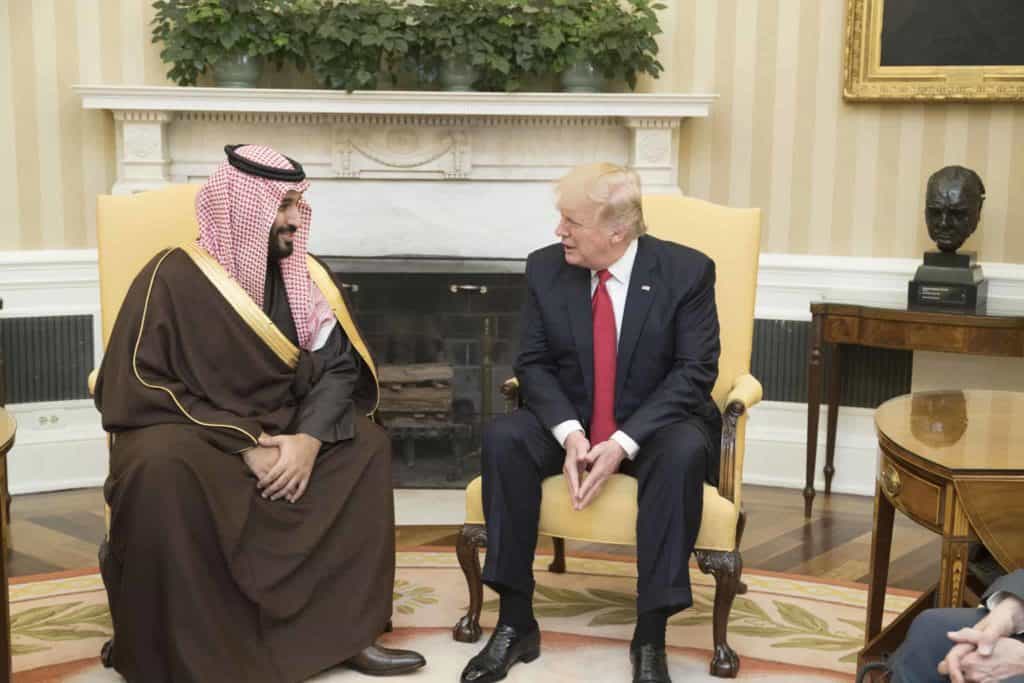 After lying to the world for three weeks, the Kingdom of Saudi Arabia finally admitted that it had murdered its subject Jamal Khashoggi, a well-known journalist in the small community of Middle East observers.

This murder – of which we do not yet know all the circumstances – took place on October 2, in the premises of the Saudi consulate in Istanbul. Khashoggi, 59, grandson of Ibn Saud’s doctor and regular contributor at the Washington Post, known for his critical positions on the policy of the Crown Prince of his country (Mohammed Ben Salman, aka MBS), had made an administrative appointment at the consulate. He had to collect a certificate of divorce to enable him to marry his new Turkish fiancee.

On the same day, the Kingdom had sent to Istanbul, on two private planes, a squad of fifteen “specialists” of the intelligence services. Today, the Saudi authorities are claiming, unconvincingly, that, in the killing of Khashoggi, they acted on their own initiative.

Turkish President Erdogan promised he would make a grand speech on Tuesday, where he would expose ‘the naked truth’ as discovered by his own intelligence services.

In the past three weeks, the Turkish government has subjected the Saudi monarchy to a sort of Persian torment. Without denouncing it officially, the government leaked to the Turkish press more and more details, each one more horrible than the last, about the circumstances of the assassination.

So much so that Crown Prince MBS has earned the nickname “Mohammed Bone Saw” in US journalistic circles. Ankara understood that this case was going to capture the imagination of public opinion around the world and immediately exploited it with skill.

In the triangular game between the three powers most concerned by Khashoggi – Saudi Arabia, Turkey and the United States (for which the journalist held a resident card) – it is Turkey that, for the moment, has the best cards.

Turkey got closer to the United States by releasing Pastor Andrew Brunson, unjustly pursued for espionage; as soon as the Saudi dissident disappeared, Turkey played the innocent; it has weakened the Kingdom by letting it get caught up in its own lies. Saudi Arabia is primarily responsible for the sinking of its own public image (on which it spends some $900 million a year). But the Turks never considered throwing it a lifeline.

Between the neo-Ottomanism of President Erdogan and the modernised Wahhabism of Crown Prince MBS, lies a rivalry for the dominance of the Sunni world – a world that comprises the vast majority of Muslims who are faithful to the companions of the Prophet, as opposed to the shia faction comprised of followers of his son-in-law Ali.

In demographic terms, Saudi Arabia (33 million inhabitants) is far behind Turkey (80 million). But in economic terms, the GDP of the former (684 billion dollars) is not very far behind that of the latter (851 billion).

And if the rise in oil prices continues, Saudi Arabia will again overflow with available capital, which will not be the case of a highly indebted Turkey.

In symbolic terms, the Wahhabi monarchy has the advantage of proclaiming itself the guardian of the two most holy mosques of Islam (Mecca and Medina). But it is hampered by its tacit alliance with Israel, while, since 2010, Turkey has presented itself as the great defender of the Palestinian cause.

Saudi Arabia and Turkey profess very different ideologies. Wahhabism (named after a Puritan preacher who struck an alliance with the Saud tribe in the 18th century) advocates a society that preserves the behaviours of the “pious ancestors” – the Bedouins of the 7th century.

Politically, it demands submission to the legitimate princes. On the other hand, Turkish President Erdogan is a Muslim Brother who has nothing but contempt for dynastic monarchies which he considers intrinsically corrupt, and who believes in the virtues of the political expression of the faithful.

Geopolitically, Saudi Arabia is the ally of the Emirates and Egypt. But in 2017, Turkey took under its protection the rich emirate of Qatar, which was running the risk of being swallowed by its Saudi and Emirati neighbours.

The Saudis pray every day for the destruction of Shi’ite Iran, while the Turks have enjoyed cordial relations with Persia for nearly 400 years.

The Khashoggi affair has revealed to the Muslim world the acuteness of an intra-sunnite rivalry which, until then, was overshadowed by the ancestral Sunni-Shi’ite opposition.