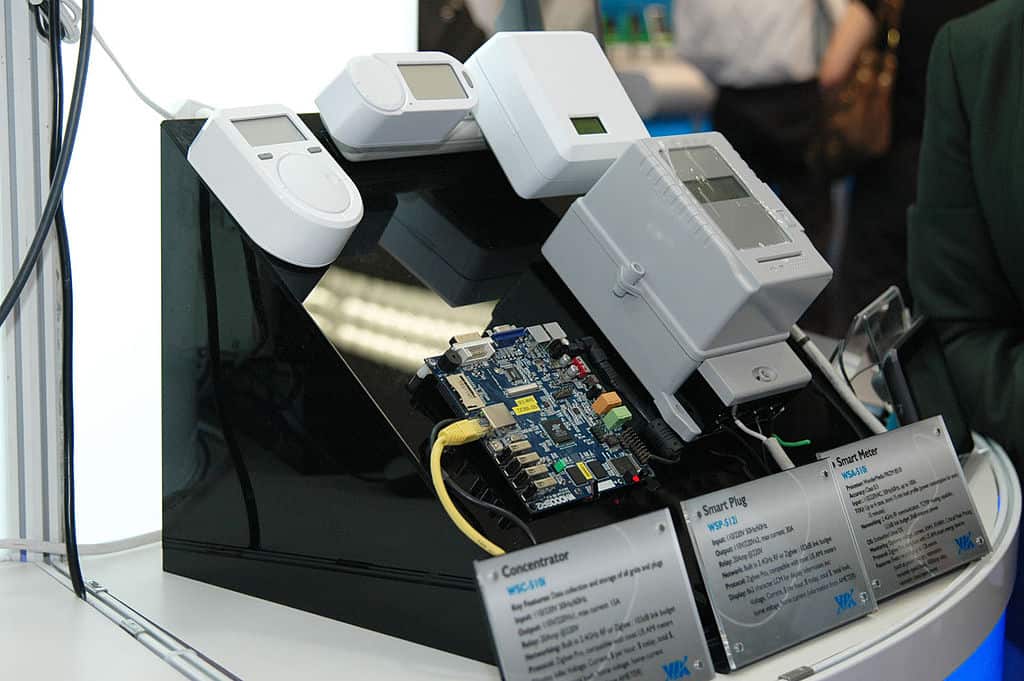 I have just received the latest in a log series of requests and enticement to switch to a smart meter. You’re probably getting them too.

The latest from my supplier, Octopus (for whom I have something of a soft-spot*), offers the chance to win an entire year’s worth of energy just for considering switching to one! Indeed their promo showcases delighted customer Caron who won £1,970 in credit for switching!

They also pointed out in their email asking for the latest reading and asking if I “Want this to be the last meter reading you ever send?. Great! Love automation like this, removing unnecessary work. So what’s not to like?

What they don’t tell me is that adopting a Smart Meter hand them a new, unchecked, power: The power to turn of all my power, remotely. At will. And that this is what is happening to many thousands of households without their consent – and sometimes without proper notice.

Surely suppliers wouldn’t do that? The Regulator wouldn’t let them. Surely?

So you might think but some of the most vulnerable customers who’ve adopted Smart Meters are being remotely ‘Mode Switched’ to ‘Prepay’ mode – whether they like it or not! Which means they pay more. Across the industry vulnerable customers are paying up to 20% more. It get’s worse…

In some cases the most vulnerable customers are currently paying, in cash, up to 240% – yes 2.4x the normal rate, for the energy they urgently need to keep their themselves and their family safe and just tolerably warm!

How come? How can this be? Can energy companies really be acting so inhumanly as to knowingly inflict real suffering on vulnerable children, families and pensioners. In the middle or a cost-of living and an energy crisis?

“Stay in control of your statements and say goodbye to fighting territorial spiders to read your meter — smart meters send your readings automatically. “

The regulators are beyond uncomfortable with the behaviour of the industry as a whole. In fact they’re near apoplectic judging by the tone of a warning letter sent to suppliers in November, but seem largely impotent. They’ve certainly failed to put a stop to this abuse of the power that the Smart Meter grants to the companies.

In November Ofgem also wrote, warning suppliers of ‘serious failings’ and abuse of remote disconnection. This has remained unheeded by culprits.

1 – Remote, Unchecked, Cost-Free ‘Mode Switching’: Smart meters can be ‘mode switched’ remotely – from anywhere, through software. Without reference to anyone. Without any cost to the energy company the lights, and heat, just go out!

Taking away the de-facto checks where previously they’d have to go to the trouble and cost of getting a court order to enter your home and install a Prepay Meter, knowing that others, including a judge, were there to scrutinise their reasons and make sure that the action was reasonable. Including whether vulnerable people were involved.

2 – Clawback: Up to 50 per cent of cash paid for energy to keep the lights (and heat) on is being taken, confiscated, at the point of payment.

Taking half the little money the customer had scraped together to keep them and their family tolerably warm to reduce their energy debt, without consideration let alone agreement or consent.new low: Taking, just paid for, essentials away from needy and vulnerable people in a time of crisis! Leaving them to freeze in the dark.

Given the well known choice being faced by the many in such circumstances effectively take food from the mouths of their children.

And bearing in mind that pre-pay carries a poverty premium of around 20% they’re paying out double on that as well in order to get the energy needed to cook and survive. From the crucial, human-in-crisis, point of view the fact that a deficit is being reduce, by tiny amounts, is entirely pyrrhic.

But there’s a third and very important factor too – and one for which it’s difficult to avoid they impression bespeaks a cold-hearted cynicism, embedded in industry language and practice:

3 – Prove to Me You’re Vulnerable! While to any reasonable person (and absent any real evidence to the contrary) it’s pretty obvious, especially in this crisis, if you’ve ended up on prepay and have payment arrears then you are indeed vulnerable.

In fact being on pre-pay in these circumstances makes you vulnerable!

If to prove it you have to jump through hoops… wait in the queue to the overloaded call-centre to plead your case (which you’re already exhausted and shamed by your inability to meet the payment demands)… know that’s what you need to do in the first place. Also know the, frankly arcane and opaque system that even anyone who’s not in distress finds near impossible to navigate… then its inevitable that most vulnerable people will suffer abuse’. This simple cannot be right.

“Self disconnection” and “Self rationing” are now industry terms which and just linguist slight-of-hand to shift a crucial burden of responsibility from the supplier to the, victimised, customer.

These slippery euphemisms just disguise the fact that the rationing starts when the meter is mode-switched to pre-pay. An action on the part of the supplier.

Likewise so called ‘self disconnection’ is a result of the same action by the supplier, meaning that if the customer runs out of cash they are effective disconnected from the energy they need. Regardless of the consequences.

Adding ‘clawbacks’ to this sorry picture is, in a word, cruel. Not to mention inhuman.

Despite the stricture and protests of the regulators those powers are being abused to further the financial interest of the companies over their most vulnerable customers – while seeking to create the impression that this is otherwise.

Seeking to deal with debts, rather than by the usual means, by abusing those new powers, increasing the effective costs of surviving the energy crisis by imposing clawbacks from all payments. Even in a time of crisis.

Urgent action is clearly required and we have convened a crisis meeting to confront what is a humanitarian emergency.

How students can make a big difference while they study