Radix Fellows respond to the budget 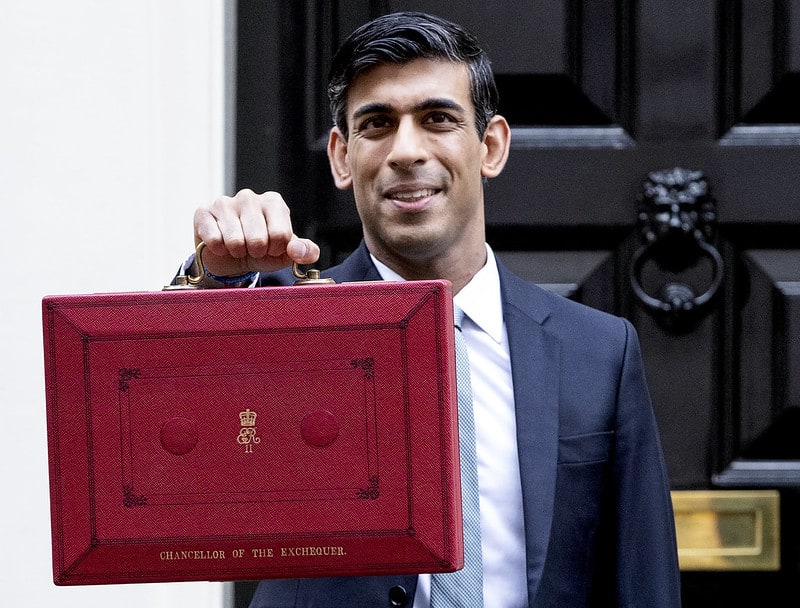 We asked our fellows what they made of today’s budget.  Here are a handful of their responses (please note these are their personal views):

This budget is an exercise in political maneouvering. The Chancellor had to give two potentially opposing messages: (i) the government will support business and the general population through the pandemic and its aftermath (ii) the Tories remain the party of fiscal responsibility.

Overall, the Chancellor has managed to navigate between this Scylla and Charybdis as well as could reasonably be expected. He continues to offer handouts while announcing delayed tax increases that will only kick in once the economy will, hopefully, have started to recover. Focusing on corporate tax for larger companies is probably the least unpopular tax increase he could have come up with.

Less convincing are the plans for the much touted leveling up agenda (OK – new government campuses in Darlington, much hype about freeports, and some money funnelled mainly to Conservative controlled areas). Departmental budgets are to be cut inevitably, reducing public services including the NHS. The green agenda was nowhere to be seen.

Notably the catchphrase of this budget is ‘being honest with the British public’. Maybe the Chancellor hopes that, if he repeats it often enough, some people may actually start to believe it even as he engages in his difficult political gymnastics.

In spite of the challenging conditions, this budget is likely to represent a political win for the Chancellor.

Fair taxation of the quantitative easing-fuelled wealth of private equity partners and hedge fund managers is missing from the budget.

The Chancellor’s taxation programme is regressive and its fundamentals are out of touch with the income and wealth generation in a financialised economy.  Increasingly, corporate assets in the U.K. economy are managed by private equity general partners to extract cash from businesses, while hedge funds are mobilising investments for pure financial return without consideration for the real economy.  Capital gains tax and income tax application to private equity and hedge fund managers need to address this and be made progressive and fair.”

A missed opportunity to accept that Bank of England ownership of 40 per cent of the £2tn debt means it’s not debt at all. It doesn’t need repaying from taxation, which will only take demand out of the economy. Covid has essentially been funded by debt-free fiat money, without any inflation effect. The same should be done to restore austerity cuts, and fund adequate family incomes and welfare benefits.

Disappointing, but politically astute, freezing personal allowances (which nobody notices) and clobbering companies not individuals. No (new) austerity. Chancellor is relying on accommodating bond markets/QE to do the heavy lifting, not unreasonable (for now) in step with US, Japan and EU. Chancellor takes us for fools (or is a fool himself) by resorting to gimmickry if he thinks re-introducing freeports will achieve anything when they achieved nothing 1984-2012. All made a lot easier for him by an inept opposition.

There is little there to give us hope that the economy is going to grow faster in future than achieved prior to the pandemic. Generous investment allowances on their own will not be sufficient to remedy the UK’s lamentably low rate of investment.  Nor is there sufficiently strong encouragement for the types of investment with the highest rates of return – clustering round mechanisation, technology and power –  which are the real drivers of productivity growth.   The fundamental UK problem is that it costs more to produce almost anything here elsewhere and this is very largely an exchange rate problem.  The risk then is that, without the productivity growth which only a manufacturing revival can produce, very slow growth will leave average disposable incomes no higher in 2030 than they were in 2019 or even 2007 – a disastrous prospect from every perspective – socially, politically, economically and internationally.

Our out-dated and unfair property tax system is the elephant in the room of this budget.  While economic support packages have been announced for those worst-hit by Covid-19, there is no such support for the millions of modest and low-income households facing crippling Council Tax bills.  The Chancellor must address this glaring omission when the government makes further, longer-term tax announcements on 23 March or it makes a mockery of his claims to be promoting the levelling up agenda.