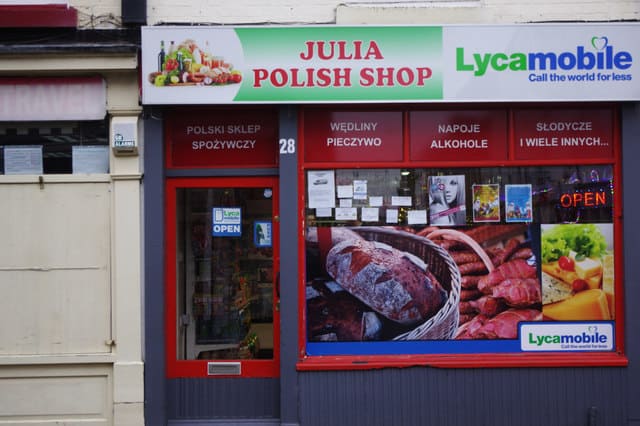 So the cat is out of the bag. Or maybe it is. A document has been leaked about Brexit scenarios, prepared it would seem by the UK Treasury, probably using a wider cross-Whitehall set of experts, which suggests the negative economic impacts of the three main likely ones.

It is not an impact assessment as such. We know this, because we have been told by the Secretary of State for Exiting the European Union that there are no formal impact assessments. It is not a finalised study and should not be understood as such, several ministers pointed out. It does not evaluate the preferred scenario of Britain outside the customs union and single market but striking a free trade deal or some kind of frictionless cross-border trade agreement, as the Prime Minister pointed out.

Anyway, the Treasury’s forecasts were generally wrong, Brexit Minister Steve Baker helpfully pointed out, possibly (and possibly not) implying that the Treasury was biased and would put forward such analyses to promote the case for ‘soft Brexit’.

I am not allowed to read the leaked analysis in full. Only MPs, in a private room, may consult the paper and must respect confidentiality, so as not to undermine Britain’s negotiating position by publicising disquieting analysis. Except if it is shared with the Scottish devolved parliament, which has already threatened to publish it if it receives it.

Much attention in this unholy, very modern British mess has been paid to the arguments in the analysis (not an impact assessment, remember) that the main Brexit scenarios all show Britain performing worse if it left the single market and customs union, than if Britain remained in the single market and customs union. This is currently poison for most cabinet ministers.

Worse, however, is the apparent argument in the analysis that the economic deficit which will result from lower migration to the UK from the EU will outweigh the benefits of any free trade deals outside the EU.

This is explosive stuff for the government and must be proved wrong. It undermines an essential Conservative and Brexit hypothesis: that taking back control of borders, sharply reducing immigration from the EU (to “tens of thousands”) and discouraging new EU migrants from making the UK their home is actually beneficial for Britain.

Wages for lower skilled workers will go up as ‘unfair’ competition decreases, lower skilled jobs currently taken by lower skilled migrants from the EU will instead be taken by British workers, not to mention all the benefits to the cohesion of British communities which derive from having fewer non-British people seeking out medical services, schooling and social care.

Taking back Britain for the British combined with free trade leadership as ‘global Britain’, is the mantra of most ‘hard’ Brexiteers. Only last week, a furious Theresa May rejected Michel Barnier’s suggestion that EU migrants coming to the UK in the transition period (April 2019 to December 2020) should be given the same residency rights as those arriving in Britain before April 2019. We may only be talking about 21 months or so, but Brexit orthodoxy insists on a clampdown on EU migration as soon as the UK leaves the European Union (“Taking back control”).

A right-wing thinktank only recently suggested a new immigration system in which lower skilled migrants prepared to work anti-social hours could be given a severely restricted, strictly limited visa to come and work in Britain after Brexit – to do the jobs the local British are presumably reluctant to do?

So what should the Radical Centre make of all of this? Migration is a poisoned chalice, and one that must be touched with care. Of course, any sensible economic assessment (excluding those analyses written for the thinktanks of the far right in Britain) will conclude that migration is generally positive for the economy and especially for an economy that needs access to labour and increased productivity to keep it strong.

But how does the Radical Centre respond to the plumber in Walsall who earns two thirds of what he used to because of competition from Polish plumbers? Or the painter and decorator in East London who can’t compete with the influx of Romanian decorators who undercut him? Or indeed to the man who phoned into an LBC chat show to complain that (although, he emphasised, he was not a racist) on a recent trip to the supermarket, his was the only white face he could see?

I have argued in a previous article that the Radical Centre relies on a good level of education and that it provides non-simplistic answers to complex questions. But migration is, and remains, a huge challenge for the centre across Europe.

Of course, one might, with sadness, dismiss the concerns of the Walsall and East London tradesmen. In an open, fluid economy with migration to fuel it, there will be losers as well as winners, and lower skilled British workers may be the losers. Globalisation or open borders just don’t work for everyone. As for the gentleman in the supermarket, he just needs to accept that Britain has changed. His part of town is neither exclusively white, nor Christian any more. The newcomers may seem strange, but they are part of the fabric now, so live with it.

One must beware however, that these concerns, both economic and cultural, are genuine, and while one may choose to ignore them, one can’t pretend they don’t exist. That is to be the metropolitan, cosmopolitan elite which lost the case for staying in the EU.

The benefit to the UK economy as a whole of high levels of migration don’t pass muster if you are a specific blue-collar worker competing in a specific trade where foreigners are prepared to work for less. Given a chance to remove some of them, you would take it. Donald Trump understood the rationale of the ‘little man’ with poor prospects all too well. The metropolitan elite clearly doesn’t.

Which brings us back to Brexit – the real question, which the government dare not acknowledge, is whether one is prepared to accept a perceptible decline in economic performance in order to reduce the number of foreigners in Britain? A more British Britain, but somewhat poorer? At least The Times columnist Melanie Phillips was honest enough to admit she would accept a reduction in economic performance to “repatriate our sovereignty”, which to most people means “taking back control” of the borders, or reducing immigration.

The real debate for most people who voted for Brexit, we have to assume, is not about EU alignment versus free trade independence, which occupies the minds of Conservative free marketers, but about higher levels of migration versus lower levels of migration, especially lower skilled migrants. About Britishness. Or perhaps, more pertinently given the referendum vote, about Englishness.

But it is not just England, or Britain, that faces a problem. There is a poisonous cultural debate about integration of migrants even in countries doing exceptionally well economically (Germany and Austria). Migration and ‘othering’ is fuel to the fire of the populists. The Radical Centre can’t ignore these concerns. Imaginative, well-evidenced, well-argued responses must be offered.