Putin will not invade Ukraine. This is why. 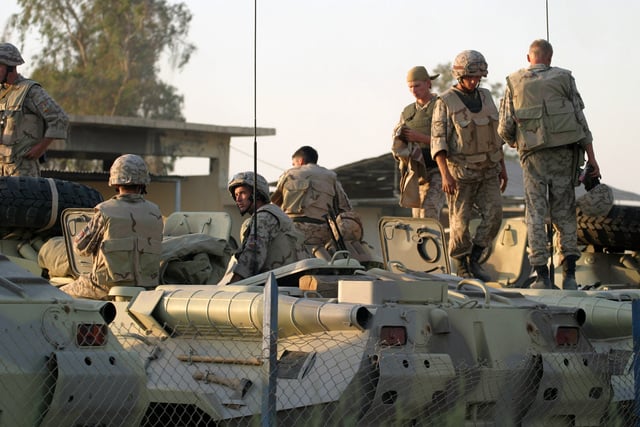 Contrary to the fears publicly expressed by the Ukrainian government in December 2021, and later echoed by the US authorities, Vladimir Putin has no intention of invading Ukraine.

The Russian president has little regard for Ukraine as a country. He considers that the Ukrainians, whose independence dates back to the break-up of the Soviet Union in 1991, do not constitute a nation. He considers them to be the brothers of the Russians. In his eyes, Kiev is a Russian city. For him, the Ukrainians are the Russians’ big brothers in terms of chronology, and their little brothers in terms of geopolitics.

Big brothers by chronology, because Kiev was the capital of the Slavic kingdom of Rus’ (882-1240), converted to Orthodox Christianity by Vladimir the Great in 988. However, the Ukrainian monarchy was destroyed by the Mongol invasion in the mid-13th century.  Smaller brothers by geopolitics, for it was the rada (assembly) of the Zaporogues Cossacks, Orthodox soldiers rising up against Catholic Poland, which freely decided to take Tsar Alexis I of Russia (the second of the Romanov dynasty) as its suzerain, in January 1654.

Putin – like former French President Valery Giscard d’Estaing – has always seen Ukraine as a mere step of Russia, a sort of peripheral entity (which is what it etymologically means) that cannot aspire to any other destiny than that of a buffer state, protector of the territory of Holy Russia.

It is true that this territory has suffered four invasions from the West (Poles, Swedes, French, Germans) since modern times. But the fact that Russia does not deign to talk to Ukraine as an equal does not mean that Putin wants to invade it soon. Because he knows that it is not in his interest. He will not make the same mistake as Brezhnev, the Ukrainian-born master of the Kremlin from 1964 to 1982, who ordered the Red Army to invade Afghanistan.

It was in December 1979 and the aim was for the Russians to install a pro-Moscow communist government in Kabul. Putin has no intention of getting stuck with a guerrilla war in the middle of Europe. Besides, the only thing that Putin has ever been interested in in Ukraine, he has already taken. It is the Crimea with its port of Sevastopol, which has been home to the Russian Black Sea fleet since Catherine II.

After a referendum, in which only Crimeans were consulted, the peninsula was attached to Russia in spring 2014. When you put yourself in Putin’s head, you can better understand his irritation with Ukraine and the United States. The master of the Kremlin cannot stand the idea that Ukrainian territory could host weapons capable of directly threatening Russia.

He does not like the fact that the Americans have delivered Javelin anti-tank missiles to the Ukrainian army and were training it. He fears the deployment of intermediate-range missiles in Ukraine. He points out to the Americans that they themselves did not appreciate Fidel Castro’s installation (in 1962) of Russian nuclear missiles in Cuba, 400 km from Miami.

Putin is obsessed with the possibility of Ukraine joining Nato. He believes it violates the commitments given to Gorbachev (orally) by German Chancellor Kohl and US Secretary of State Baker in March 1991. He said so publicly on 14 December 2021, while proposing to the Americans a general negotiation on security in Eastern Europe.

To show that he is serious about what he says, Putin has ordered the Russian army to conduct 100,000-man manoeuvres not far from the Ukrainian border. However, satellite photos do not indicate any logistical preparations for an invasion. As part of the same pressure strategy, the Kremlin, without claiming responsibility for them, is allowing numerous cyber attacks against Ukrainian infrastructures from Russian or Belarusian territory.

In Russia, cyber privateers abound, to which the state security apparatus turns a blind eye, when it does not instrumentalise them. The Russian services and their privateer friends have managed to infiltrate “implants” not only into Ukraine’s infrastructure, but also into that of the United States. These pieces of software can be activated at any time, causing huge paralysis (of electricity networks for example).

This cyberwar against its neighbours, which has become almost permanent, reflects Putin’s undeniable stiffening of his stance. Unfortunately, the same thing can be seen in domestic politics: the Russian NGO Memorial is persecuted by the authorities, even though it does magnificent research into Stalin’s crimes.