Why you have to pity the poor Bank of England 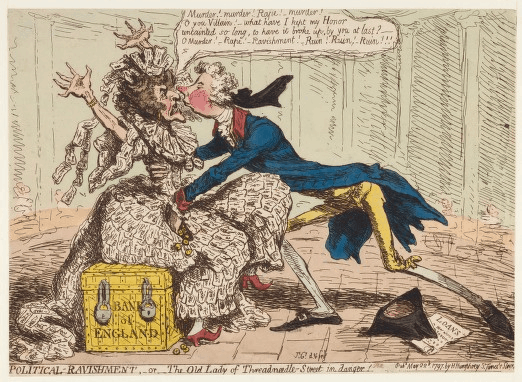 Well, you have to, don’t you. There they are, inheritors of an economic tradition which suggests that they can only use interest rates to tweak the economy – and they can’t.

It is a case of heads you lose, tails you lose. But what other tactics do they have, except – as we have seen – talking up interest rates in the future, which may simply speed up the debt? Or injecting more public money into the economy and raising interest rates now, using the quantitative easing programme.

Mark Carney says that wage growth is at its lowest since the nineteenth century, but he can’t push interest rates any lower. If there is any kind of crisis, what else can he possibly do?

The problem with QE is that, as Radix showed last year in its important report, the programme has been designed and managed without public debate despite its proven tendency to increase the wealth of the richest, but without doing anything to drag up those who don’t happen to own property.

It is hard not to agree with the campaigners at Positive Money that the time has come for a properly constituted system of providing publicly-created money into the system. That is especially urgent, given that about 60 per cent of the money in circulation was created in the form of mortgages. That works until property finds a healthier level of value – in which case, we will need another source of money if we are not going through Keynes’ famous “perigrination in the catacombs, with a guttering candle”.

The other element in the economic tradition that has so constrained the Bank is the fantasy that money is somehow real. It is the Gold Standard fantasy all over again, and it has prevented proper debate about how to provide ourselves with the money flows we so badly need.