The pernicious trouble with diplomatic pre-conditions 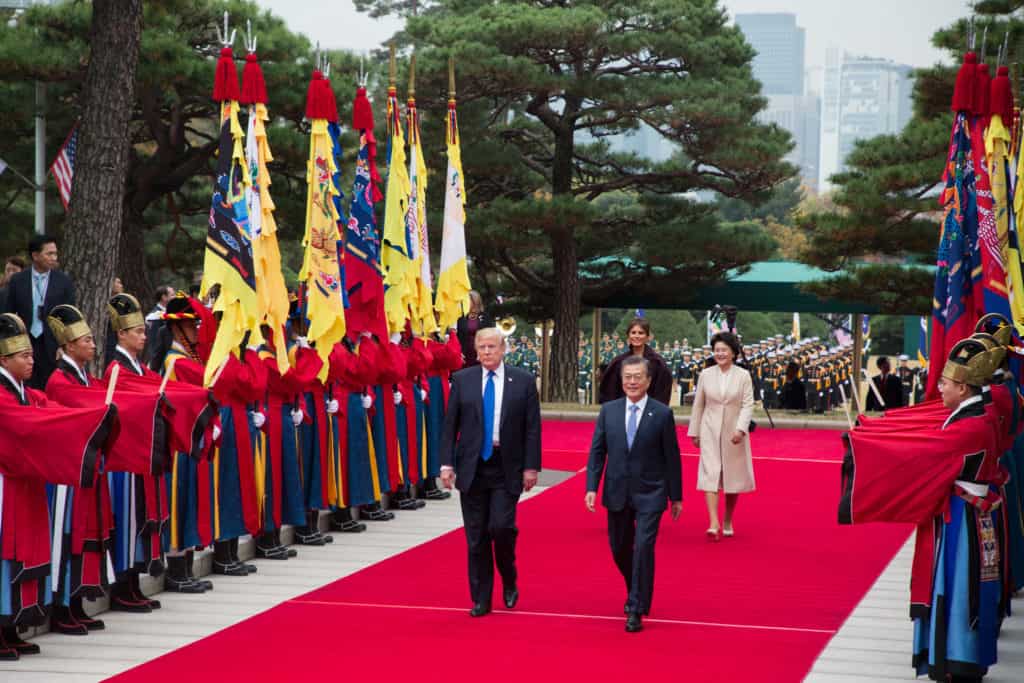 December 14 marked an important event in Asia: the start of a reconciliation between China and South Korea.

Beijing had taken Seoul to task for deploying an American missile defence shield on its territory. The primary target of the High Altitude Area Defense (THAAD) is, of course, North Korea’s nuclear ballistic programme. But the Chinese also saw it as an instrument of erosion of their nuclear deterrent.

They had started to boycott South Korean products and tourism in Quiet Morning Country. But the Chinese president decided on a change of strategy. Differences between South Korea and the US around the North Korean nuclear issue offered a unique opportunity to drive a wedge between the two old allies. Xi Jinping invited South Korean President Moon Jae-In to Beijing, receiving him with full honours. The two heads of state jointly declared that they would not tolerate war on the Korean peninsula.

There was a time when they did talk. In 1994, they signed a framework agreement in Geneva. In 1999, North Korea issued a moratorium on its long-range missile tests. In June 2000, President Clinton eased trade sanctions that had been in place against North Korea since the 1950-53 war. The dialogue was interrupted by the rise to power of Washington neo-conservatives who were determined to force regime change in Pyongyang.

In spite of North Korea’s public condemnation of the September 11 atrocity, President Bush used his speech to Congress in January 2002 to place North Korean within the ‘axis of evil’, alongside Iraq and Iran.

Direct American-North Korean dialogue today (as openly advocated by the United Nations Secretary-General), is prevented by a pre-condition that seeks, as the White House puts it, Pyongyang’s commitment to give up its nuclear weapons. On December 10, in a daring move – contradicted the next day by President Trump – Secretary of State Tillerson said he was open to unconditional dialogue with North Koreans. Immediately adding that he would also reject any pre-conditions (such as the ending of sanctions) from North Korea.

The North Korean case is another example of the pernicious role played by pre-conditions in modern diplomacy. The practice of setting pre-conditions is a machine that hardens negotiating positions and feeds leaders’ egos. It’s a kind of ultimatum: “You do that, or I won’t talk to you any more.” It’s anti-diplomacy.

The problem of Iran’s military nuclear programme could only be addressed when the Obama administration started the dialogue by giving up the demand for Iran’s abandonment of all uranium enrichment as a pre-condition for talks. A compromise was found. A mutually beneficial agreement was signed on July 14 2015.

In 2012, in an attempt to solve the Syrian crisis, the Western powers rightly proposed the establishment of a transitional government in Damascus, one composed of opponents and Baathists. But they mistakenly added a pre-condition: that Bashar al-Assad give up power immediately. It was an unrealistic demand. At that time, Assad alone embodied the authority of the Ba’athist state.

When we interviewed Yasser Arafat in his office in Tunis in March 1991, he agreed for the first time to open dialogue with Israel unconditionally. Shortly afterwards, negotiations between the Palestine Liberation Organisation (PLO) and the Jewish state began in Oslo. They culminated in signing the historic agreement of September 13 1993 on the White House lawn. We all saw the images of the Israeli prime minister squeezing the hand of the president of the PLO.

On November 4 1995, the path to peace was brutally interrupted by the assassination of Ytzhak Rabin by a Jewish religious extremist.

Fortunately, there is an antidote to the pernicious role of pre-conditions in contemporary diplomacy: secrecy.  Israeli-Palestinian negotiations in Norway were conducted in secret. As were the 2014 US-Iran talks in Oman.

Secrecy has three great merits: it avoids ego clashes in public, it facilitates the easing of previous bargaining positions; and it allows exploration of truly original solutions.