Our revolution has been a long time coming 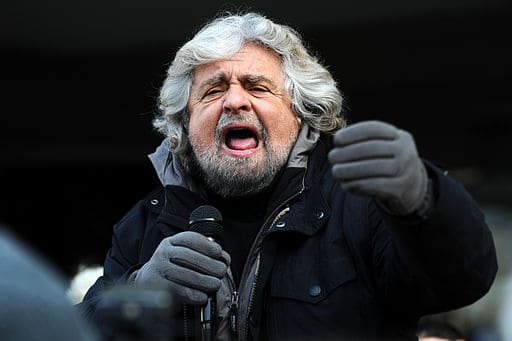 It feels like we’re living through a revolution long in the making. To be fair, I haven’t experienced enough other revolutions to adequately compare it to, but I know I’ve been promised big changes for a while. A ‘gentler politics’, a Liberal resurgence, ‘New Labour’. I certainly didn’t expect constitutional upheaval from a political party which promised a ‘strong and stable government’.

Well, we certainly got big changes last month, although I’m not sure you can call something new if it also happened in the 1640s, just before the English Civil War.

Of course, David Cameron didn’t mean to start a revolution. Foresight is something you rarely have when you are benefitting from the status quo. Actually it was people, voters, who started the change. They wanted ‘new politics’. And although the people might disagree in which direction change must go, they actually probably do agree change itself is needed.

There have been various historic ways of doing this – elections, hand-written letters, graffiti. Referendums have been used when MPs simply are not enough and the people’s opinion must be expressed on a topic directly. Unfortunately for politicians, people seem to quite like expressing their opinions. On lots of topics, actually.

And they’re using even newer ways of doing it, with greater frequency. Take parliamentary petitions for example. Currently there are more than 2,000 open on the government website. One to prevent proroguing Parliament has reached over 1.5 million. We have grabbed decision-making powers from Parliament whenever we could.

Essentially, what’s ‘new’ in politics is that people can complain even more. In fact, 24/7. Non-stop. In ALL CAPS.

And they’re going to expect their broadcasts to be listened to. If you simply mutter expletives at the Prime Minister on Radio 4 whilst you’re making a sandwich in the kitchen, you probably won’t be surprised that he doesn’t reconsider his entire political agenda. But it doesn’t take much to send your sharp and discerning insights into where exactly he should stuff his Queen’s Speech directly to him on Twitter.

He’s probably not going to respond. He probably should. New, insurgent parties would do.

I feel like I’ve spent a lot of time apologising for talking about Brexit to my friends, general acquaintances, random people at the bus stop. But in this case I’m afraid it’s a pretty good illustration for what A Guide to New Political Movements, the book I’ve co-authored with Nick Silver, looks at.

We studied a range of recently-formed political parties abroad and tried to piece out their characteristics. Believe it or not, Britain’s political situation has some striking similarities with those of foreign countries. If the Leave vote was against a political elite, then it would find company in France, Italy, Spain and the Netherlands.

Never mind the actual policies, centrist Macron, right-wing Salvini and socialist Iglesias (leader of Spain’s Podemos) have all intentionally portrayed themselves as political renegades, doing what needs to be done. Sound familiar?

This is new politics number one value – out with the old. But equally important is the revolutionary manner in which they send this message out. Insurgent parties are born on the internet and they stay relevant there. Italy’s Five Star Movement expanded on Meetup, whilst Deputy Prime Minister Salvini is a prolific user of Snapchat.

Politicians have been using this direct communication to connect with individual voters, without media intermediaries. Remember the 2016 campaign? Farage’s ‘Breaking Point’ poster caused outrage on some feeds and support on others’. The outraged he wasn’t interested in. He knew it would reach enough people for whom it did appeal.

The new parties are listening to people, not every five years, but every minute. Hashtags, comments and data are analysed, and the message made to suit. I mentioned Twitter earlier – if you tweet your opinion on, say, the Queen’s Speech, and some party notices, and replies to you, they look more worthy of your support.

So new parties are using social media to create a two-way dialogue between politician and supporter – because they know in the age of instant messaging we can and want to reach our politicians directly and whenever.
On the flip-side, parties are able to directly reach us.

If you’re consuming  instagram stories from only one party and not reading/listening to any other source of opinion plus they know exactly what you like to be told – well, you’ve got the China Daily News straight to your Apple Buds.

The outcomes of the complex relationship between our technological revolution and our desire for more political say are still developing. The revolution is still to be won. Technology creates the possibility of collapsing the distance between us and power. We need to set the balance in favour of us.

What is clear is that those who have understood both social technology and social demands will have a better chance at influencing our future. Our book explores this and explains it all in much more depth.