One reason why crime is rising so fast 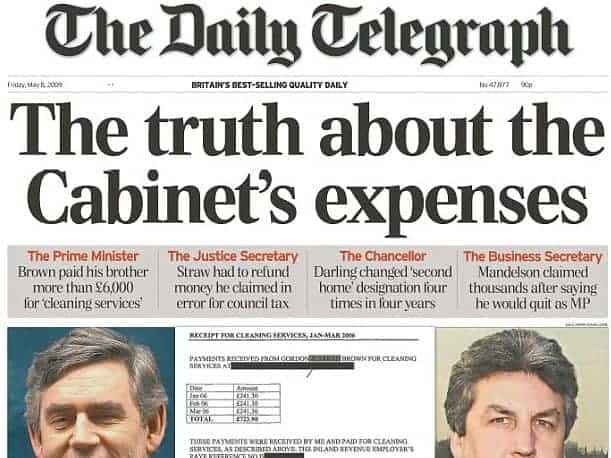 The papers have been reporting on the rise in crime rates across the UK. Burglaries, knife crimes, stalking, sexual offences – all are on the up.

It is tempting to look at the obvious things that might be related to this trend. Falling police numbers, economic hardship, failures in the education system, and so forth.

All these are doubtless important contributors among what is probably a complex and not easily decipherable set of cause and effect relationships.  But one thing that is not much talked about is the undercurrent of changing cultural norms and the impact of the example set by those in public life.

Over the last years, it cannot be denied that the standards of civil and respectful behaviour in public life have been severely eroded. Our politics has become polarised and ever more combative. Politicians have cheated shamelessly on their expenses.

We have seen ever more behaviour, both in politics and in the business world, that cannot be described in any other terms other than arrogant, narcissistic and self-serving. Business leaders keep taking home outsized remuneration packages even as they squeeze wages, destroy pension schemes, and lead companies to collapse.

While we criticize Trump’s ‘America First’ rhetoric, we are immersed in a ‘Me First, Second and Third’ culture. Ministers and other parliamentarians have now almost abandoned even the pretence of acting in the national interest rather than personal and party interest.

And the latest shameful behaviour by the Tory whips in cynically betraying parliamentary pairing arrangements signals the breakdown of any system founded on trust.

Overlay onto that the language and culture that has come to pervade social media slanging matches and it is clear that we are inexorably moving towards a state where violence, aggression and selfishness are becoming a normalised part of our behaviour; slowly displacing a culture of civility, respect and shared endeavour.

In such an environment, nobody should be surprised by a rise in crime.