One person’s inflation can be someone else’s liberation 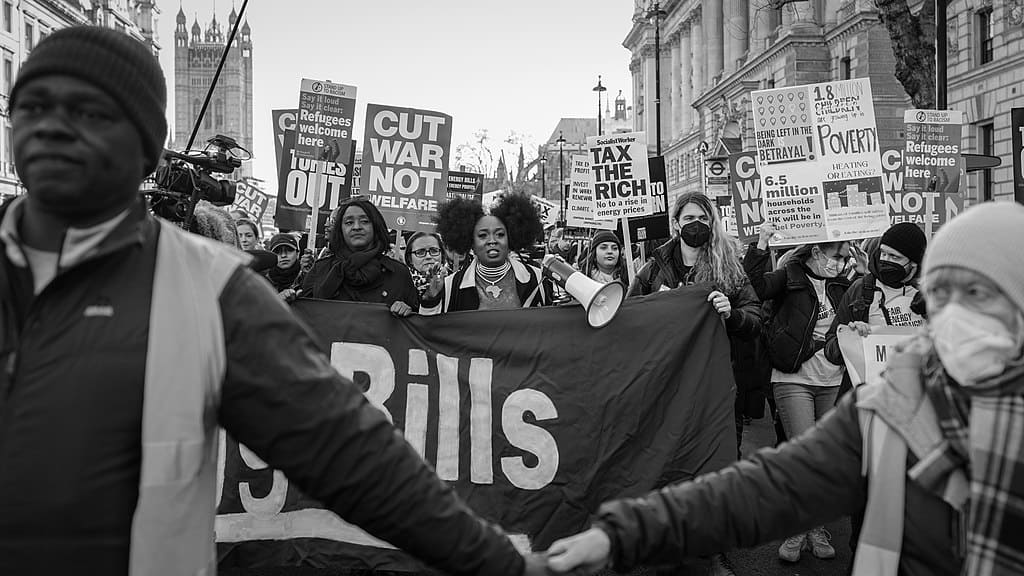 When the dust has settled on the current angst, after inflation comes back down and economies re-emerge from their funk, the post-mortems will ask: how did central banks get inflation so wrong?

They’ve tried to use the Russian invasion of Ukraine as their get-out-of-jail card, saying nobody saw it coming. But in fact prices had been rising long before Putin’s tanks crossed the border, and even after the rest of us could see things were changing, central banks kept insisting it was all ‘transitory’.

Only in November 2021 did the chairman of the US Federal Reserve, Jerome Powell, finally admit it was time to retire that now-mocked term. Having waited too long to tighten the monetary screws, central banks have since had to over-compensate with sharp interest-rate rises that have slammed the economic brakes.

We’re paying the price for their oversights so it only seems fair to ask: did economics fail us?

The answer might be yes and no. Arguably, the economic theory of inflation did pretty well. For all its elaborations, the quantity theory of money is wonderfully simple: the value of money is determined by the balance between its quantity and the volume of goods and services for sale in the economy.

Increase the supply of money faster than the supply of goods and services, and its buying power drops: inflation. Reduce it, and it rises: deflation. Find the right balance, and you get the stable prices that, in the model, at least, encourage the long-term investment so conducive to economic growth.

We owe the triumph of this neoclassical orthodoxy to Milton Friedman, whose famous dictum that inflation is always and everywhere a monetary phenomenon has become sacrosanct in the corridors of central banks. And yet, for all Friedman’s criticisms of Keynesian economics, his idea of ‘helicopter money’ – showering a stagnant economy with cash – bears much resemblance to Keynes’s analogy of burying old bottles with banknotes, then leaving it to private initiative to revive the economy as everyone got to work digging.

The principal difference was that Friedman replaced Keynes’s fiscal prescription with a monetary one, preferring central banks over governments in the management of the economy.

So, after the 2008 financial crisis threatened to bring on a global depression, central banks turned on a firehose of money. Slashing interest rates to near-zero and then buying trillions of dollars of government and, later, corporate bonds, putting so much money to work that the economy averted the worst outcome.

Ever since, economists have congratulated themselves for their genius.

But that supposed genius failed to find a parallel in the political economy of inflation, of which there is little to speak of in monetary economics. In theory, the flood of money released by this quantitative easing would spur a wave of business investment, which in turn would stir output and so raise demand for labour, kickstarting an economic rebound.

But that theory, in no small measure developed in Friedman’s work on the Great Depression, evolved in a time when most borrowing was done to build businesses, houses or infrastructure.

Today, by contrast, a huge amount of borrowing is used to buy assets and real estate – not to build it, but to buy a fixed or comparatively slow-growing stock of it. The result was asset-price surges which eventually reached such extreme levels that Ponzi-like schemes began to emerge.

In the decade that followed the 2008 financial crisis, the balance sheet of the Bank of England rose nearly fivefold, the Fed’s double that. But while stock and property markets boomed, economies failed to take off.

Business investment actually remained pretty tepid. Instead, a river of money bid up the value of assets, from houses to stocks to cryptocurrencies.

Yet central bankers remained Zen-like. With their models waving off asset-price inflation to focus almost entirely on consumer-prices, they saw no cause for alarm. But, as I and some colleagues argued in a recent study, inflationary pressures that would sooner or later explode were building the whole time.

Needless to say, the theory of inflation used by central banks was great for asset-owners, who grew richer by the day. But for people who depended on work for their income, as was the case for most of the population, life often became harder, as their real earnings stagnated and their rents rose.

Being told all was nonetheless going swimmingly in the economy went over as one might expect. Millions of voters turned to politicians who said they’d more or less burn down the system. The fact that central banks took no note of this until very late in the day, and that economists are still saying their discipline triumphed in rescuing Western societies after the 2008 crash, revealed a crippling myopia.

It goes without saying that the existential threat posed to Western societies by authoritarian populism should enter into the considerations of any central bank policy. But while economics needs to do a better job of studying political economy, it struggles to pull that off.

The fundamental problem remains that the neoclassical model treats all humans as essentially-similar rational actors, their microeconomic decisions ultimately leading, once aggregated, towards macroeconomic equilibrium. Governments just have to get out of the way for this to happen and the notion that they, let alone central banks, should start factoring in social and political phenomena to their decision-making will be a tall order for conventional economists.

It hasn’t escaped notice that central bankers, and the prominent economists advising them, tend to be rather well-off. It may be that they waved off asset-price inflation because it was good for their portfolios. However, the cause of their wilful blindness may be more prosaic.

Coming as they do from an unrepresentative subset of society – the wealthy families that can get their children into the elite universities that determine the discipline’s canon (economics being fundamentally a belief-system) – they mix only with their type.

In consequence, economics probably needs to do more than just widen its focus. It needs to widen the pool of people shaping that focus.

John Rapley is a political economist at the University of Cambridge and the managing director of Seaford Macro. His books include Twilight of the Money Gods (Simon and Schuster 2017) and (with Peter Heather) Why Empires Fall: Rome, America and the Future of the West (Penguin, 2023).