Why we need to work with Russia in the middle east 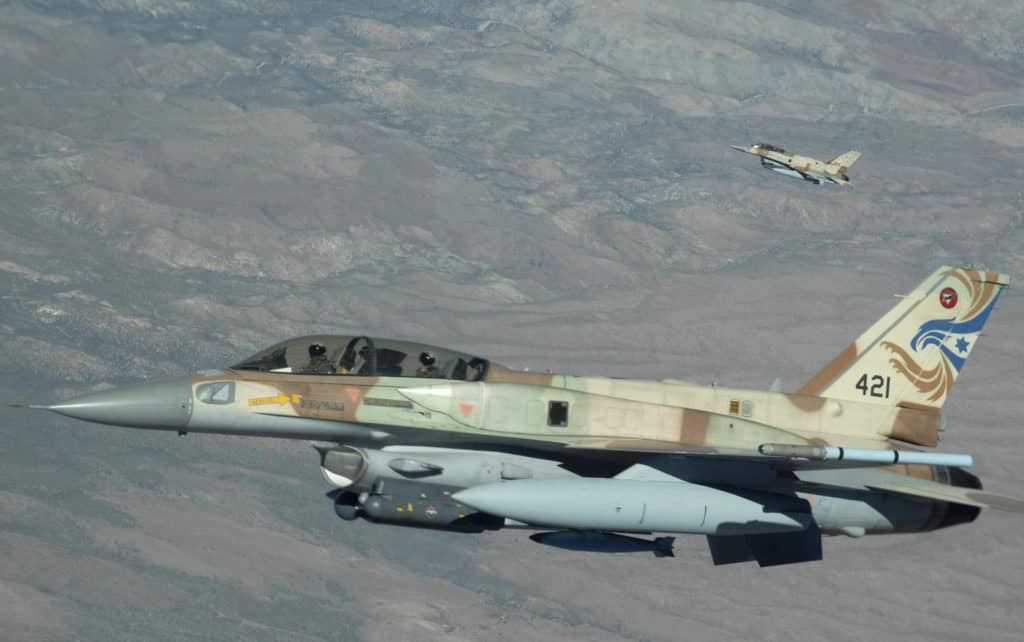 The latest Syrian-Israeli military incident is not simply an unfortunate slip-up. It indicates an escalation in the Middle East, one fraught with danger in the short- and medium-term.

On Saturday, February 10, shortly before dawn, a drone guided from Syrian territory entered Israeli airspace. It was immediately chased and shot down by Israeli Defence Force helicopters. The IDF declared the observation device “Iranian”. Shortly thereafter, an Israeli squadron mounted a sortie to destroy the drone guidance station on Syrian territory.

The eight F-16s bearing the Star of David were greeted by a barrage of Syrian surface-to-air missiles, which managed to strike one of the Israeli aircraft. The Israeli air force estimates that it has destroyed about ten installations, Syrian or Iranian.

Strategically, the Israelis do not accept the idea of a long-term Iranian military presence in neighbouring Syria. This is understandable. Tehran still has not formally renounced Ayatollah Khomeini’s foreign policy designed to assume leadership of the Muslim world, by adopting a hard line against the Zionist state and denying any historical right to Israel’s existence.

It is an absurd situation, for there has never been any real hostility between the Persians and the Jews. Israel’s original dispute was with the Sunni Arabs, not with the Shiite Iranians because the Iranian reformist president Rouhani made the historic choice to open his country to the West. But this artificial antagonism is unfortunately deeply rooted in the minds of the military strategists of Tel Aviv and Tehran.

After this latest air raid, Benjamin Netanyahu telephoned Vladimir Putin. He urged him to put pressure on the Iranians to stop reinforcing their military positions in neighbouring Syrian territory. Israelis maintain close diplomatic relations with Russia with multiple ongoing high-level meetings. They understand that Moscow had become a pivotal point in the Middle East.

Western powers would be well advised to do the same thing. They share four common interests with the Russians in the Middle East. First, we are all fighting the same main enemy, Sunni jihadism, which kills our children on our streets. Second, ever since the last century of the Ottoman Empire, we have felt ourselves to be the natural protectors of the Christians of the East.

Third, we have the same approach to the Kurdish question: no to an independent state (a red rag to the four states where these descendants of the Medes are scattered), but yes to the autonomy of the Kurdish Rojava in Syria, and yes to the resumption of the Ankara-PKK dialogue, which ran from 2012 to 2015, and which President Erdogan abrogated for electioneering reasons.

Fourth, both we and Russians want to maintain the international agreement of 14 July 2015 on the voluntary denuclearisation of Iran, an agreement that the Trump administration has undertaken to sabotage.

The American strategy of isolating Iran is counterproductive. It encourages bad behaviour. For domestic reasons, in order to succeed in its reforms, Iran needs to reintegrate international trade and attract investors. America should welcome the opportunity. It should stop threatening banks wishing to work with Iran and reopen its embassy in Tehran. Then it will stand a chance of being heard when asking the Iranians to abandon their anti-Israeli stance and loosen their military hold on the Levant.

Does working with Russia mean that we should endorse the entirety of its foreign and domestic policies? Of course not. We continue to believe that Russian interference in Ukraine is not in Russia’s own long-term interest. That Russia has enough development territory of its own in Siberia. We regret that Putin has not taken advantage of his seventeen years in power to establish the rule of law in his country, and we encourage him to do so within six years of his next term.

But the spiral of new alliances that are sharpening their weapons in the Middle East (the American-Israeli-Saudi Arabian axis against the Turkish-Iranian-Russian axis) could degenerate into generalised confrontation. Russia is the pivot point on which we must play, to moderate Ankara in its anti-Kurdish paranoia and Tehran in his anti-Israeli rhetoric.

Realism, the cause of peace and our long-term interests, must drive us there.