Fierce in the defence of the right to think differently 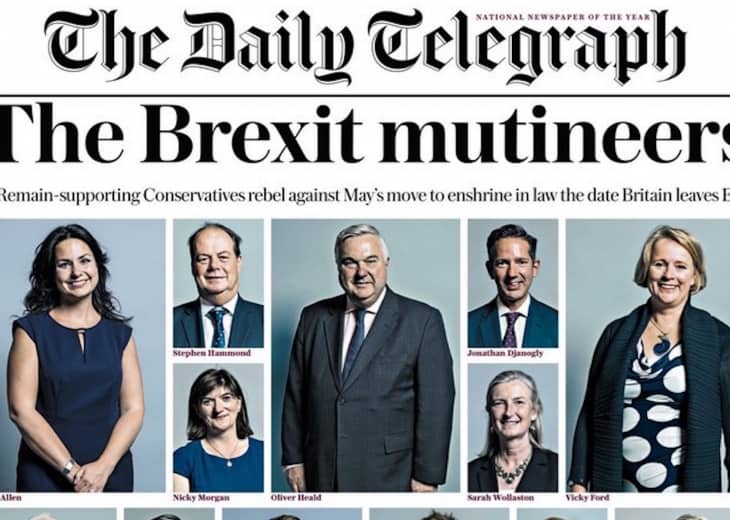 “The peculiar evil of silencing the expression of an opinion is, that it is robbing the human race; posterity as well as the existing generation; those who dissent from the opinion, still more than those who hold it.”

These were the words of John Stuart Mill in On Liberty. They echo the Voltarian principle that, even if one disagrees with a particular opinion, one should defend to the death the right of anyone to express it. As moral philosopher Jesper Ahlin puts it: “In a liberal democracy, the people are at liberty to openly advocate their ideas and criticise their leaders and government’s policies without fear of retribution, civil or public.”

Yet, freedom of expression, the ability to have open debates, and the tradition of respect for those who disagree, is being eroded at a frightening pace.

The Telegraph recently attempted to generate a public backlash against Tory MPs who were doing their duty by acting in what they genuinely believe to be the public interest. The whole Brexit debate has descended into the gutter. There is no respect for alternative opinions. No chance that, in the long-established British tradition of respectful discussion, anyone will actually listen to points made by the other. Anyone who doesn’t blindly and vociferously subscribe to one side or the other is a traitor, unpatriotic, or simply a blithering idiot.

The other disturbing development is the shutting down of open discussion in universities. Administrators are hounded if they provide a platform to anyone who goes against what the student body has decided are the only politically correct views that anyone is allowed to hold.

Now there is shock and horror in parts of the press because a politician who holds anti-immigration views might make it on to the Nobel Peace Prize committee. Some have decided that anyone with such views on a committee will bring the whole Nobel institution into disrepute.

We are inexorably sliding from our once cherished values of liberal democracy into a belief in tyranny by the powerful. Whether that power comes from wealth or status, or from being able to wield the power of the press, or from being able to muster enough social media outrage to stop those with different views in their tracks, or from a government that shows total disdain for parliamentary democracy even as it pretends to be fighting for the sovereignty of that same parliament – the effects are the same.

Neither are these trends limited to one side or the other on the ideological spectrum. The right, the supposedly liberal middle, and the left are all engaged in the same despicable behaviour. The trouble is that, in an age of perceived empowerment by social media, all these groups think they can prevail. They taste blood and they are determined to win.

Maybe it is true that our liberal values were only a short-lived aberration in the long span of human history. Maybe tyranny and the subjugation of those who disagree with us is the natural state of human affairs and we are condemned to return to it. It’s a depressing thought. But liberals had better take it seriously and fight hard for their values.

That is why in our book (The Death of Liberal Democracy) we call for a ‘fierce liberalism’. One that does not take liberal values for granted but is prepared to fight to preserve them. Fiercely if necessary.

Starmer can’t rely on the Conservatives to just lose

How I stopped worrying and learned to love Black Lives Matter

Whatever happened to liberalism?