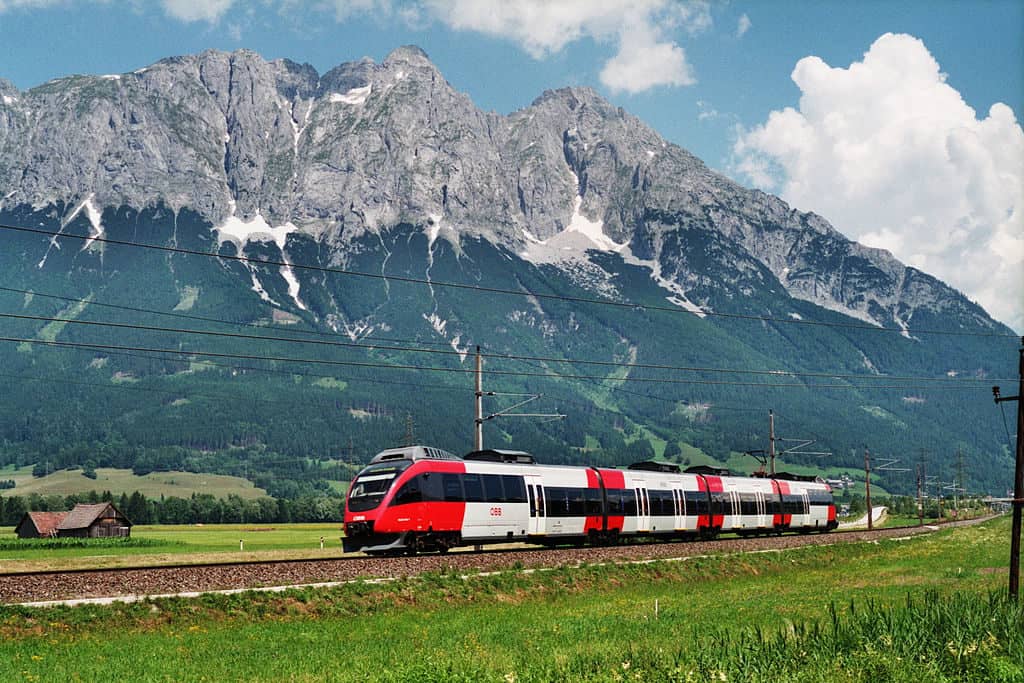 I never went inter-railing, as so many of my friends did in the 1970s, but I have now to mark the imminent arrival of my sixtieth birthday. I went with my children and family, and the trip included Rome, Venice and Vienna, and – my goodness – was I didactic. I’m surprised they never throttled me.

As those who have read my short book about the Southern Rail fiasco will know (Cancelled!), I have recently found myself rather unexpectedly involved in the railway debate. The latest incarnation of this is on the new Financial Times TV report on rail privatisation, which – unusually for television – includes some definite facts which I didn’t know already. There I am in a disturbingly pink scarf.

But travelling around Europe by rail has given me a new perspective on the debate. The trains were not just on time, they were also comfortable, well-designed. And, they were also designed for human beings, unlike the new Southern and Thameslink trains, which look as if they have been designed to be hosed down after use.

The days when Laurence Olivier caught the Brighton Belle, and ate kippers all the way home after an opening night. Never mind the incessant lateness, the constant breakdowns, the sheer incompetence – it is the technocratic transformation of human trains to trucks that really upsets me.

I keep on being asked why. Why is it so bad in Sussex compared to continental rail travel?

Is it primarily because they are nationalised, integrated systems? Because that is the current solution being touted by the Labour Party.

I find myself explaining two peculiarities of the Govia franchise which better explain what has gone wrong. The first is the dysfunctional contract, whereby Govia only gets 3 per cent of the takings, and nothing they can do will make them more of a profit.

The second is that – because of the contract – the dead hand of the Treasury is hugely influential. This is ironic, because under both the current system, and the nationalised solution that Labour proposes, our trains  are run more or less directly by Treasury mandarins. Don’t let us pretend that anything about the current system has much to do with privatisation in any sense of the word.

And there you have what, to my mind, is the biggest threat to humane public services – direct control by the Treasury.

This post first appeared on the Real Press blog.