More about public versus private 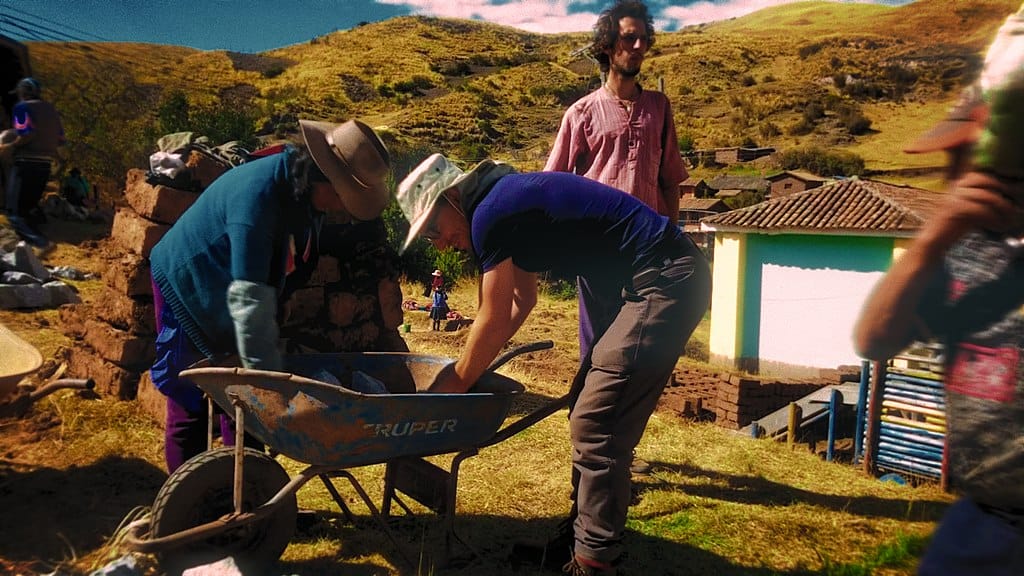 In my essay titled On Commoning, I was not entirely clear that I was drawing upon some of my own implicit (not made explicit) inferences in my use of the terms “public sphere” and “private sphere”.

I used these terms with a number of unspoken assumptions about how the public sphere, as the phrase is traditionally used in some contexts, has been progressively absorbed into what I call ‘the politics of the state,’ and the ethos of the state, which is primarily present as an ethos of competitive property relations which generalises itself in society more broadly than property relations do, per se.

The result is that pretty much the whole of our lives become mostly unwittingly shaped by a culturally unconscious atmosphere of competition.

In this atmosphere and its habits of thought and perception, life seems fundamentally to be about us versus them, me against you, them against us. Life and politics becomes perceived and experienced as a struggle against competitors and a battle for hegemony or supremacy.

Wikipedia says “The term [public sphere] was originally coined by German philosopher Jürgen Habermas who defined the public sphere as “made up of private people gathered together as a public and articulating the needs of society with the state“.

If this origin of the phrase “public sphere” is historically accurate (which I’ve yet to confirm), I suppose I ought to become much more familiar with Habermas’s writings on this topic before making proclamations about these matters. For that matter, I also probably ought to read what Hannah Arendt has said on the public and private spheres.

It is quite possible that what I mean by ‘public sphere’ isn’t precisely what Habermas or Arendt—or others who use the phrase in a particular, restrictive historically constructed sense—had in mind. Perhaps I should use ‘public domain’ instead — and thus public, private and communal domains? Or maybe there is some other word I should use, rather than domain?

I’m not sure how much I want to read of Arendt and Habermas. I’ll explore. And I’ll explore other tangents and avenues around this matter of the ‘proper’ meaning and understanding of these terms.

Among my implicit inferences in On Commoning is the rather obvious tendency for the word ‘public’ to become discursively and practically caught up with ‘the politics of the state’, as if the only meaning of ‘public’ were one which must necessarily emerge within property relations in the sense of ‘public property’ and ‘private property’.

This distinction is overwhelmingly a legal one.

And there are strange and curious splinterings here, in which public life, as the life of the state and its politics and doings, has divided or fragmented along its juncture with the private domain as legal property relations.

A fine example would be the formation of the so-called “Commission on Presidential Debates” (CPD) in the USA. The CPD was created as a private (albeit non-profit) organization by the two dominant political parties in the USA — Republican and Democrat.

Clearly, these otherwise contentious political parties collaborated to form the CPD for a mutual purpose: to choose the criteria by which a “third party” candidate could participate in the debates. By forming the CPD as a private entity, the two parties hoped to keep the meddling public out of their decision-making process.

By forming the CPD as a privately owned and controlled entity, not unlike that of a private club, the two dominant parties managed to divide the people from their own political process. Not that there’s anything new about that!

I suppose my point is that there are several major senses of public and private, and it isn’t altogether clear how these can be decisively and sharply distinguished, or how we can relate them together so that there is allowed some sometimes necessary overlapping.

It goes without saying that there are some very major differences in decision-making protocols, laws and regulations which sharply distinguish public and private spaces along legal lines. If I own a building, or a piece of land, I can decide most of what is to be allowed in that building or on that land.

If the land is held by the public, if is government land, decision-making authority and power has an altogether different set of procedures and protocols.

Also implicit in my thinking about the domains of public, private and communal is the sense that of these three, only the communal sphere has not been absorbed into an essentially competitive ethos of cultural practices.

But I’m here speaking of a sense of the private domain (sphere?) which centers property relations as the principal division of social space. And Habermas and Arndt (and others) seem, perhaps, to make less of that distinction in their framing of this vocabulary.

That is, when I said ‘private’ in the last paragraph I was not so much referring to the privacy of your bedroom, your choice of bedroom partners, the legitimate secrets you keep to yourself, the relaxing hot bath you take in winter. But all of these tie to property relations, too. And it isn’t entirely clear how the lines ought to be drawn—although it is also perfectly clear. How’s that for a paradox!

What is really important in all of this discussion, I think, is that we find a way to honour and acknowledge the communal domain of our social and political life as a distinct domain and space which has its own implicit set of meanings, values – and politics.

The communal doesn’t happily rest or nest in either the public or the private domains, be these legal or political or social conventions. It’s a third space of social life which we need to take seriously.

And one of the main reasons we need to take the communal domain (or sphere) seriously is that without this acknowledgement we cannot enact a politics of the communal — because we’ll not be able to either imagine or talk about it.

There is another politics implicit in the ethos of the communal which has long been neglected – precisely because we’ve not yet been able to imagine or talk about it. Political and social practices are tied to political and social discourses and imaginaries.

This post first appeared on the R Word blog.