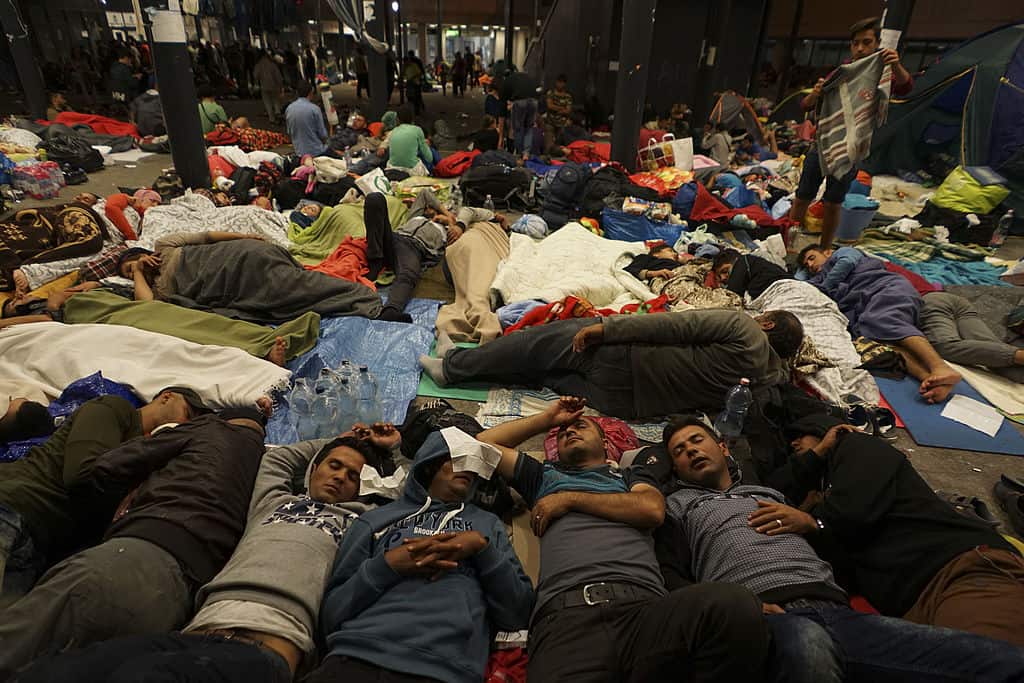 After the military humiliation suffered by his expeditionary force in Syria at the end of February 2020, the Turkish president decided to punish the European Union (EU), which was in no way responsible for it.

As he had publicly announced, Recep Tayyip Erdogan has launched an assault on European borders by hundreds of thousands of young Muslims living in his country from the Middle East and Central Asia (mainly Afghanistan). With their limited means, Greece and Bulgaria immediately decided to secure their borders (which are also those of the EU) with Turkey.

On the morning of Monday 2 March, the French president tweeted in support of these two EU member states. He called on other European countries to do the same and stand up to Turkey. But, once again, Angela Merkel abandoned Emmanuel Macron.

The Chancellor is indeed afraid of confronting the Turkish President. She thinks that it is dangerous to stand up to this autocratic Muslim Brother and that it is better to try to reason with him. At the beginning of 2016, she had, with substantial European funding, concluded an agreement with him to stop the flow of refugees directed towards Europe from Turkish territory. This agreement will have lasted less than four years.

Erdogan has now resumed his migratory blackmail against Europe. Merkel does not understand that, in international relations, one must never give in to blackmail. Blackmailers always end up reneging on their word.

Merkel sees no problem in giving Erdogan more and more guarantees. She is ready to increase European aid to Turkey (for the moment, 6 billion euros have been committed and 3.2 billion has already been disbursed), to abolish visas for Turkish citizens and to receive more migrants on European territory for “humanitarian” reasons.

We should not doubt Mrs Merkel’s humanitarian sincerity. Today, as in August 2015. At the time, she had publicly stated that there were 800,000 places available for refugees in Germany. This strategically important statement – made in the heat of the moment and without the slightest prior discussion with her colleagues in the German government, the Bundestag or the European Council – created a fantastic appeal to the millions of miserable people in the Middle East, Central Asia and Africa, attracted by the European social “Eldorado”.

Germany, a champion nation in terms of organisation, immediately did everything possible to integrate the 1.5 million refugees who had come to its territory. They were generously housed and fed: 600 hours of German classes were offered to adults. For their children, special “welcome” classes were opened in schools.

Leaders and media around the world have since praised Merkel’s generosity. It erased the awful memory of Hitler, who had driven out or murdered the 523,000 perfectly integrated Jews living in Germany in 1933.

Most German economists have welcomed the influx of refugees because, demographically depressed, Germany is suffering from an increasingly tight labour market. In fact, more than a quarter of these refugees have found jobs, and German institutes estimate that this rate will rise to 50 percent in the next five years.

After admitting in 2010 the “failure of German multiculturalism”, Merkel set her country on a multicultural path. The problem is that the economic integration of refugees (mainly in manual occupations) now works much better than cultural integration. Families prefer to keep their culture of origin rather than make the effort to immerse themselves in German civilization.

Little by little, communalism is taking hold, which risks fracturing German society. Has Angela Merkel understood that people, even in modern societies, are more cultural beings than economic agents?

Since 1949, Germany has had a truly democratic political system. Does the Chancellor realize that she is undermining it by not getting her migration policy democratically approved? After all, German society has every right to want to become multicultural. But it should also choose to do so openly.

Has the Bundestag clearly approved this strategic choice? Does it determine each year, on behalf of the German people, the envisaged quotas per country of origin? No.

It is time Merkel understood that this is a dangerous denial of democracy.