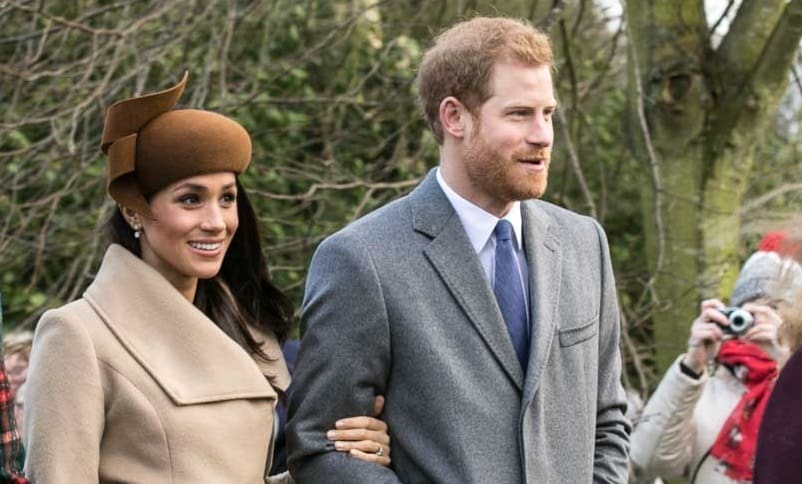 I have been moved to write this blog by Harry and Meghan’s recent Netflix documentary. I must admit I haven’t actually watched any of it – I struggle to think of anything that would be a less useful way of spending 6 hours. However, as the BBC deemed its release newsworthy enough for a live news feed, I took the trouble of skimming through this news feed to see what the fuss was about.

I may have been missing something, but I failed to find anything that was newsworthy or even remotely interesting. Yet this absence of content still managed to provoke enraged headlines –  “So hurtful: Royals ‘deeply upset’ by Harry’s slurs,” thundered the Daily Express, “Palace Anger at ‘Assault on the Queen’s legacy” indignipined the Daily Mail.

At this point I had a flashback to years ago when I last read Orwell’s 1984. If you remember, people in Oceania had to participate daily in the Two Minutes Hate – where they communally watched a film depicting the supposed dissident Emmanuel Goldstein and his followers, openly and loudly to express hatred for them.

Meghan, and to a lesser extent her sidekick-prince-consort, perform the function of Emmanuel Goldstein.

The fact that Goldstein is Jewish is important, but only in that it is one aspect of his otherness. Similarly, Meghan’s race, gender, background, and so on, are helpful secondary traits, but they are not the main purpose.

So what is the main purpose?

Obviously, readers may or may not have strong views on the royals, but this is not about royalty per se or whether Britain should have a different constitutional settlement, but how they are being used by the media and to what ends,.

For my sins, I daily scan the national newspapers’ front pages. I have observed that it is unusual for the Mail and Express not to have a picture of a member of the royal family on their front page every day, and often royal news is the main story.

Frequently, the Telegraph and Times follow suit. I haven’t done a statistical study, but it would appear that the frequency has been increasing with time. Also, in the past, the coverage has often been highly critical, whereas now coverage tends towards beatification, especially in the case of favoured females and children, or demonisation in the case of Meghan.

There are a number of explanations as to why these papers might report frequently and favourably on the royalty. Many of these papers are pro-royalty, there is a soap opera aspect, turbo-charged with the popularity of The Crown, blurring the lines between fiction and reality.

The royals are the ultimate celebrity gossip subjects,- and moreover – both the celebrity and soap opera aspects are appealing to the readers of the MailExpress, dressed up in royal garb is differentiated from downmarket celebrity gossip of Love Island or footballer WAGS.

Beyond this, as we witnessed at the Queen’s funeral, many people have deep affection for members of the family. Although the monarch has practically no political power, they do have ceremonial responsibilities which are part of British culture and therefore reporting on them could be argued is cultural news.

Finally, all of these papers are strong supporters of the Conservatives, and they use royal news to distract from the very bad performance of the government and attempt to create a feel-good factor which is sorely lacking in public life.

These are all explanations why the media might report on royals frequently and favourably, but the actual reporting is on a whole different level, Publishing a photo of the Waleses on your front pages every day is not just performing pro-royalty, it’s more like a secular religion, like what you see in Cuba – where posters of Che Geuvara are ubiquitous as the martyr of the revolution, itself reminiscent of religious iconography.

Also, this does not explain the treatment of Meghan – a straightforward pro-royal strategy would be to either ignore her or play down her apparent criticism.

The bileness of her treatment is not exactly feel good. And the royal family are not under threat –  Republicanism is not really a big movement at the moment in Britain. If anything, the newspapers’ reporting risks provoking an anti-royal reaction.

If these straightforward explanations don’t explain this beatification and demonisation, what does?

The Italian Marxist Antonio Gramsci distinguished between War of Position and War of Manoeuvre. The War of Manoeuvre is, for Gramsci, “the phase of open conflict between classes, where the outcome is decided by direct clashes between revolutionaries and the state. War of position, on the other hand, is the slow, hidden conflict, where forces seek to gain influence and power.”[1]

The use of the royalty is a war of position – it is an attempt to define Britishness as having a quasi-religious regard for the royals.

If you don’t sign up for this, you are not really British. The bile directed at Meghan and Harry is evidence. Yes, they are flawed mediocre human beings, but so are the favoured royals, and so am I. But Harry and Meghan are apostates and need to be shamed and ideally they should be burned at the stake.

If you are, God forbid, a republican, you deserve the same – or so they imply…

You could argue that this is all harmless fun and no one takes the MailExpress seriously, except of course the collateral mental health damage inflicted on Harry and Meghan.

But the use of the royal family is a pernicious part of the cultural wars. It’s not just perceived anti-royals who are not British, but liberal lawyers, tofu eating North London podcasters, remoaners, etc.

Being British is ignoring the complexities of the modern world and harking back to a Merry England of royals, empire, class and patronage.

It’s no coincidence that their ideal PM is Johnson, who embodies this. But unfortunately, the world is modern and complex, and if you are run in this way, you get the other things that Johnson embodies, bumbling incompetence, performative policies and undermining intuitions.

Or the Kwarteng budget – “At last a real Tory budge,t” commented the Mail at the time, having done everything they could to get the incompetent Truss into power rather than the multicultural, technocratic Sunak – qualities loathed by the MailExpress.

This beatification is not harmless at all – it’s a deliberate attempt to split and polarise Britain into them and us, removing from power those people and institutions which are competent to address the problems of a modern world, leading towards the ultimate breakup of the UK.

This sets England on a path towards a failed kleptocratic state – a mixture of Orban’s Hungary, and Trump’s USA, nut of course with specifically British characteristics.

Britain has a history, or at least a self-image of very low levels of corruption,  so this might seem fanciful. But we had a preview of what crony capitalism and fleecing the state looks like during the pandemic, and this should shock us into the realisation that yes it happens here, and quickly too, if you don’t have institutional protection to stop it.

It is not the royals’ fault that they are being used for this agenda, ironically King Charles’ and William’s views on the environment and society, are despised by the MailExpress, but the royals are being used, and ultimately it is dangerous for them.

They need to see the danger and try and extricate themselves  – they need to  attempt to re-define themselves into something more modern and distance themselves from these ideologues – before they are drowned in this poisonous mixture of sanctification and bile.