How to make borders a bit fuzzier 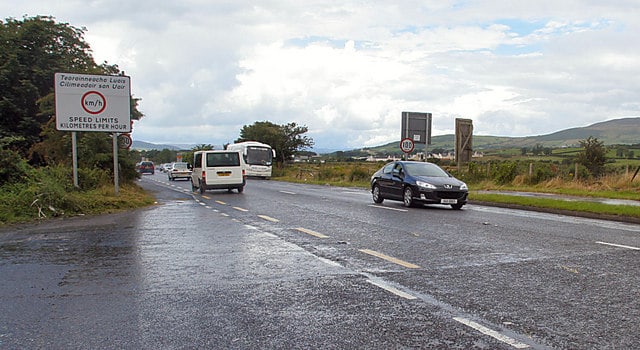 I always listen to the actor Adrian Dunbar. Partly because he shaped my favourite film (Hear My Song) and partly because he is exactly my age. He was on the radio yesterday, talking about his project to speak Homer’s Odyssey on five beaches in Donegal.

The idea is part of a programme called Art Without Borders.

It struck me afterwards just how much borders undermine most of what is important in real life. They prevent friendship, frustrate culture and enterprise. They are a triumph for the bureaucratic mind.

This attitude should not necessarily make me a Remainer. There must be better ways of abolishing borders than creating a monster edifice like the European Union. But that doesn’t help us now that a Brexit coalition seems determined to bring them back.

The difficult trick that needs playing is always the same, and there were times when the EU has achieved it – it is to pool sovereignty without losing what is important about local culture. It is to create an indeterminate and ambiguous borderland that is both shared and obviously owned.

This is the problem when it comes to the Irish border. It must not return, but it is hard to imagine a border that isn’t a border, which is what we are going to need.

But there is a glimmer of a thought which I can’t entirely get rid of. The Anglo-Irish agreement provided for a supranational body that would hold together the various people’s and nations of the British Isles. It was to be called – and is called: it meets occasionally – the Council of the Isles.

I’m not sure this currently moribund body provides any answers to the border problem. What it does do, perhaps, is to provide a critical element of ambiguity about the UK, which might help deal with those intractable problems like Irish unity and Scottish independence.

If the Council of the Isles was to mean something, and become something real, it might provide us with a measure of that vital ambiguity about sovereignty that Brexit threatens to torpedo. I recommend it.

The Return of Industrial Strategy

Will we really need to increase taxes to pay off Covid debts?

How ‘following the science’ has let our country down