Macron was right on Iran in Biarritz 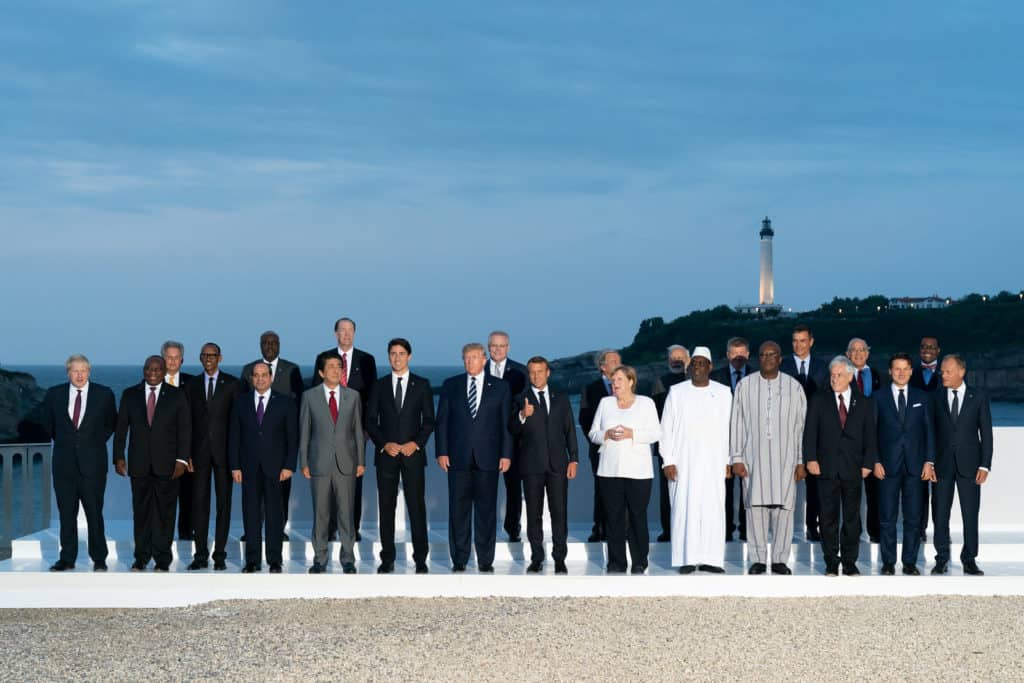 Created by President Giscard d’Estaing in 1975, this economic club of the seven most advanced democracies in the world (United States, France, Germany, United Kingdom, Italy, Japan, Canada) produced two thirds of the world’s wealth at the time.

Today, its share of value added has fallen to 45 per cent. With a low birth rate, it now represents only 12 per cent of the world’s population. This means that this club is far from representative of the entire planet. Receiving the G-7 for a summit in France and giving it meaning was therefore a challenge.

The French president took it on. The American President’s advisers complained in the media that France had diverted the G-7 from its vocation by introducing non-economic subjects such as the security of the Sahel, the fight against global warming, women’s rights and the Iranian issue.

The economy of the Western Hemisphere is not just Wall Street.  It is directly impacted by geopolitical events, and by changing perceptions about the future of the planet.

The G-7 is not a club of central bankers, it is a summit of heads of state. It is wrong to believe that politics and diplomacy are driven by economics. The opposite is the case. A prosperous economy, such as the one Europe experienced after the Second World War, is always the result of previous political decisions, decisions that have been carefully considered and discussed.

The fact that Sahelian countries, India or Egypt were invited to Biarritz for strategic discussions with some G-7 members did not affect the effectiveness of discussions among club members. What is wrong with Biarritz becoming an extraordinary diplomatic hub over three days?
Given the historical links between Pakistan and the United States and the recent visit to Washington by Prime Minister Imran Khan, was it not important for the American President to be able to discuss with the Indian Prime Minister, Narendra Modi, the Kashmir crisis, an abscess of confrontation between two nuclear powers?

On the subject of form, Emmanuel Macron had the intelligence to organize a surprise lunch on Saturday, August 24, in private with Donald Trump, in order to have a real two-hour discussion with the leader of the world’s leading economic power.

The very uninhibited American president landed like a UFO in the hitherto hushed world of high diplomacy. Macron is one of the few Western leaders to have understood how to handle it. In tweets of unusual amateurism, Senator Lindsay Graham and former UN Ambassador Nikki Haley vilified Macron for his alleged “lack of respect for the President of the United States” for unexpectedly inviting the Iranian Foreign Minister, whose plane landed on Sunday afternoon – to almost universal surprise.

It is obviously not in Congress that we learn that good diplomacy requires a minimum of secrecy. Macron had obviously, during the lunch on August 24, warned his American counterpart and received a nihil obstat.

Trump said later that he had not felt offended but that it was too early for him to speak directly to the Iranians, while wishing their country would one day return to its former prosperity. The fact that the Iranian Supreme Leader has allowed Javad Zarif to travel to Biarritz is also an important step forward. Macron succeeded in relaunching the international dialogue on the crucial Iranian nuclear issue and achieved consensus on a twofold objective: no Iranian nuclear bomb (which would relaunch nuclear proliferation in the Middle East) and no fourth Gulf war (which would only make the situation worse).

Macron understood that America’s total economic strangulation policy on Iran was not reasonable. But in his relationship with his American counterpart, the French President is realistic: rather than tackling the issue head-on, he seeks to nudge it forward, knowing that Trump will never compromise on his campaign promises.

Macron was not always so good at diplomacy. On European integration, after his brilliant speech at the Sorbonne (September 2017), he had piled on unnecessary moral lectures, fueling a damaging division between “progressives” and “nationalists” within the European Union.

But in Biarritz, he was able to demonstrate Gallic diplomacy, that is, independence, inventiveness, courtesy and realism.