Libya’s chaos isn’t over yet 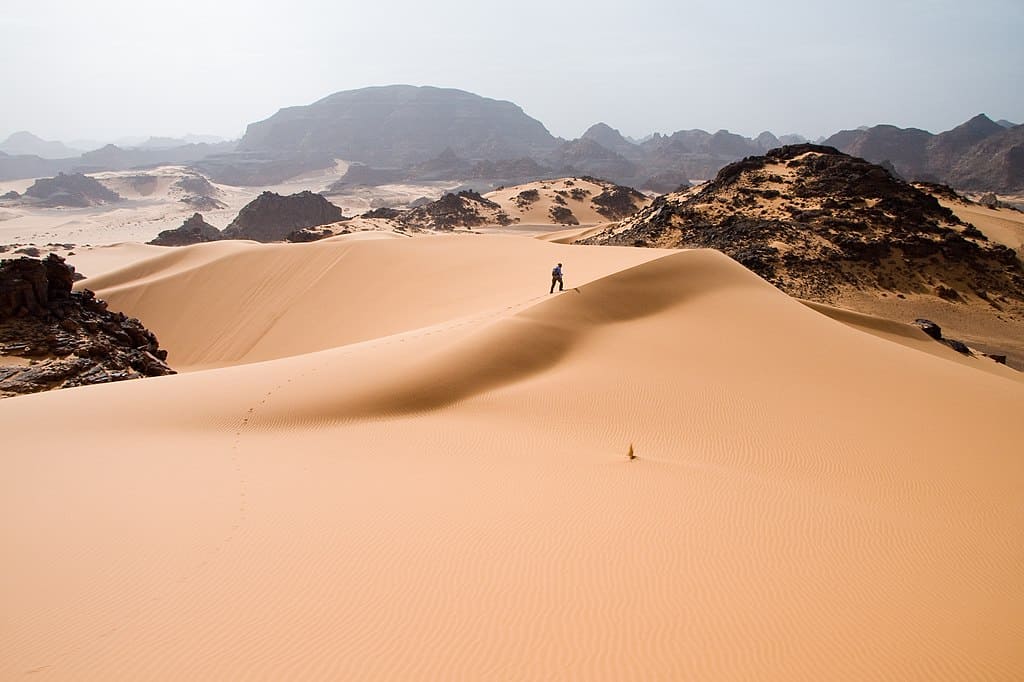 On 12 November, a major international conference on Libya was held in Paris, co-chaired by the leaders of France, Germany and Italy, as well as the Libyan president and prime minister. These brothers-in-arms, who did not manage to travel to Paris on the same plane, had been temporarily elected in February 2021 by a 75-member “Libyan Political Dialogue Forum” convened by the UN in Geneva.

At the closing press conference of this summit (which was also attended by the US vice-president and representatives of all Libya’s neighbours), Emmanuel Macron announced, with satisfaction, that presidential and parliamentary elections by universal suffrage would be held in Libya on 24 December, and that an agreement had been reached to begin the withdrawal of foreign forces from Libya – mainly Russian mercenaries from the Wagner division, and Turkish soldiers accompanied by their Syrian jihadist supporters.

but saying things, even in front of a prestigious audience, is not enough to make them happen. Today’s elections, even reduced to the presidential ballot, will not take place. The lists have still not been finalised and the polling stations are still not ready. Chicanery has prevailed over organisation.

Will these presidential elections take place sometime in 2022? Maybe they will, maybe they won’t. But in any case, are they really the solution to the Libyan problem? Don’t they encourage the division of the country rather than its reunification?

More than ninety Libyans have applied. All of them appear to be representatives of a clan, a tribe or a town. None of them has the reputation and charisma to represent the whole country – Tripolitania, Cyrenaica and Fezzan.

The most serious candidate is the current Prime Minister, Abdel Hamid Dbeibah. He is an engineer, former president of the Libyan Investment and Development Company under Gaddafi. This businessman, from the powerful coastal city of Misrata (linked to Turkish interests in the Mediterranean), was elected to his post last February by the college of 75 Libyan delegates, which had gathered at the UN in Geneva.

Since then, he has shown seriousness in his management, paying the salaries of civil servants and the pensions of retirees on time. He is a man who has been able to distribute the oil windfall to the population, a role that is obviously fundamental in this desert tribal society.

There is also Marshal Haftar who holds the city of Benghazi. He was a friend of the French. He tried to take the capital Tripoli by force in 2020 but failed. As his family stole quite a bit, his popularity dropped, even in the east of the country.

Finally, there is Saif al-Islam, Gaddafi’s son. He is less criticized than before for representing the former regime, which was dictatorial but stable, or for being the subject of an arrest warrant by the International Criminal Court for his role in the repression of spring 2011. What is new is that he is accused of links to the Russian mercenaries of the Wagner Division.

None of these three personalities has the leadership and tribal base to turn the country around. This is a country with immense resources for a population of less than 7 million souls. But the state, in the sense of an organised structure respected by the citizens and able to survive all regimes, has never existed in Libya. From 1969 to 2011, there was only the dictatorship of Colonel Gaddafi, who was able to distribute the oil wealth equitably among the country’s various tribes, and who was even able to share it with neighbouring states.

France and NATO eliminated Gaddafi in October 2011, without having an alternative to lead the country. Westerners are naive to believe that electoral democracy will be enough to move the country forward. In Iraq and Afghanistan, the Americans have held several unquestionably free elections. But these regular elections have failed to strengthen the state. In tribal or clan-based societies, elections often divide rather than unite the country, as voting is primarily ethnic. In elections, citizens do not vote on government programmes, but rather vote to strengthen their communities.

In Libya, Westerners are rediscovering an iron law of politics. It is always a strong and respected state that creates the democratic vote. Never the other way around.

The Editor writes: This is our final blog post of the year – we will be back on January 4. Very merry Christmas in the meantime (and also a happy and prosperous new year too!)…