Is this the last chance saloon for the Brexit hard right? 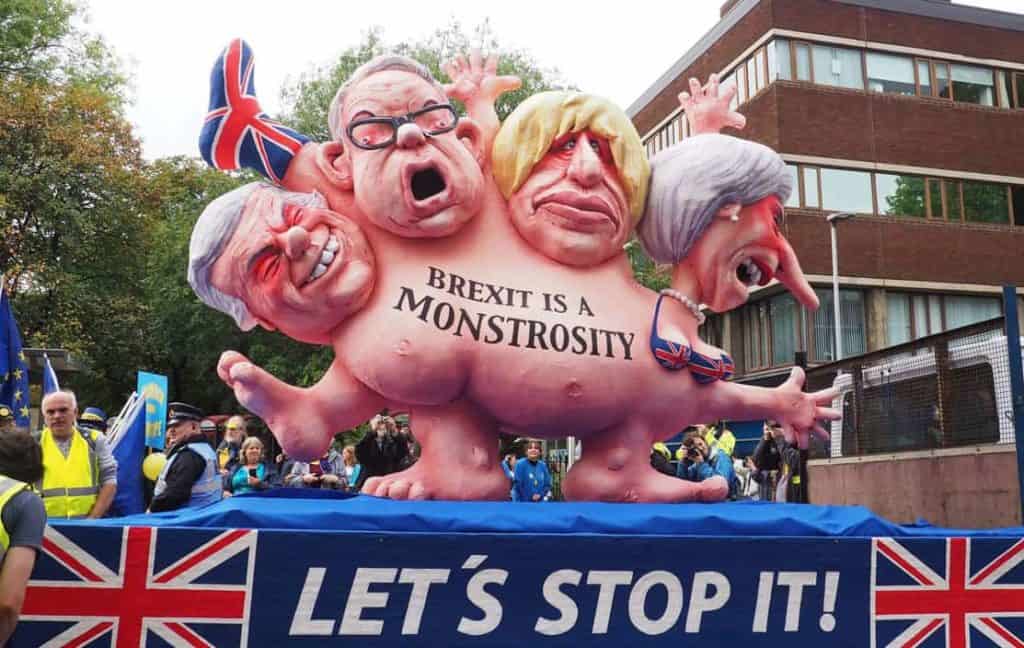 Brexit deadlines come and go. Agreements are nearly achieved, but 95 per cent ready is 0 per cent agreed, as both sides are keen to remind us.

However, it does now seem that as we approach Christmas and an apparent timeline cut-off point for some sort of Brexit political agreement (the trade agreement will take months more to achieve), we have reached “last chance saloon”.

The assumption is that it is the last chance for Theresa May to save her premiership (this may be so) and the last chance for what is left of the sensible centre ground of British politics to save the UK from crashing out of the EU, but in fact, one might argue, it is actually the last chance for the hard right of the Conservative party to achieve what it has set out to achieve ever since the successful referendum – not a “hard brexit” as such, that is simply the means, but the end vision of a very low regulation, very low tax Britain that might result from a Hard Brexit, and a change of leadership in the Conservative party[1].

One senses daily now that the hard right of the Conservative party (occasionally described as the “hard brexiteers”, or “post-Thatcherites” even “anarcho-Thatcherites”) recognises its one great chance to radically reshape Britain into a new-con, Trump-comparable low regulation, low tax Britain is slipping away as a possible Brexit agreement approaches, which aligns the UK with a more European model potentially for years to come.

Much has been made of the anti-immigrant rhetoric that dominated the referendum campaign, but this is not core to the hard right’s vision, it represents another means to an end (indeed the Migration Advisory Committee’s recommendations suggests there will be still be plenty of immigration to the UK, although the mix of skills and the countries of origin may change).

“Hard Brexit”, defined as Canada-style very loose agreement with the EU or preferably, for the true ideologues in this faction of the party, no agreement at allowing maximum divergence from the EU, is the means to an end. Without it, Britain remains, possibly, in a measure of regulatory and customs alignment with the EU, limiting the scope by which regulation and tax can actually be slashed. “Singapore-by-the-Sea”, or more accurately, a copy of Trump’s tax and deregulation drive, the much lauded “bonfire of regulation”, will be difficult to achieve if there is any measure of alignment with the EU’s regulatory framework.

This is why so many on the Hard Right extol the virtues of what David Davis comically describes as the “WTO deal” (as though the WTO were waiting on the sidelines to sign a deal with the UK to save it from regulatory alignment with the EU).

It is noticeable how comparatively quiet Jacob Rees- Mogg, Boris Johnson and David Davis have been since the Conservative party conference, where they were the only show in town. Pizza evenings in Andrea Leadsom’s office aside, they have not ousted the PM and have not (yet) secured a WTO outcome or Canada Plus.

Of course, I may have underestimated the Hard Right’s position in this complex game of Brexit chess. If Sabine Weyand and Olly Robbins fail to conclude an agreement which their political masters can get ratified, if the UK does leave the EU with no transition and with a rupture on March 29, then the Hard Right may hold all the cards.

Whether or not they could dethrone Theresa May and replace her with Boris Johnson is less relevant than the Chancellor’s recognition that, outside the EU framework entirely, a new economic model may be required to attract the business investment from outside Europe that will be needed to replace the businesses that will withdraw from the UK (or palpably reduce their investment, including Japanese car manufacturers). The door is opened to low regulation and dramatic business tax cuts.

There is a sound intellectual argument that, if the UK is entirely outside the EU’s orbit and must compete with it, foreign companies would welcome a very low regulation and low tax environment as a counterpoint to the “burden” of doing business in the EU with all its environmental, social and workers’ rights.

In this scenario, we can assume that the need to conclude free trade with various partners worldwide will override a raft of social, workers and above all environmental concerns. The Environment Secretary may protest as much as he likes that he will uphold animal welfare and food product standards, the realities of a free trade deal with the USA on Trump’s terms, concluded with the help of the Department of International Trade, not DEFRA, preclude that.

Will the government crash, a new election bring to power a socialist Labour party which in turn will prevent the low tax, low regulation Britain hoped for by the Hard Right? Quite apart from the unlikelihood of another election in the coming five months, there is no indication Labour under Jeremy Corbyn would win an election. If they could offer an intellectual heavyweight, diplomat and negotiating-capable leader, it might be a different story.

The next weeks will be dramatic, and are vital to the future of the Hard Right, and the centre ground, in the UK.

[1] For an intellectual underpinning of this “small state” ideology, one might read Jacob Rees-Mogg’s father’s co-authored book “The Sovereign Individual” (William Rees-Mogg and James Dale Davidson).