La-La-La-La! The Conservatives weren’t listening, but neither was Labour 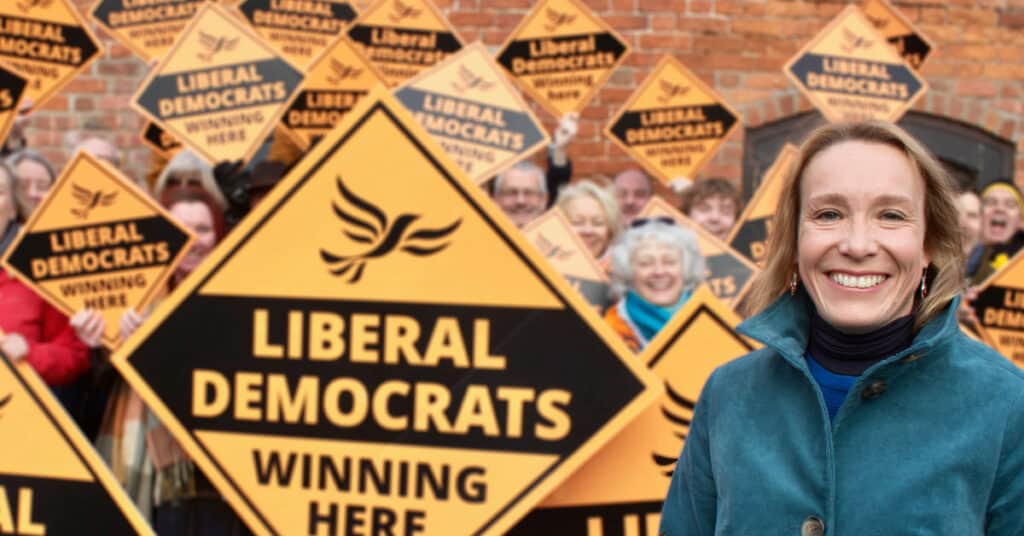 The great sage of the US House of Representatives, Tip O’Neill, gave us the admonition that ‘All politics is local.’. Recent by-election wins by the Liberal Democrats are a good reminder that Tip was right.

Chesham and Amersham should have taught the Conservatives that lesson. But it didn’t. North Shropshire should hammer it home. But it won’t.

The strength of the Liberal Democrats has become precisely what the two bigger parties decided was its weakness. Oh so quietly, the LibDems have been focusing on local issues in councils and parishes. They’ve been getting intimate with potholes and ambulance response times and the minutiae of planning regs and bin collections.

Most damaging of all to the Two Biggies, they have fielded local candidates who speak to their prospective constituents as neighbours. Their time in the wilderness has been well spent.

If one candidate has skin in the game, those doorstep conversations sound very different. In North Shropshire, it wasn’t just that Boris Johnson has dug a sewer and is declaring it a hot tub for him and his mates, it’s that he sent in a suit picked by Conservative Central Office to run against someone who rolled up their sleeves and did the unglamorous local work.

Now, if my Twitter feed is anything to go by and many days I look at it and am tempted to go ‘BYE!’ with a waving hand emoji for emphasis, Labour’s collectivised head is exploding over the latest contest. In the run up to the North Shropshire vote, they could not accept what their polling was undoubtedly telling them – again. Distant third? It’s a lie! The LibDems are unprincipled! They believe in nothing! They’ll tell voters one thing in one place and the opposite somewhere else!

Well, draw near my little red rose friends. Are you sitting comfortably?

Political parties are not religions. Treating voters as heretics is a very bad look. You are not inherently morally superior and people who don’t vote for you are not bad. They don’t want to kill the poor. The Lib Dems are not closet Tories. Your party leadership saw which way the wind was blowing and didn’t waste resources on either of these contests and nobody likes a scold. Got that?

The Liberal Democrats may just have found a recipe for that secret electoral sauce. Championing issues that are important in each constituency isn’t the hypocrisy that Labour alleges; it is the basis of representative democracy. It is actually part of Liberal political philosophy.

The Conservatives used to derive strength from the public’s perception of their probity and, well, conservatism. Keep things nice and don’t smash up the place. But they too got religion. Brexit.

Chesham and Amersham is a Remain voting, London commuter belt constituency and North Shropshire is a mix of rural and market towns and majority Leave. Why both elected Liberal Democrats should be sending a message to the present government. The voters who didn’t want Brexit still don’t and the people who did have noticed that either it isn’t working out very well for them and/or the Conservatives got it done and seem bored so they are smashing up the place.

Covid has given voters in both constituencies and the country as a whole a common struggle that affects every social and economic group. Boris tried to market himself as a Churchillian leader in wartime. With every new revelation about revels (and VIP lanes for crony contracts), they increasingly look like war profiteers and blackout breakers. They look corrupt and decadent in an age of hardship and communal sacrifice.

Labour is looking at their improving national poll numbers and getting a false sense of entitlement. They are taking away precisely the wrong message. It is obvious that in a time of turmoil, the electorate would rather be led by someone who combs his hair.  The voters certainly want to feel reassured that the people at the top are acting in the national interest and not their own.

But,  North Shropshire was not a referendum on who its voters trust at the top. It was a by-election to decide who they trust to get an ambulance for their mum. The winner of that contest was the candidate who was concerned about the exact same thing. They couldn’t win affluent Chesham and Amersham by shouting FOODBANK! against a candidate  who didn’t want a stonking great railway cutting in their back garden any more than their neighbour did.

Labour has spent the years since 2019 laughing to themselves about their effective squeeze of the Lib Dems and now they really need to turn that into a hug. They are too far off being a winning electoral force after the scorched Corbyn years to be proud. To dislodge the Conservatives, they need friends in marginal places.

Those friends know every pothole and rut. Those friends have knocked on every door and asked what ails the people who open those doors. They are Liberal Democrats.