We all need a bit of magic in our lives 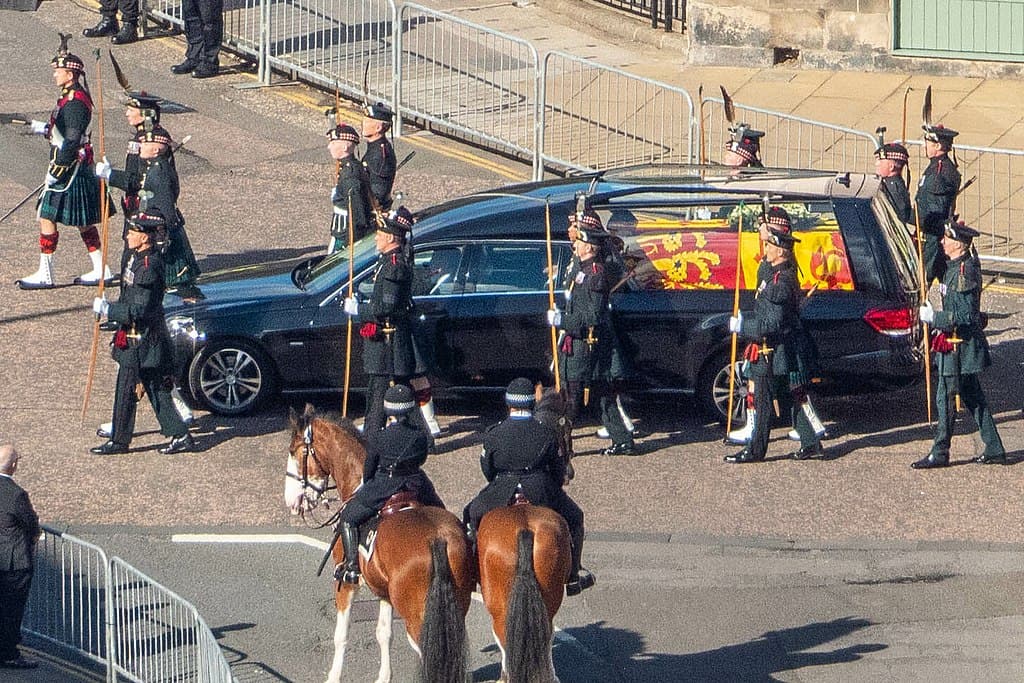 I am currently engaged in a debate with a Lib Dem friend (hello Chris!) about my last posting in this blog – about why I’m not a republican.

It’s a private debate, which is why I’m not saying who it is. He said he tried to post his comments underneath the blog, but he gave up in the end and just sent them to me.

He accused me of sentimentality. Let’s be fair and say that he also thinks that, for the time being – until we get “more important things like a written constitution, PR for the Commons and councils, reform of the House of Lords, making Britain less London-centric, etc, the monarchy is the least bad option for providing a head of state”.

He adds that “anyone calling themselves a British liberal must address the issue that any country that denies its citizens the right to aspire to being head of state needs to have a bloody good reason for doing so”.

This is where I have to disagree. Accusations of sentimentality are also accusations of emotionalism in politics – a serious charge these days.

Why?  In case, by being emotional about stuff you end up like Trump – or worse. This is especially true in the UK where enochlophobia rules – the fear of crowds, which has been the case since at least 1780, when the Gordon Riots tore London apart.

The trouble with this attitude is that it makes life pretty dull.

Why did the anti-Brexit forces fail? Because they stayed rigidly cerebral, explaining Project Fear logically. If they had dragged out Vera Lynn and a couple of Spitfires, they might have been more successful. As it was, they left all the emotional elements to the other side.

I exaggerate of course, but Liberals ignore the emotional at their peril. It is a case – to quote General Booth, of why the devil should have all the best tunes.

Some years ago, I wrote an essay in a collection called Reinventing the State a sort of social liberal response to the Orange Book – though it was written by many of the same people. The essay was called ‘Liberalism and the search for meaning’.

That was a quotation from Hillary Clinton, ironically enough, because her techocracy – the antithesis of meaning – was what may have lost her the presidential election against Trump. I wrote this:

“Modern liberalism rejects both modernism and economism and it does so on the basis of its own faith: that there is no measuring system that can sum up human beings; that there is no political system that can control them; that only when you allow them the imagination and skill to solve the problems that confront them does humanity move forward. That need not be a religious faith, but it is a belief nonetheless, and it derives from religious dogma that was originally theological, recognising – as it does – that there is an element of the divine in all people, whatever their class, race or creed…

“None of those three insights listed above derive exclusively from the faith traditions that went to make up modern Liberalism: both British nonconformity (and its scepticism about power) and Catholic social doctrine (and its scepticism about centralisation). But they all imply a sceptical approach to the world as it is, a refusal to accept measures of power or wealth as they claim to be. They all demand a different bottom line to measure institutions, beyond value for money.”

I stand by every word, understanding that all politics – as Hilaire Belloc said – has theological roots.

“What lies hidden behind all the figures by way of genuine, personal, human experience?” asked the great liberal dissident Vaclav Havel in 1975, challenging the penchant of Czechoslovakia’s communist regime for utilitarian statistics:

“Supposing we ask, for example, what has been done for the moral and spiritual revival of society, for the enhancement of the truly human dimensions of life, for the elevation of man to a higher degree of dignity, for his truly free and authentic assertion in this world?”

That is why I get nervous when senior politicians on the left say, as Alistair Campbell once did, that they don’t “do God”. Because if the left decides this, they will find it hard to speak to people’s profound longing for meaning, including spiritual meaning.

None of this implies that every leftist party needs a spiritual dimension – or that only  monarchy can provide these things. But it is tremendously important that they don’t rule them out.

Because there is a mystical hint of magic about a monarchy, if it stretches far enough back.

That is why – as I wrote last week – the monarch takes those intolerant strands that tend to emerge in former empires and renders them safe. Without their kings and queens, many former monarchies in Europe have flirted with fascism over the last century or so.

I don’t believe I am being sentimental about the monarchy. Nor do I feel I am being deferential.

There is a paradoxical equality under a monarchy, where money and wealth is irrelevant (or to ought to eb). Which is why you might have found people yourself next to people like David Beckham, Theresa May, Jacob Rees-Mogg, Keir Starmer, Tilda Swinton or Sharon Osbourne. alongside everyone else in the great five-mile 14-hour queue…

I know there are many of us on the left who believe that the system is everything. All I would say is that everyone needs a bit of magic in their lives as well.

And if that is sentiment, then I happily embrace it…