Join us to talk about how to level up and regenerate 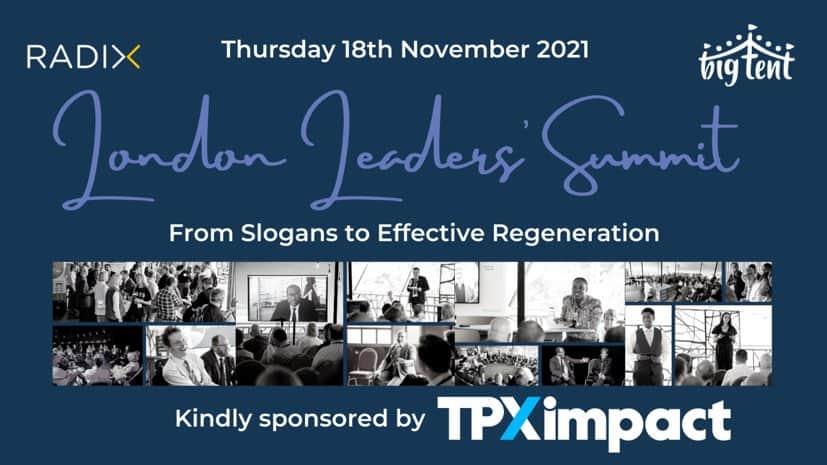 I have been very interested to see the slow return of a broader consciousness of history, after it has driven out by a combination of modernism and economism. I would like to think that my own, very tentative timeline for a history of community development since 1940, published over the summer by the Local Trust, has helped a little.

Either way, last week, I found myself at a fascinating online conference in the Spaces of Hope: People’s Plans programme – and was wondering, gently to myself, about why so much of what has happened before, and how much has been achieved – by the Eldonians in Liverpool, the Glasgow housing co-ops or in Coin Street on London’s South Bank – has been so quickly forgotten.

Whose fault was it that recent governments have shown so little interest in community-driven, bottom-up regeneration?

Traditionally, most of us have blamed the political right, and it was true that the Thatcher government was not very interested in sharing power with impoverished communities.

But I have a feeling that the conventional Left needs now take an  equal part of the blame – given that they are all so nervous about appearing populist or Trumpist, that we are not supposed, any more, to doubt what the ‘experts’ say – or state officials – when most community development has to start precisely with that kind of scepticism.

Somehow we need to remember that people and communities have some reason for scepticism about conventional regeneration – that somehow all we need to do is to persuade cities to specialise and the build motorways and IT superhighways, and – hey presto!

Unfortunately, most cities specialise in precisely the same sectors, none of which – however hopefully we may train the locals – are likely to employ most of those who need it.

It could therefore be the political Right which takes the necessary leap of imagination. That is what I wondered when Michael Gove, of all people, launched a report at his party conference called Trusting the People, published by the New Local thinktank and the New Social Covenant Unit and written partly by Danny Kruger, Gove’s new parliamentary aide, and other Red Wall MPs.

It is interesting because it talks about the next stage of Conservatism which is to “to put power and trust into the hands of the British people”.

Gove has been assumed to be backing these principles for his own version of planning reform. Needless to say, the Tory ‘free market’ thinktanks – Adam Smith, IEA and Cato – are not too happy about it.

Here is the argument, it seems to me. Almost nobody wants to go back to the pre-1970 age of building upwards by targets, launched by Harold Macmillan as housing minister, which led directly to a new generation of slums and to the collapse of Ronan Point in 1968.

But equally, it seems to me that the Thatcherite approach by Howe and Lawson to let the market decide clearly hasn’t worked either. It has raised land and property prices to disastrous levels.

For some reason the entire political establishment believes this is because we have ignored ‘price signals’ which imply a shortage of homes. But nobody has persuaded me how one can ever supply enough housing to satisfy the demand, for example, for Far Eastern investors who want to buy into the London property market.

It isn’t too few houses driving up property prices – it has been the over-supply of mortgage finance seeking too few houses. It is classic inflation, in fact. Subsidising mortgages can only make this worse.

The government, to give them their due, does appear to be beginning to grasp some of this. So what do you do instead? The pamphlet doesn’t say, though it does mention briefly that neighbourhood planning should be “universal and the ultimate arbiter of local development”.

This is how it ends, calling for Conservatives to “come together to clear the political pathway to enable power to flow through to the people”.

“Community-powered Conservatism is the only credible approach which promises to improve our quality of life, strengthen our economy and unite our nation. This is a Conservative project for the next decade and builds upon our greatest asset, the people of the United Kingdom.”

I have only one and a half problems with this rhetoric, which otherwise I would be out there cheering on. The half problem is that, personally, I don’t like appeals to ‘The People’. That smacks a little too much of Alec Douglas-Hume taking us for granted (“The British people are prepared if necessary to be blown to atomic dust”).

Trusting people seems to me to be a civilised, practical way forwards; trusting The People smacks a little of centralised Stalinism.

The other worry I have is remembering some of the Big Society rhetoric from a decade ago. The language was all there, but I remember meeting those most associated with the idea shortly after the new coalition took office in 2010 and finding my brain completely addled by how shallow it all was.

So, my question is this. If Gove really lets communities decide on planning applications, and they decide ‘wrong’ according to the government – how will he resist the huge pressure on him to bring in safeguards to prevent it?

This is the background to the Radix Big Tent leaders summit about regeneration this week, on Thursday. Please come along and join us to talk about whether the Conservative Party is really ready to let go of central power?

I feel sure they will be eventually – because, in a democracy, people get what they want. But local people will need some protection to get involved in local planning, and then – how do you stop the usual rot setting in?