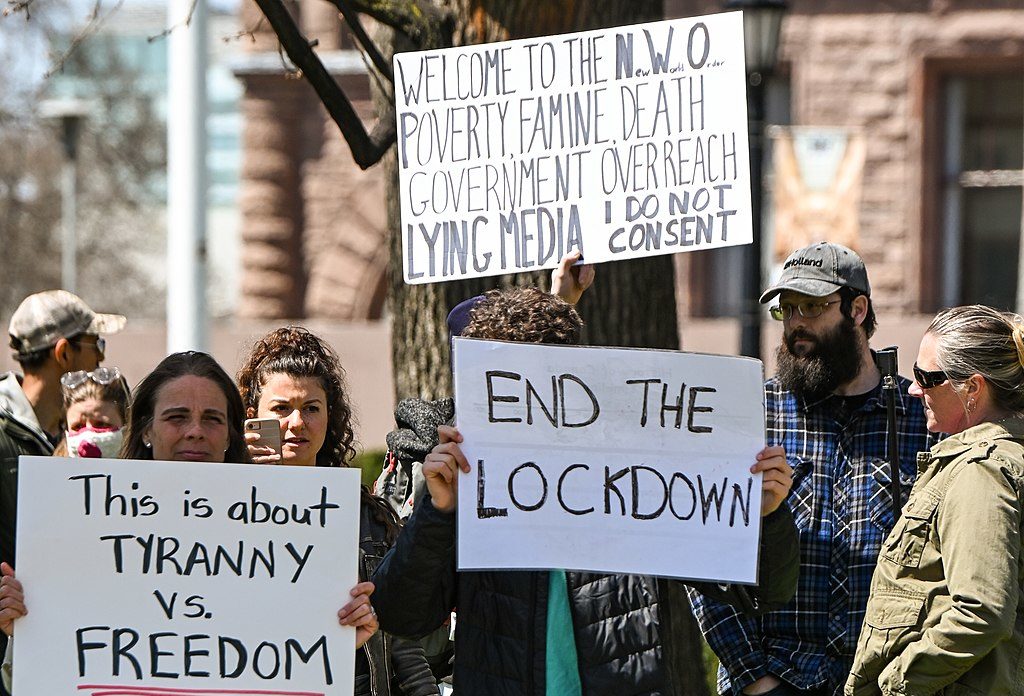 To read the Sunday newspapers of both right and left, one might be forgiven for believing that everything we hold dear is now threatened by conspiracy theorists.

I think we would be wrong to think this – because they are not nearly clever enough.

I have written about this peculiarity before – about the strange contradiction between those who believe that covid is a hoax and those who believe it has been invented to encourage us to have a metabolism-changing vaccine. And indeed the distinction between conspiracy theories (normally impossible) and mass panics (which may have a kernel of truth).

I return to this again because I keep on receiving websites full of the most unnerving conspiracies, normally foisted on us by entrenched governments of the centre left (kind of!), normally with quite sophisticated designs, and one in particular I believe may be worth recording.

It is called Before It’s News and, on January 23, it carried this headline: ‘Martial Law Overrules as Many in US Congress to Be Arrested’.

The gist of the so-called ‘story’ was that, because the US military regarded Biden as “treasonous”, 4,000 special marshals had been sworn in and were to due to arrest a number of elected members of congress.

Don’t lets got waylaid by the other bizarre claims in this same piece, which involved Trump signing executive orders to pre-organise sanctions against foreigners interfering in his re-election, and Biden’s inauguration being pre-recorded – not to mention the 6 January invasion of congress  actually being carried out by what the website calls ‘Black Lives Matter thugs”.

Or the strange conclusion that this has something to do with a mythical plot by the global elite to return money to the gold standard – the reverse of the older American conspiracy theories.

Either way, this makes an elementary propaganda mistake, reminiscent of Goebbels at his most bombastic. It makes a number of crazed predictions that the authors must have known would shortly be revealed as nonsense.

If I was running the BBC European Service in the Second World War, and I happened upon such a gift, I would now be demolishing the claims with relish and reminding the 300,000 they claim had read it of the fact that they may once have wondered whether it was true, but it is now clear that it never was and never could have been.

So I am not sure whether our current tacit policy of simply bemoaning the conspiracy theories, but never engaging with them, is actually a very good idea. The alternative is to take them on and to win.

One final thought about this is that this silent reproach does not seem to be effective in taking on the anti-vaxxers – mainly because it ignores so many of us in the middle of the debate, who reject the conspiracy theories but are still nervous of the vaccine. Nor to they find much comfort in the blank denials the establishment gives them.

Especially for those of us who have had difficulties with vaccinations in the past (my cousin nearly died after a smallpox vaccination some years ago).

I am simply suggesting here that people are not usually either stupid or evil. It might be more sensible if we all accepted that most jabs can have side-effects. And that, although it is in everyone’s interest to have as many people to have the anti-covid jab as possible (and I certainly will do), there will be individuals who – for perfectly sensible reasons – won’t be having it.

This isn’t a conspiracy theory after all, it is explaining a key element that many people appear to have forgotten – that not everyone has the same metabolism.