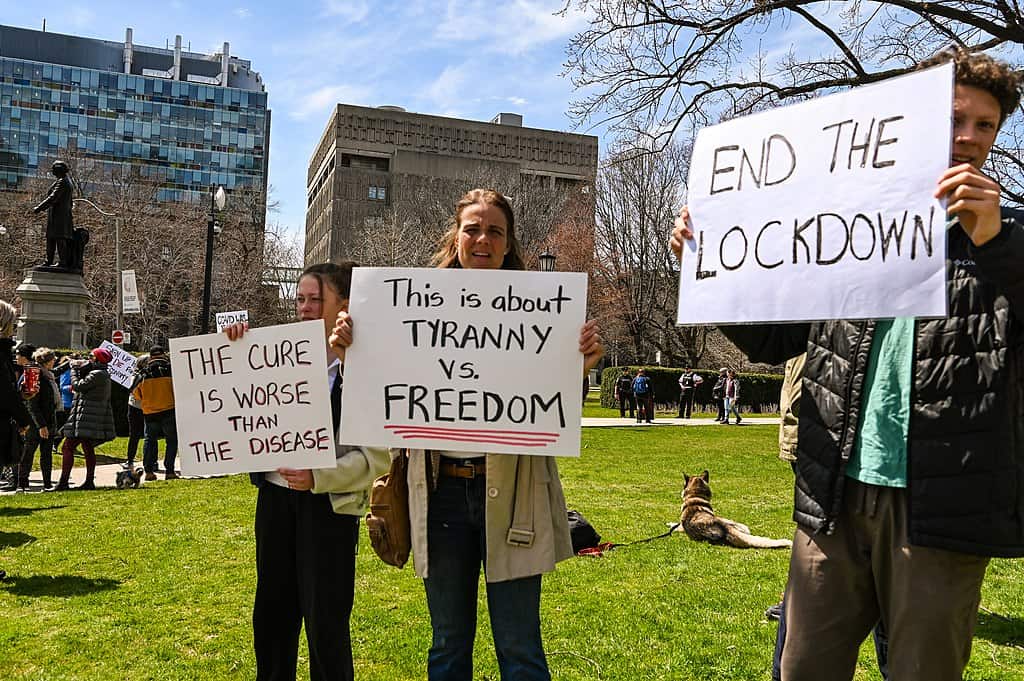 We may be a thoroughly divided nation and – if Boris Johnson orders a new lockdown – we may become more so, but there appears to be one issue that unites the commentators of right and left.

In order to provide myself with a little balance, I get the Guardian delivered as a daily paper, and then I veer off once a week with the Sunday Telegraph. I like their semi-rural dreams in supplements but find myself reading some awful guff as well in the main paper. Both the Telegraoh and the Guardian again are united in their dislike of the anti-vaxxer movement.

This is almost, though not quite, enough to make me join them. According to the Guardian, only 53 per cent of people in the UK say they will definitely take a covid vaccination. Let me put it on record that I definitely will.

The Guardian’s fears, rather like the Telegraph’s fears of homeopathy last week, seem faintly ridiculous. Because neither side, it seems to me, are telling the whole truth about vaccinations – for fear of encouraging the other side.

The truth is that they are a necessary but imperfect solution. For most people the vaccination will be absolutely fine, and perfectly safe. But – as actually everyone knows deep down – a tiny minority who may find combinations of vaccinations too much for their immune systems, if they have too many at one time.

The political establishment may have forgotten the phenomenon of Gulf War Syndrome that affected soldiers after the cocktail of inoculations given to them in 1991 before the first Gulf War. But clearly many people haven’t. And for those who remember, the strident mixture of fear and ridicule sent in the direction of the anti-vaxxers must seem strangely defensive.

I’m not sure that the anti-vaxx movement is going to be faced down – and certainly not these conspiracy theories dismissed – without someone in authority daring to tell the whole truth.

I asked my doctor about this in relation to my children’s MMR jab some years ago and, as a result, had a senior council official call me up and berate me. Again, I should explain that they both had their MMRs, without ill effects, just a little later than we had been instructed to.

By writing this, I will probably open myself out to similar abuse, but the truth is –as the Five Star movement in Italy found – there is a huge constituency of people who are at least sceptical of the public health claims of the establishment. So much so that Five Star is now in government.

Most of them understand perfectly well the idea of herd immunity, which requires us all to get inoculated. But they tend to be nervous if they fear they are an exception because of faulty immune systems, or even more so on behalf of their children.

Most are pretty immune so far to the insane cconspiracy theories – that covid is the creation of Bill Gates or the WHO – but, really, all that could possibly drive them into the arms of people like Trump is if we continue to heap this 47 per cent of the UK population with ridicule and opprobium.

That is those who are not certain to accept a vaccine. Perhaps we should say one in six, for those who probably won’t.

Those with longer memories will also recall John Selwyn Gummer’s desperate efforts to persuade us that human beings could not get BSE from beef. As it turned out, they could.

So how do we raise our take up of covid vaccine when the time comes? First, call off the social media dogs. Second, tell the whole truth.