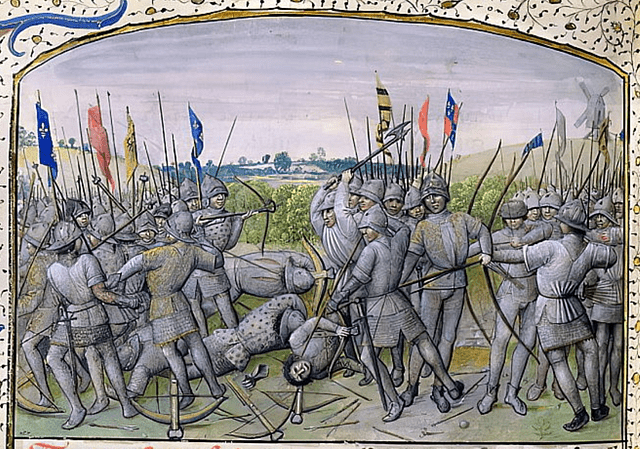 “Hello. This is the Brexit Opportunities Minister, a member of a very serious government.

It has been brought to my attention that long queues have been forming at the Dover border, because the French authorities have decided to punish us for Brexit by checking documents and customs thoroughly at the border.

The fault lies with the French, because our next Prime Minister says so, and because they have not deployed sufficient border control officers at Dover.

It is not that we have failed to expand border control facilities at Dover sufficiently.

As I have said before, we are not friends of the French. We beat them at Agincourt, lest they should forget it. This was revenge for 1066. They are still paying us back.

I know that many families with their one or two children want to get in their car and have a nice drive to their holiday destination in France, or maybe Belgium, or the Alps. They might try to get there via the Netherlands instead – I believe the route via Felixstowe and Hook van Holland is not too busy at the moment.

Alternatively, if they have booked a holiday in France, and don’t want to drive via the Netherlands, I suggest they cancel the holiday and instead consider travelling to a country on the basis of two criteria: that the country is a long-standing friend of the UK, which the French are not, as I may have said before, and that there are e-gates so you can pass through the border quickly.

I therefore recommend that families who have booked to drive to or through France via Dover cancel their holiday there and instead fly to…. Portugal.

I recognise that this may occur additional costs, especially for a family of four, and that instead of six-hour queues at Dover, they may be facing four-hour queues at the airport.

But please remember that once you land in Portugal, you can get relatively quickly through the e-gates. Obviously, you may then be held up as you pass passport control booths to get your passport stamped, but this will still be better than having to present your passport to a French person.

Please remember that the Portuguese are our oldest allies and friends. The Treaty of Windsor, 1386, as I am sure you learnt at school. We have never gone to war with Portugal, unlike Agincourt and Crecy, and Waterloo, and all those battles we won against the French.

Please remember that the Portuguese gave us Teresa of Braganza, and thanks to her, we got orange marmalade and tea. Please support our Portuguese allies and friends by flying there for your holiday – but please remember to take a bottle of water for the lengthy check-in queue, and please have a Plan B in case your flight is cancelled.

I am sorry that the French, who are not our friends, as I may have mentioned before, are causing you such misery on your holiday.

Portugal is a lovely country. Full of people who chose to leave Britain, by the way, so English is widely spoken.

I shall now return to the serious task of evaluating further Brexit opportunities….”