It isn’t an international agency or a state. It’s Refugia. 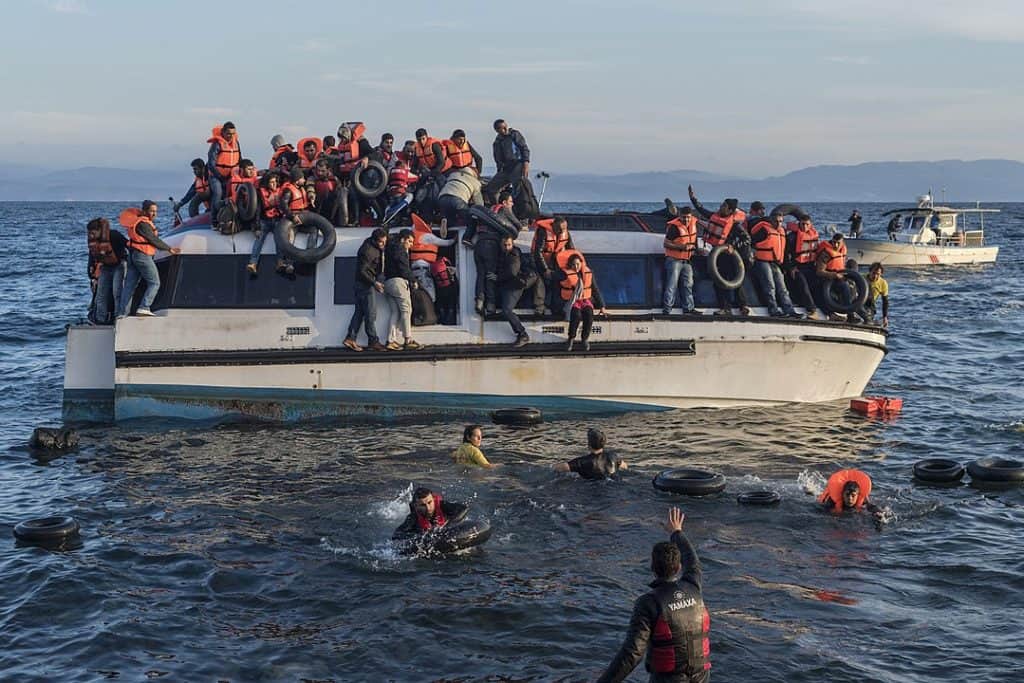 Mass displacement is one of the most pressing global issues of our time. Many more people are being driven from their homes than ever before. In our forthcoming book, Refugia: Radical solutions to mass displacement, Nicholas Van Hear and I document the failure of the international refugee regime and provide a radical alternative to it.

According to the UNHCR, more than 70 million people worldwide were forcibly displaced by the end of 2018, including nearly 26 million refugees (over half of whom were under 18), 41 million internally displaced people, and 3.5 million asylum seekers. The overall figure has been on an upward trend for most of the last decade or more.

A large number of migrants and refugees are dying en route to safety each year – over 5,000 people perished trying to cross the Mediterranean in 2016 alone. Several thousand Rohingya were killed when nearly a million of them fled Myanmar by land or sea.

Meanwhile, more than 3.7 million people have fled from Venezuela, the majority of whom need international protection.

The response to this mass exodus is lamentable: only 92,400 refugees were resettled in 2018, 1.3 per cent of those in need. The unambiguous message of this chilling figure is testimony in itself. The three conventional ‘durable solutions’ (local integration, resettlement and return) offered by the refugee agencies show serious limits and constraints – economic, ecological, institutional and political.

Those institutions and sections of civil society that support tolerant attitudes towards refugees and asylum-seekers, respect for humanitarian rights, law and principles, and internationalism are under fierce attack from right-wing and populist forces in many countries.

It is bad enough that most governments in the developed world have pulled back from refugee-friendly policies, but some have gone a step further in openly abrogating their obligations. The Czech Republic had accepted only 12 of the 2,000 asylum-seekers it had been assigned in an EU agreement, while Hungary and Poland had processed none at all. In September 2017, President Trump slashed by over half the number of planned refugee admissions to the USA.

In short, it has become increasing evident that the international institutional architecture set up to address mass displacement and find solutions for it is simply unequal to the task.

The word ‘failure’ is a harsh one and it remains important to defend international law – particularly the 1951 Refugee Convention and associated protocols designed to protect refugees – to press states and international organizations to take their moral and legal obligations seriously and, through the force of popular mobilisation, turn the tide of anti-migrant and anti-refugee public opinion.

However, given the scale and urgency of the problem, ‘we’ need to do more, much more. ‘We’ need to reach for imaginative, alternative and supplementary solutions.

For a start, the vaguely defined moral community defined by the word ‘we’ has to be extended well beyond the circle of progressive activists, international agencies, humanitarian organizations and sympathetic officials, to refugees themselves, seeing them as agents and empowering ‘them’ to act on their own behalf, with an emboldened sense of identity and purpose.

Our solution, to be led by refugees and developed in solidarity with them, is to build a digitally connected transnational polity, which we call ‘Refugia’, assembled from the current sites of settlement and displacement.

This polity will neither be a state, nor an international organisation, but a hybrid of the two. It will be democratically governed, and held together by simple agreed precepts of a ‘good society’. Membership of Refugia will be voluntary. You can join up if the members of a local ‘Refugium’ accept you and you can freely leave, taking your chances with the existing system of recognition, resettlement and return.

A Refugium might be an improved camp, a rural settlement, a new build, an abandoned village, a district in a city, or a hotel. We anticipate that some 300 Refugiums, scattered in many parts of the world, will comprise Refugia in the first few years. Refugia will build safe spaces and a future for displaced peoples while providing education, opportunities for mobility, employment, representation and self-representation.

It all sounds too good to be true and totally unworkable. But everything is impossible and impractical until somebody develops a vision of the future and starts to build it.

In our book, we carefully spell out the steps along the way and the many prefigurations of our idea that already exist. Creating a better world for the 70.8 million people who have been forced from their homes is not a simple task.

Refugia is about lifting our heads above the real to fashion the imagined. It is about rejecting the attitude that says ‘nothing can be done’ in favour of finding alternatives that rise to the scale of the challenge. Refugia is not a promised land, indeed not a land at all, but a promising new path through the thicket of inertia and convention.

We invite others to join in the journey.

Robin Cohen is emeritus professor of development studies and senior research fellow, Kellogg College, University of Oxford. He is author of Migration: The movement of humankind from prehistory to the present day (October 2019) and, with Nicholas Van Hear, Refugia: Radical solutions to mass displacement (in press).