It is time to go beyond Karl Marx and Adam Smith 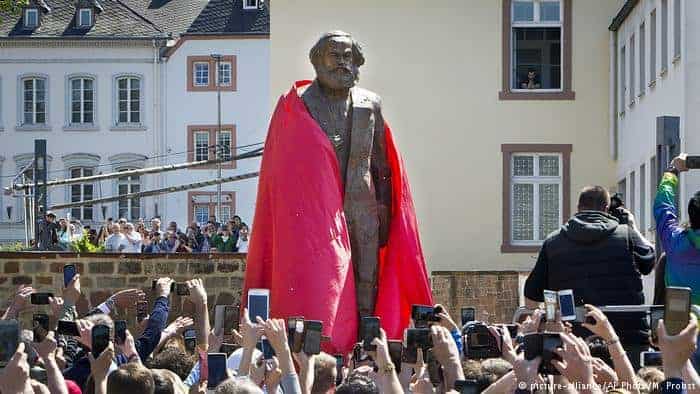 I was recently relating to a friend that, on my last skiing holiday in Switzerland, I was charged two Swiss francs for a glass of tap water in a mountain restaurant. “It’s enough to turn you into a Marxist,” he responded.

My friend is a successful businessman and an investor in early stage companies. Marxist philosophy is not exactly his guiding light. Some time ago, I was speaking to a senior Liberal politician – I can’t remember quite about what. But I do remember his remark: “I’m starting to become more of a Marxist.”

On this, the 200th anniversary of his birth, Marx is back in fashion.

It may not be surprising to hear words of praise from UK shadow chancellor John McDonnell, or from Chinese President Xi. But who would have imagined that we would be seeing articles titled “Why Karl Marx is more relevant than ever” in the Financial Times, “Happy birthday, Karl Marx, you were right” in the New York Times, and “On his bicentenary, Marx’s diagnosis of capitalism’s flaws is surprisingly relevant” in The Economist.

Or that Jean Claude Juncker would travel to the unveiling of the China-financed statue of Marx in Trier, Marx’s birthplace, to praise the German philosopher and suggest that there are lessons that the EU should learn from him.

Of course not everyone is enamoured. The phalanxes of Marx detractors are also mobilizing. “Why would anyone be a Marxist now?” asks Daniel Hannan in the Telegraph and goes on to say that “Marx was a hopeless economist”. “Why Marx was wrong” is the title of Carl Bildt’s article in Project Syndicate.

As Marx’s supporters line up against his detractors, is there some way of making sense of this surge in popularity combined with the polarization of positions. Of course, as always, there is. The Economist article title provides the clue. If Marx were a physician, we might call him an excellent diagnostician and a poor healer. He understood the failures of capitalism as practiced in his time (and which, if anything, have simply got worse), but his prescription was misguided and an utter failure. Marx was, in fact, both right and wrong.

The central thesis of Marx’s opus, Das Kapital, is that capitalism would inevitably lead to a concentration of wealth and power in the hands of the few. I don’t believe there are many who will argue that that is where capitalism was in Marx’s time and, save for a short blip in the post-war years, that is where it has continued to go.

That is why, today, wealth inequality, the political power of wealth, and the market power of oligopolistic corporations are the key issues of our time. Issues that are threatening many people’s faith in the capitalist system and maybe the very survival of both capitalism and liberal democracy.

In this diagnosis, there was no clear blue water between Marx and Adam Smith when the latter talked about the tendency of entrenched interests to form conspiracies against the public. Where they diverged fundamentally was in their prescriptions.

Marx thought that common ownership – for which read state ownership – of the means of production was the solution. We now know that that was a failure. We have come to understand that state ownership of all previously private property could only be sustained through authoritarian means. Particularly when people had already become used to owning their private property which the state had to appropriate in order to implement Marx’s prescription.

Marx committed another fundamental error. He framed the problem as one of class struggle. A problem that could only be resolved through revolution. This approach was not only divisive. It was an approach that embraced violence as the route to progress.

The political result of Marx’s prescriptions was Marxism-Leninism, bloody revolution, an authoritarian state, gulags, and the rest of that sorry history. Economically it led to central planning and the evolution of another class system. One that was different from the previous feudal and capitalist class systems, but a class system nonetheless. It consisted of a comfortable ruling class, with their dachas and other luxuries, presiding over a starving population and eventual economic collapse.

To be fair, the Soviet system was an extreme manifestation. Communism in Yugoslavia, for instance, was nowhere near as harsh and dysfunctional as that in the USSR.

So here we are, in the 21st century. Karl Marx and Adam Smith are giants in the history of political philosophy and economic thinking. They both identified the same problem.

They offered different prescriptions which necessarily had to be implemented by lesser beings. Smith’s approach has clearly created increased economic prosperity. Marx’s did not. But neither of the two routes has managed to solve comprehensively and sustainably the fundamental problem that each of the two men set out to tackle. The system of haves and have nots.

It makes one wonder whether we are simply deluding ourselves that the problem is, in fact, soluble. Whether this seemingly intractable issue is just an integral part of our humanity.

But, wonder as we might, we surely cannot give up our search. And that search might involve being bold enough to stop merely tinkering with the ideas of Marx and Smith in the hope that we might one day happen upon some precisely calibrated version of one or the other.

It might involve thinking afresh to fashion some new, hitherto unimagined approaches. In other words abandoning the legacy systems of both Right and Left and having the courage to think new and radical thoughts.