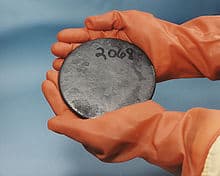 I was recently asked to provide some comments on the issue of Small Modular Nuclear Reactors (SMRs). These are small reactors built in a factory and shipped to where they will be used. They can be shipped back for decommissioning when the fuel runs out.

Below are the questions I was asked and my replies. This is a conversation we should be having, but aren’t.

What are your perceptions, hopes and concerns about the development and use of advanced nuclear technologies (including SMRs)?

It seems obvious to me that if the world is to decarbonise energy production at the pace required, then replacing it with renewable non-carbon energy sources is going to need to include a nuclear component.

This is of course controversial, although some in the environmental movements have come to this conclusion too. Political and policy debate on the “nuclear option” has barely begun and still seems locked into the dynamics of policy debate of the 1980s.

Likewise, the only nuclear option seriously being considered, to the extent they are at all, is still very large scale nuclear plants like Hinckley. There are expensive, take a very long-time to construct, have very long life-cycles, are fixed in place, and are inevitably anachronistic in technological terms before they are even finished.

Despite this, on the technical front there are a large number of R&D efforts to produce smaller, faster, shorter-life cycle and movable alternatives.

The biggest potential difference between standard large nuclear plants and SMRs is the flexibility potentially on offer from SMR technology. Large plants are expensive, slow to construct and difficult to adapt.

A manufacturing (and reprocessing) facility for SMRs has the potential to be far more flexible, to incorporate technical improvements and innovation in successive waves of production (and deconstruction) and of course SMRs themselves should be much more flexible in deployment.

Mobile power is also an option with SMRs. We have already had nuclear powered submarines and aircraft carriers for decades. This is obviously not an option for conventional large scale plants. SMRs are possibly the only viable option for large-scale shipping, which will continue to be an important part of the global economy?

Based on your experience, how is advanced nuclear technology presented in public debate? (for example, climate mitigation, technology development, infrastructure siting, economic opportunity?)

There is close to zero public debate about using advanced nuclear technologies. The nuclear debate, such as it is, still focusses around large scale conventional nuclear plants like Hinckley in the UK.

The question is why what appears to be a feasible part of a post-carbon energy mix is largely being ignored? Is it because it is to politically sensitive? Or because there are technical, economic or security objections that are seen to be insurmountable? This requires some research.

What values and priorities influence your views of advance nuclear technologies, for example decarbonisation?

I think I have already made it clear SMRs ought to be in the mix for post-carbon energy production. On the negative side the main issue with SMRs is likely to be security and safety. Large numbers of small plants are going to be harder to protect than small numbers of large nuclear plants. This is likely to be a major feature of any public/policy debate that does emerge.

What are your views on potential siting of advanced nuclear technologies? What about public views? Is there any evidence?

There are two main siting issues with regard to SMRs. The first is where to site construction and decommissioning facilities? This is the easiest to solve because they can be built alongside or near to existing nuclear facilities. So Sellafield, and Barrow in Furness, would be likely prospects in the UK. The area is already ‘nuclear tolerant’, has strong engineering and nuclear histories and space to develop new facilities (and, in Barrow, large docks).

The second issue – where to site SMRs themselves, is clearly more problematic. The closer they can be sited to where power is consumed the more efficient they would be, but probably also the more controversial. One possible incremental approach would be to site SMRs near areas of intense industrial power consumption that are not near large populations?

How would you like advanced nuclear technology to be regulated?

By the International Atomic Energy Authority.

Do you have any views about using non-electricity and Combined Heat and Power uses of nuclear technologies, such as connections for heat? Are you aware of any research on this topic, particularly with members of the public?

Most such uses have been associated in the past with non-nuclear and large scale nuclear plants. Not sure how or even if they would be feasible for SMRs?

In your opinion, what information will the public and policymakers need or seek when exploring advanced nuclear technologies? What is the critical evidence we must present for them to form a balanced understanding?

In my opinion, a big effort is required to start a public and policymakers awareness deliberative discussion about the potential, and the problems, of SMRs. At the moment, what discussion is taking place (not much) is within very small circles of industry and academia and at a high technical level.

The issue needs ‘popularising’ and there are various ways this could be done. It is something I have been keen on for a while now, but have not had the resources to get anything going.