Is there a future for Chinese autocracy? 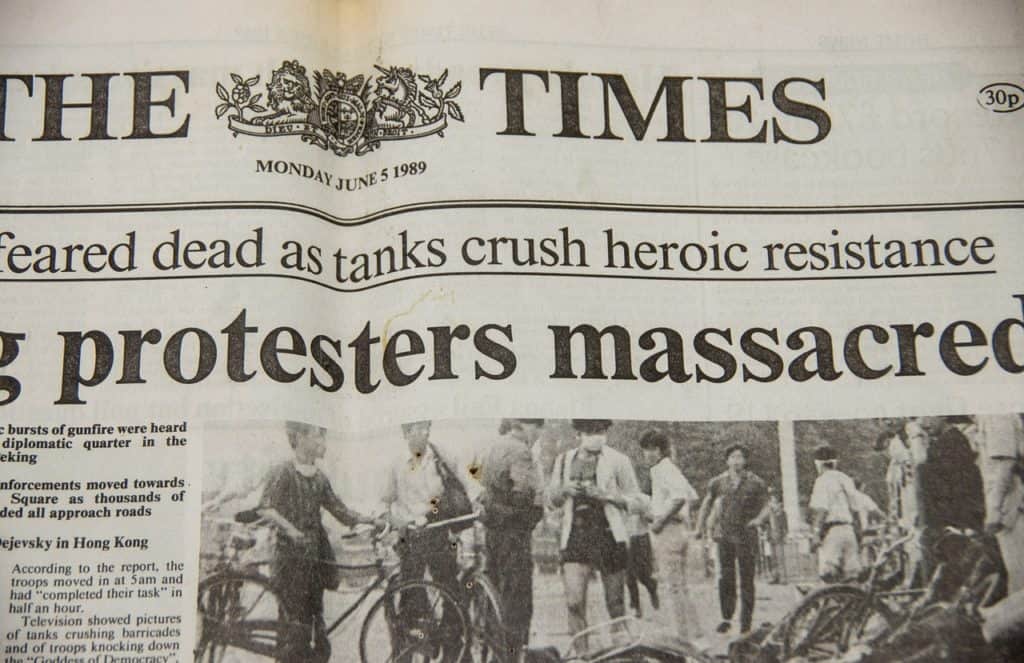 Faced with the persistence of the pro-democracy mass movement within Hong Kong’s “special administrative region”, the all-powerful Chinese president is not sure what to do. Three options are available to Xi Jinping, but all three are bad.

The first option is brutal military repression, following the example of the bloody events of the 4 June 1989 in the Tiananmen which had been occupied by a peaceful sit-in of students demanding the advent of democracy and civil liberties in their country.

This military action does not pose any technical difficulties but it carries considerable geopolitical risks.

In 1989, the West sanctioned China by imposing a military embargo, which is still in place today. They then quickly forgot the Tiananmen massacre, all overshadowed by the double-digit growth of industry in the Middle Kingdom – that they rapidly labelled as the “workshop of the world”.

In 2001, the West even welcomed China into the WTO (World Trade Organization), without foreseeing that China would seize all the advantages of free trade for itself, without granting any to its Western trading partners, partners who were eager to establish their banks and insurance companies in China.

Although it did not apply any rule of law at home, Westerners had been naïve enough to believe that China would scrupulously apply international law.

But Westerners are no longer in the same pleasant mood today, as they showed, at the beginning of the 2000s, towards Chinese autocratic power.

Since President Trump’s strong speech in Davos in January 2018, they no longer tolerate Chinese technological theft.

Geopolitically, they do not accept Chinese takeover of the South China Sea (a maritime territory equivalent to the Mediterranean), in violation of the international law of the sea. They are ready to sell arms to any Asian country that dares to stand up to China, even if it was once, like Vietnam, their virulent enemy.

For all these reasons, taking the military option would be adventurous for China. Its economy is already suffering from the punitive customs duties imposed on its products by the United States.

In the event of a coup de force in Hong Kong – and thus a violation of the spirit of the “one country, two systems” treaty signed in 1997 with the United Kingdom – China would risk a much broader embargo.

The second option is to wait it out. In other words to replay the strategy that worked so well in 2014. At that time, the student “umbrella” revolt, which sought to strengthen democratic principles in the manner in which the Hong Kong executive was appointed, gradually died out due to a lack of fighters.

The problem today is that the revolt has spread to all social classes and corporations, with the exception of the Mafia triads, which are always ready to do Beijing a small service. And Hong Kong’s seven million residents do not seem to want to give up.

The third option would have been to seize the opportunity to reform the Chinese Communist Party system and establish a genuine rule of law in China.

But Xi Jinping is not the man for this task. Since his youth, he has excessively internalised the party line. During the Cultural Revolution, he remained on the side of the Reds even though they were unfairly persecuting his father. \Later, when he conquered the supreme leadership, he blew up the clause, adopted after Mao’s death, which limited the President’s power to two five-year terms.

Does Xi Jinping know that autocracies always end badly? Does he understand that the great men revered by history are never revered for their personal power, but for the legacy to their country of strong and lasting institutions – like Washington, Disraeli and de Gaulle? He’s a well-informed man. So it is likely that he understands all of this.

But he may also be blinded by the desire to position his country as the world’s leading, undisputed power by 2049 – which would represent a lavish celebration of the 100th anniversary of the ascent to power of the Chinese Communist Party.

He would not be the first intelligent man to have been destroyed by hubris, that spirit of excess long stigmatised by the Greek historian Thucydides…

Will the example of Russia inspire Xi? By spilling blood at the Donbass, the Kremlin lost Ukraine.