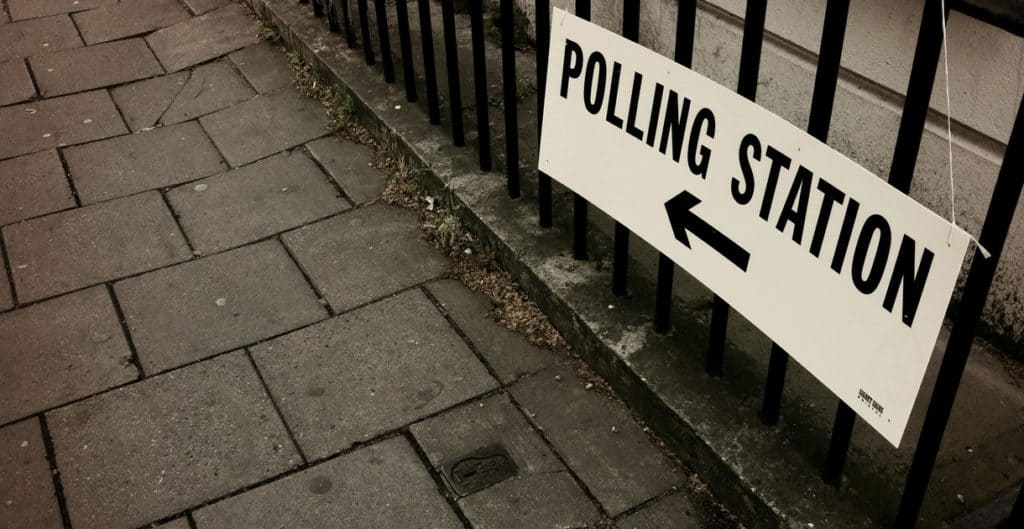 Altneuland – ‘Old New Land’ – is a utopian novel by Theodor Herzl, the founder of Zionism, published  in 1902. This blog is about an old new idea, perhaps equally utopian – why don’t we dispense with geographical constituencies?

Way back in 1861, John Stuart Mill, in ‘Considerations on Representative Government’, wrote: “I cannot see why…people who have other feelings and interests, which they value more than they do their geographical ones, should be restricted to these as the sole principle of their political classification”.

Mill had been introduced to this idea by the hero of this blog, Thomas Hare. Hare is remembered, if at all, for inventing the Single Transferable Vote. That was when he advocated large constituencies, each represented by several MPs. But before that he had advocated that Britain be a single constituency.

He complained that: “Were [minority] electors in separate territorial constituencies to attempt to combine their votes to elect a candidate who shall faithfully represent them, the law says, – ‘no’.”

He made the argument that “Mr Gladstone who, by anything like a plebiscite, might have had a million of supporters, is driven from the University of Oxford to South Lancashire; from South Lancashire to Greenwich; and may have to fall back upon Stoke-upon-Trent!” What he wanted was “to give to every elector the power of voting for any qualified candidate throughout the kingdom with whom his views are most in accordance”.

Hare advocated voluntary constituencies and a quota system of voting. Anyone could put themselves forward as a candidate, and any elector could vote for any candidate. There would be a quota to decide who was elected and who was not.

That’s as much of Hare’s thought as I have been able to elucidate, so from here onwards I’m on my own. This is how I think it might work. There are say 500 seats in parliament, so a candidate needs to come in the top 500 in terms of votes cast in order to be elected.

Candidates can put themselves forward to represent geographical areas, but they also have a range of other choices. Suppose I have a passion to represent people who adore boiled eggs, and eat them by slicing off the top.

During the campaign, I realise that there are not enough of them (surprise, surprise!) to get me elected. So I agree to also represent people who start by cracking the shell of their egg. In fact, I just miss out. If only I’d taken on the fried egg lovers as well. But it’s too late: I can’t add them to my number once the election is over – they didn’t vote for me. I resolve to appeal to all lovers of eggs, including vegan alternatives, next time around.

What happens to the people who voted for me? They look at the list of successful candidates, decide by which of them they wish to be represented, and sign up. That’s worth noting. Hare devised his scheme in part to deal with the problem of virtual representation, where representatives represent those by whom they have not been elected. But that also seems to happen in all the versions of his scheme that I can see.

I can think of a few objections that might be raised that are tricky, but none seem to be knockouts. Some of my supporters don’t bother to register with anyone. That’s OK – if they later need the help of an MP, they can do so then.

Celebrity is more of an aid than now to getting elected. That seems OK too – since the system also makes it easier to get elected if you represent a minority that is geographically widespread. Some MPs may represent far more citizens than others. That’s OK – they’ll be given more resources. And they still have the one vote in parliament. The trickiest issue is by-elections. This would need a bit of a fudge. Perhaps only people who voted for the previous representative get to choose their replacement.

A question I cannot at present resolve is what would happen to parties. I think, at least to start with, they would be formed or re-formed after each election.

If the practicalities seem not insuperable (superable?), the issue is one of principle. It comes back to those words of John Stuart Mill. Should we give primacy to geographical ‘feelings and interests’?

Or, in the era of Black Lives Matter, should we not be representing other identities?

Perry is part of Talk Shop and a fellow of Involve, where he used to be a trustee. He ran a programme at the New Economics Foundation for many years. He has a home in Hereford and a granddaughter in Berlin.