In praise of immigration 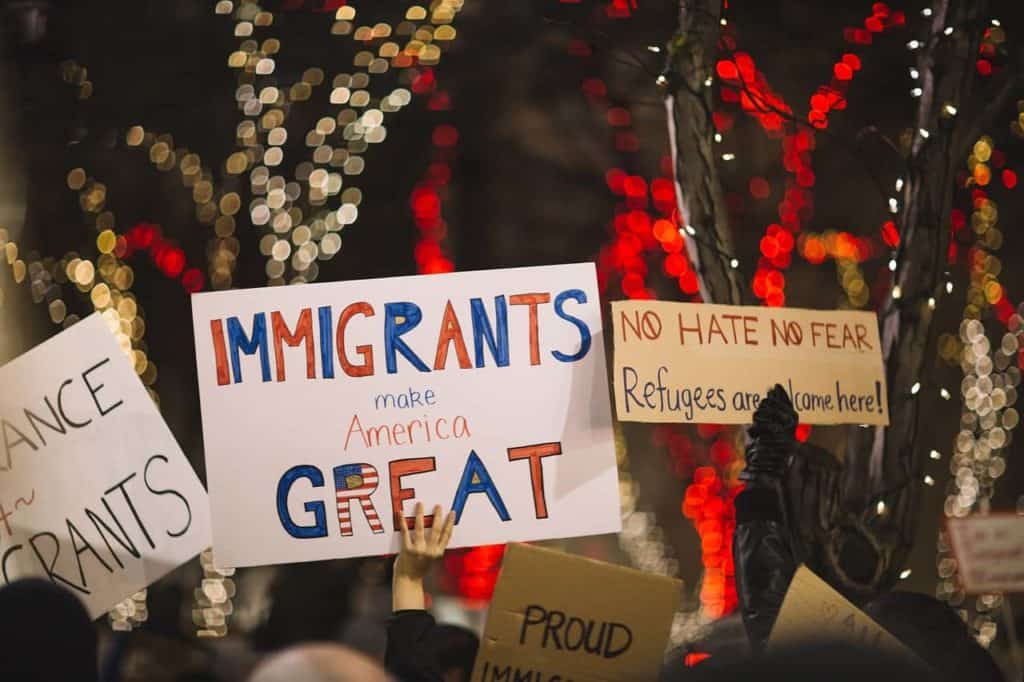 A few years ago, on a trip to Kenya, I chatted to some locals about why they wanted to come to the UK. These were all young, fit, intelligent, healthy people, and unsurprisingly they wanted to come to the UK to get a job. The average wage in Kenya is about £700 per annum compare to about £30,000 in the UK, so even doing a menial job in the UK would give them a massive pay hike.

They did not want to come to the UK to use our health service, to receive a pension or to generally scrounge off our social security services. They would be very surprised to find out about the existence of such things, as a functioning welfare state is way outside their experience.

Who migrates? Young, healthy, intelligent, ambitious people, especially ones that are qualified who will have more opportunity to use their skills in a more complex economy. People who are stupid, lazy, ill or old are not the people who will or can or are able to get up, leave their countries and travel thousands of miles in an attempt to better themselves.

On the Statue of Liberty, these words appear: “Give me your tired, your poor/Your huddled masses yearning to breathe free/The wretched refuse of your teeming shore./Send these, the homeless, tempest-tost to me,/
I lift my lamp beside the golden door!”

It is these people who made America great, because these people are hungry, ambitious people, willing to give their all. The once great, immigrant-friendly America recycled these huddled masses into wealth creators and pioneers. So-called and much maligned economic migrants are the very people a country wants and needs. They bring dynamism, ideas, originality and drive.

It is natives who are lazy and live off the state (everyone from benefit scroungers, civil servants to big business and bankers). In contrast, economic migrants try to cross the Mediterranean on leaky boats risking their lives just for a chance of working hard at a menial job.  We want to turn these people away – why?

In 1968, Enoch Powell made his famous “River of Blood” speech. At that time, about four per cent of the UK’s population was foreign born, whereas now it is about 14 per cent, with an added number being the children of foreigners who Mr Powell might have considered non-British too.

In 1968, there were 425 homicides in UK, compared to 534 in 2015, about the same increase as the increase in population. The murder rate has stayed constant – no rivers of blood here despite a massive level of immigration, which would have appalled Mr Powell.

That is all well in theory, but what have immigrants ever done for us?

Take food – British food used to be the worst in the world. Now, London is a food capital of the world, where you can get almost any cuisine you can think of, and modern British cooking is a wonderful fusion of all that imported creativity.

Health – Instead of rivers of blood; there have been rivers of doctors and other health care professionals entering the country – a quarter of NHS doctors are foreign (rather than foreigners coming in to use our NHS, they have come here to work in it);.

Intellectual life – Britain has some of the best universities in the world, and the most open, a large proportion of the staff and students being foreign.

Culture – Britain was often seen as a cultural backwater; no longer – now it is a cultural and fashion hot-house with the best of the world’s talent being attracted to the UK.

The economy – many business, businesses leaders and people running the economy (Mark Carney is Canadian) are foreigners or foreign companies that have set up in Britain because it is welcoming to people, business, talent, and there money.

Sport – the Premier League is one of the best in the world, a massive export business for the UK, almost entirely populated by foreign players and managers.

The backbone of the economy – a large proportion of people working in services, manufacturing or agriculture – hard working people willing to work for relatively low wages – are foreign. They are not taking employment away from Brits – our employment level is higher then it has ever been; the feedback from employers is universally that they employ foreigners because we can’t get British people to do these jobs – this is everything from highly technical work where there are not enough Brits with the right skills to undesirable work that only foreigners want to do.

So apart from cooking us wonderful meals, serving our public, investing in the economy, entertaining us in sport and culture, designing our clothes, contributing to intellectual life, governing the Bank of England, managing, playing for and investing in our football teams, waiting on us, driving our mini-cabs, setting up businesses and employing us, cleaning up our mess, working in fields to produce our food, curing us from illness, looking after our elderly – what have immigrants EVER done for us?