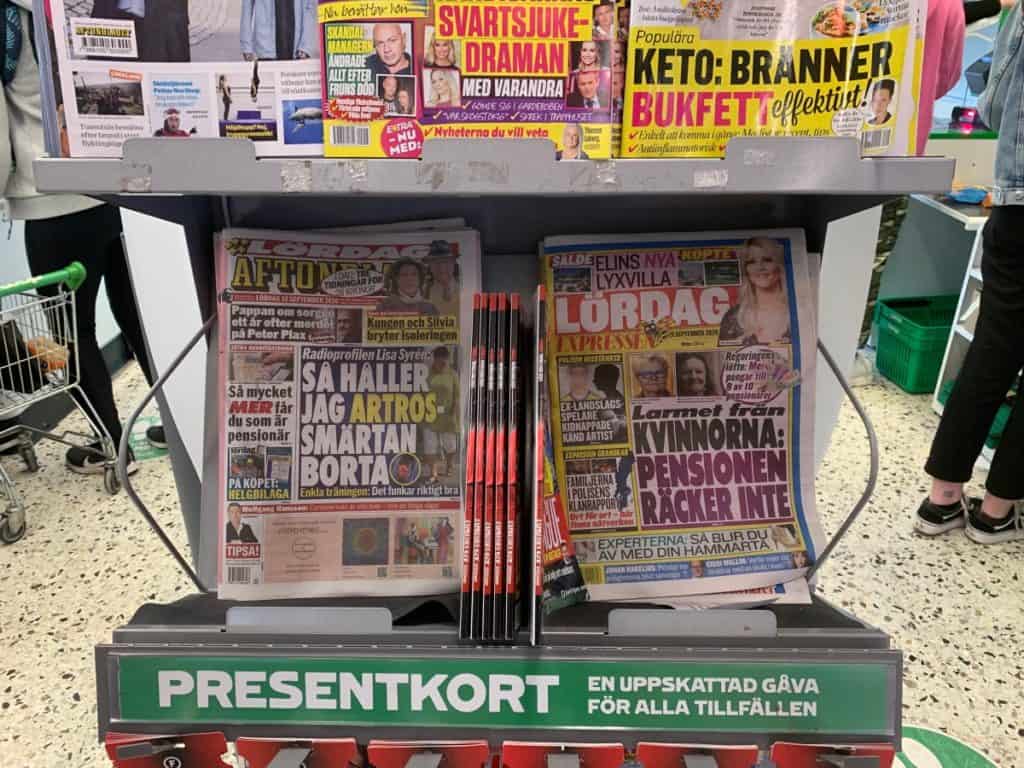 At the beginning of August, I wrote an article about my experiences working as an emergency physician in Stockholm, Sweden, during the covid pandemic.

For those who are unaware, Sweden never went in to full lockdown. Instead, the country imposed a partial lockdown that was almost entirely voluntary. People with office jobs were recommended to work from home, and people in general were recommended to avoid public transport unless necessary. Those who were over 70 years old, or who had serious underlying conditions, were recommended to limit social contacts.

The only forcible restriction imposed by the government from the start was a requirement that people not gather in groups of more than 50 at a time. After it became clear that covid was above all dangerous to people in nursing homes, an additional restriction was placed on nursing home visits.

My personal experience is that people followed the voluntary restrictions pretty well at the beginning, but that they have become increasingly lax as time has gone on. As a personal example, my mother and my parents-in-law stayed locked up in their homes for the first six weeks or so of the pandemic. After that they couldn’t bear to be away from their grandchildren any longer.

In my earlier article in August, I mentioned that after an initial peak that lasted for a month or so, from March to April, visits to the Emergency Room due to covid had been declining continuously, and deaths in Sweden had dropped from over 100 a day at the peak in April, to around five per day in August.

At the point in August when I wrote that article, I hadn’t seen a single covid patient in over a month. I speculated that Sweden had developed herd immunity, since the huge and continuous drop was happening in spite of the fact that Sweden wasn’t really taking any serious measures to prevent spread of the infection.

So, how have things developed in the six weeks since that first article?

Well, as things stand now, I haven’t seen a single covid patient in the Emergency Room in over two and a half months. People have continued to become ever more relaxed in their behaviour, which is noticeable in increasing volumes in the Emergency Room. At the peak of the pandemic in April, I was seeing about half as many patients per shift as usual, probably because lots of people were afraid to go the ER for fear of catching covid. Now volumes are back to normal.

When I sit in the tube on the way to and from work, it is packed with people. Maybe one in a hundred people is choosing to wear a face mask in public. In Stockholm, life is largely back to normal. If you look at the front pages of the tabloids, on many days there isn’t a single mention of covid anywhere.

In spite of this relaxed attitude, the death rate has continued to drop. When I wrote the first article, I wrote that covid had killed under 6,000 people. How many people have died now, six weeks later? Actually, we’re still at under 6,000 deaths. On average, one to two people per day are dying of covid in Sweden at present, and that number continues to drop.

At the peak, in April, that number was over 1,000. If 28 people are currently in hospital, out of 2.4 million who live in Stockholm, that means the odds of having a case of covid so severe that it requires in-hospital treatment are at the moment about one in 86,000.

Since March, the Emergency Room where I work has been divided in to a “covid” section and a “non-covid” section. Anyone with a fever, cough, or sore throat has ended up in the covid section, and we’ve been required to wear full personal protective equipment when interacting with patients in that section.

Last Wednesday, the hospital shut down the covid section. So few true cases of covid are coming through the Emergency Room that it no longer makes sense to have a separate section for covid.

What about the few formal restrictions that were imposed early in the pandemic? The restriction on visits to nursing homes is going to be lifted from October 1. The older children, ages 16-19, who were engaging in distance learning during part of the spring, are now back in school, seeing each other and their teachers face to face. The Swedish public health authority has recommended that the government lift the restriction on gatherings from 50 people to 500 people.

When I wrote my first article, I speculated that the reason Sweden seemed to be developing herd immunity, in spite of the fact that only a minority had antibodies, was due to T-cells. Since I wrote that article, studies have appeared which support that argument.

This is good, because T-cells tend to last longer than antibodies. In fact, studies of people who were infected with SARS-CoV-1 back in 2003 have found that they still have T-cells seventeen years after being infected. This suggests that immunity is long lasting, and probably explains why there have only been a handful of reported cases of re-infection with covid, even though the virus has spent the last nine months bouncing around the planet infecting many millions of people.

As to the handful of people who have been reported to have been re-infected. Almost all those cases have been completely asymptomatic. That is not a sign of waning immunity, as some claim. In fact it is the opposite. It shows that people develop a functioning immunity after the first infection, which allows them to fight off the second infection without ever developing any symptoms.

So, if Sweden already has herd immunity, what about other countries? How close are they to herd immunity? The places that have experienced a lot of covid infections, like England and Italy, have mortality curves that are very similar to Sweden’s, in spite of the fact that they went into lockdown.

My interpretation is that they went in to lockdown too late for it to have any noticeable impact on the spread of the disease. If that is the case, then they have likely also developed herd immunity by now. Which would make the ongoing lockdowns in those countries bizarre.

What about the vaccine? Will it arrive in time to make a difference? As I mentioned in my first article, lockdown only makes sense if you are willing to stay in lockdown until there is an effective vaccine. Otherwise you are merely postponing the inevitable.

At the earliest, a vaccine will be widely available at some point in the middle of next year. How many governments are willing to keep their populations in lockdown until then? And what if the vaccine is only 30 per cent effective? Or 50 per cent? Will governments decide that is good enough for them to end lockdown? Or will they want to stay in lockdown until there is a vaccine that is at least 90 per cent effective? How many years will that take?

So, to conclude: covid is over in Sweden. We have herd immunity. Most likely, many other parts of the world do too, including England, Italy, and parts of the USA, like New York. And the countries that have successfully contained the spread of the disease, like Germany, Denmark, New Zealand, and Australia, are going to have to stay in lockdown for at least another year, and possibly several years, if they don’t want to develop herd immunity the natural way.

Dr Sebastian Rushworth is a practicing physician in Stockholm, Sweden. He studied medicine at Karolinska Institutet (home of the Nobel prize in medicine). His main interests are evidence based medicine, medical ethics, and medical history which feature in his blog at www.sebastianrushworth.com