If you’re tired of this government’s crisis management, remember who to blame: Labour

18th May 2020 by Peter Fischer Brown Leave a Comment 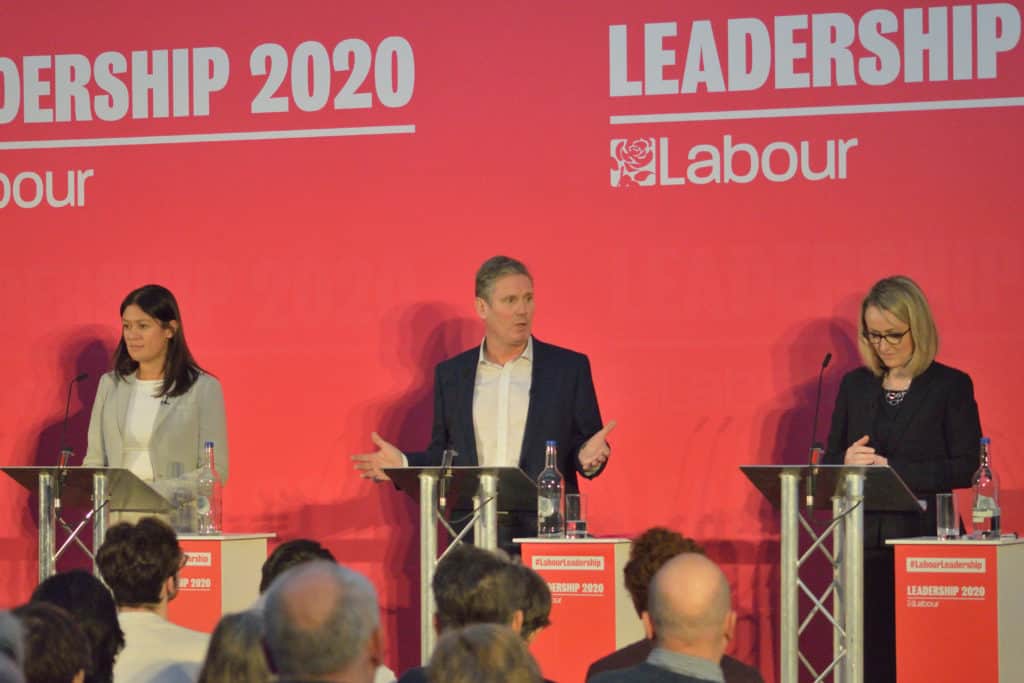 Now stay alert everyone! Get on board with Boris’s broader message, which is what “the people” want to hear.

I congratulate Radix Fellows Nick Silver and Guy de Selliers for their excellent articles[1] on the government’s sub-optimal handling of the covid-19 crisis. I have stopped wanting to throw things at the television whenever Priti Patel or Michael Gove appear with crisis updates: I have simply grown weary – indeed, I find it best not to watch at all now and wait for updates on the government’s response in my newsfeeds.

Even the most generous of us would concede that the nationalist-populist government has been, what shall we say, rather stretched by the pandemic crisis. Whether PPE shortfalls, confusing messages about taking exercise, an absence of a strategy for social care and care homes, the government clearly has been found wanting.

Foreign observers have been scathing – even my friends in Peru and Colombia asked me about the “chaos in England” that they had read about in their media. Evidently any government facing the pandemic in the UK currently would struggle to provide an adequate response, but the current government feels particularly exposed.

Of course, this can’t come as a surprise to anyone. Johnson and his merry men and women won a resounding electoral victory as a good news government, making a divided country great again in the sunny uplands of sovereign, independent post-Brexit Britain. This government isn’t designed to handle the biggest crisis in living memory.

It wasn’t voted into power for its assembly of analytical intellects (Priti Patel, Gavin Williamson and Dominic Raab?); nor for its crisis leadership Prime Minister, renowned for his hard work ethic, long hours, serious statesmanship and scrupulous attention to detail. It isn’t really fair on this government to have to deal with this crisis, it isn’t what it was designed for. Rishi Sunak, an intellectual, successful performer stands out in this cabinet, but that isn’t really hard.

The irony of this is that the current government should really be the opposition. As such they would suit a useful purpose. Boris could entertain us with his oratory, we could admire Michael Gove’s speech-making skills, Sunak as Shadow Chancellor could hold the Chancellor of the Exchequer to account, we could be bemused that someone like Priti Patel made it to Shadow Home Secretary, and talents such as Williamson, Raab and Shapps (on your bike, everyone!) could have fulfilled their potential in the shadow cabinet.

Meanwhile, the crisis response could have been led by a serious, credible statesman, a formidable analytical mind such as Keir Starmer.

That it isn’t is entirely the fault of the Labour Party. For 10 years, the party failed to field a leader or shadow cabinet that presented a credible alternative government. It chose wrong twice, first Ed over David, then, still worse, Corbyn and Momentum, as the party swung left. Apparently, Corbyn “won the argument”, one of the more unusual explanations for the worst election result since 1983.

Having chosen Starmer, who is set to be the stellar performer in this House of Commons, Labour may have saved itself from another decade or more of permanent opposition. Yes, the opposition is there to oppose and hold the government to account, but it is also there to be the government-in-waiting. To become PM, Starmer needs to win the 2024 election, and to do that he needs to succeed in doing a number of essential things:

1. Appear as a senior statesman-in-waiting, able to speak to the UK electorate as adults (more like Jessica Arden, Angela Markel, Mark Rutte and Nicola Sturgeon, the opposite of Johnson), able to interact with other world leaders on an intellectual par.

2. Give the impression that he wants power, not opposition. This means, inter alia, controlling his shadow cabinet, being ruthless with those who undermine his position, honing his interaction with the media

3. Clamp down on the incipient civil war in the party, or if it is unavoidable, winning it. Jonathan Lansman (remember him, Momentum founder and former campaign manager for Tony Benn, who nearly wrecked the Labour Party in the early 80s?) may well be set on undermining Starmer and ensuring the next leader and shadow cabinet is socialist. Lansman and Corbyn were the reasons Labour lost the 2019 election.

Starmer has a unique opportunity. Forget socialism, there is a gaping hole in the middle of British politics which the Conservatives, in their nationalist-populist phase, cannot fill. With the Lib Dems dead in the water, Starmer can try to win this, let us call it social democratic left-of-centre ground with policies that speak to post-covid-19 Britain.

If he wins in four years’ time, he will inherit a country potentially in a perilous financial state, and more socially divided than ever. It is arguably not a job one would wish on anyone. But Starmer of all of the current generation of senior MPs seems the best equipped to bear the burden.