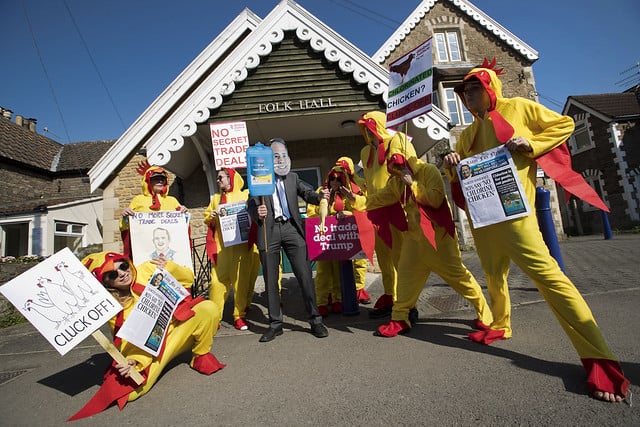 And so the ERG look set to get their way. A clear strategy that looked just 18 months ago to be far from implementation now looks like it will become government policy. He who laughs last, laughs loudest.

Although Rees-Mogg, Francois, Baker et al are being careful not to gloat too much, or laugh too loudly, given that would seem out of touch with the depressed mood of the country, and even their cabinet representatives, Johnson, Patel, Raab et al, are being careful about what they say concerning the impending WTO-terms Brexit.

We are still being advised that the government wishes to see rapid progress towards a comprehensive free trade agreement, which would avert the worst repercussions of a WTO-terms Brexit with our nearest neighbour. But Johnson has signalled his intent to walk away if progress is not delivered by August, and Britain will then gear up not for the possibility but the agreed policy of WTO Brexit.

It is a stunning success for the ERG, for ERG-friendly cabinet ministers and of course, most of all, for the very rich backers and sponsors of this group within parliament. Let us remember that the whole point of Brexit for these backers is not nationalism or immigration, though that won the day for them with the general public (many of them, let us remember, aren’t even British citizens or British residents), but the promised “bonfire of regulations” and tax cutting which will be of personal benefit to them and which fits with their entrepreneurial beliefs.

WTO terms Brexit matters because it maximises the opportunity for Britain to massively deregulate and opens the way post 1 January 2021 for a post-Thatcherite, neo-liberal, ultra free market environment styled on Trumpian economic policy.

So far, so brilliant. But now we have the post-pandemic future to consider. The desire of WTO Brexit supporters to enact their strategy hasn’t changed, and the preconditions for a radical shake up of British economic and social policy are in place, backed by the “positive wrecker” Cummings and many in Johnson’s inner circle.  But can the UK government afford to pursue a low regulation, low tax economic model just after it has effectively bailed out the country? Has the pandemic changed the landscape for WTO terms Brexit?

So the stage is set for the battle that has been long in the making, between different wings of the Conservative party, between the government and opposition and unions, with the CBI squeezed very uncomfortably somewhere between.

We are already hearing the arguments from former ministers like David Davis that the only way to rescue Britain’s economy is to remove all (unnecessary) regulatory obstacles to growth (including the leftovers from the EU) and to incentivise growth through tax cuts. That way not only is the Brexit project fully implemented, it is justified. The Chancellor is now actively considering slashing VAT and other measures will not be long in coming.

The great debate about what kind of Britain should emerge in the 2020s and 2030s is long overdue.  Brexit accentuated it, Covid-19 is accelerating it. The ERG are likely to win that debate, and Britain will adopt a more overtly US-styled neo-liberal, free market approach. Think chlorinated chicken, and the demise of UK industries that can’t sustain themselves without government support.

But to the ERG’s undoubted frustration, Johnson’s government has become a major stakeholder and regulator of the economy thanks to the pandemic, instead of getting out of the way as much as possible and letting business get on with it. It is a situation the essentially libertarian free marketer Johnson finds very uncomfortable.

If there is a cogent, Brexit-led strategy for a slashing of environmental, social and workers protection to stimulate the economy and tax cuts to incentivise business and spending, I have no doubt Johnson will pursue it.

The result? Look to the US, the model for the next iteration of Britain. The smallest state that the post-pandemic landscape will allow, minimal viable regulation, lowest acceptable tax burden.

In summary, the well-off will be less well off in absolute terms, but comparatively much more well off still than the disadvantaged: the long term unemployed, those in the gig economy, the poorer. A country already boasting one of the highest rates of inequality in the developed world hasn’t seen anything yet.