I am an American, keep the government out of my life, and particularly my pocket. 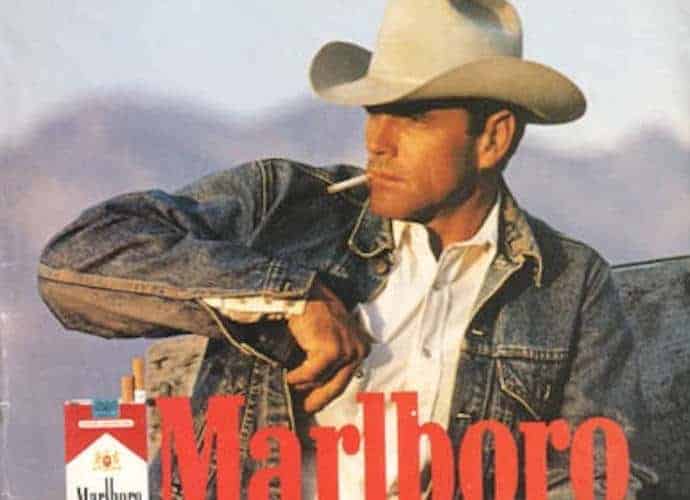 Many around the world have seen the now classic ‘Marlboro Man’ cigarette advertisements. This man is a real man, strong, rugged and capable of taking care of himself. If he is married, he is a family man, focused on protecting and providing for it ,no matter what.

When he falls, he picks himself up ,dusts himself off and continues in his endeavours. He is a doer and he never gives up.

This Marlboro Man construct may seem like a cartoon character but, to millions of Americans, is what the American Character is all about. He is John Wayne, Joe Dimmagio and General MacArthur rolled into one, always confident , never displaying weakness or doubt, and always coming through. Women admire his strength and can-do attitude and children want to be like him. He is the American Hero.

Critically,Marlboro Man does not depend on others. He expects to make his own decisions and choices, to survive and thrive by his own wits and hard work. He expects to retain and benefit from the fruits of his labor and expects all others to do the same.

Often,Marlboro Man sees success and overcoming adversity as a competitive sport, a zero sum game, where he wins and someone else loses.

He is particularly suspicious of government and sees their role as needless, self serving bureaucratic interference more than anything else.

This view applies particularly to distant government, the federal government that does not understand or cater to the specific needs of his community. The Feds, and to a lesser degree state government, bring little in the way of value but make rules that get in the way of his freedom to make choices and succeed or fail by them.

Taking his hard earned money and redistributing it to unnamed others without his explicit consent is particularly hard for Marlboro Man to accept.

This construct ,alongside the fact that, uniquely amongst nations, Americans judge each other on character and accomplishment rather than social class, tribe ,taste or religious affiliation, is what Americans refer to as individualism.

To state the obvious, this definition of Individualism is devoid of ,and in many ways contrary, to any concept of the common good, a societal perspective that means we will all do better if the more able offer a leg up to others via taxation, government programs or handouts.

Importantly, this does not mean that Americans are not generous or compassionate – quite the contrary. Americans will offer their neighbour a helping hand and give to charity more than the nationals of any other country.

The caveat is that they themselves, of their own free will, are making the decision to help or make a charitable donation  to support an individual, specific cause or organisation. And when it comes to charitable donations, a tax deduction is an additional incentive.

It should not come as any surprise that given these deeply entrenched views, the social safety net embraced by other developed nations is viewed as both flawed and dangerous. Flawed because it is non-discretionary and, since it is handled by nameless government bureaucrats,  likely to be wasteful and open to abuse. Dangerous because even short term help may lead to demotivation and dependency, both UnAmerican .

Tiding someone over, even during a temporary setback, may be enough to stop them looking after themselves and start relying on or worse, developing a sense of entitlement, to government handouts.

The idea of  government  help funded via taxation is therefore anathema to many Americans. Such benefits do not represent a direct return on one’s individual efforts and as such are demotivating and to be avoided. Add to that the  belief that the beneficiaries are disproportionately minorities and you get the thinly veiled overlay of racism to complete the picture.

The resulting controversies surrounding the funding of social security (a “state pension”, the amount of which depends on lifetime contributions) and Medicaid (a partnership between the federal and state governments to provide free or heavily subsidised healthcare to the poor) in particular therefore reflect a US culture which has not evolved to reflect many of the current realities affecting all Americans.

The path to the American Dream is no longer on a level playing field. Relevant skills and knowledge matter more than ever and need to be continuously updated and enhanced to enable the same living standards. And global competition makes attainment of such standards that much harder to begin with.

Americans’ attitude to welfare is an obvious, but not the only indicator that culture lags reality, often becoming maladaptive. New winning formulas at both the individual and collective levels necessitate acknowledgement of fundamental change and are therefore slow to emerge.