How we can all find a role in tackling care deficits 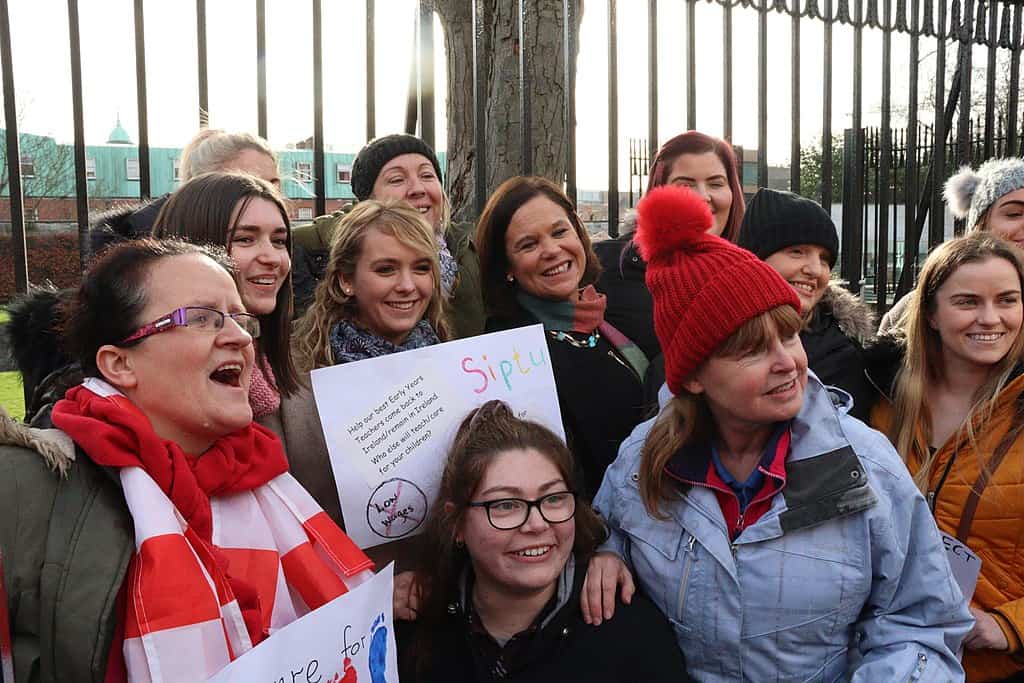 The love, nurturing, empathy, and mutual support of the care economy can serve as a catalyst for broad systems change in the wake of the COVID-19 pandemic. But in an uncertain world where crisis, reaction, and receding state support appear to have become the norm, how do we reconnect its value in economic and political life? What is frustrating efforts at change?

Economically, we have an impoverished conception of care work.

The managerial more for less agenda shows no signs of ending anytime soon. But in my experience of frontline care and support, this personal and social stress is undoubtedly brought into care spaces and the care relationship, often with disastrous outcomes. What is essentially fulfilling and rewarding work can quickly descend into a world of low morale, blame and burnout, decimated rotas, and long working hours.

Moreover, systemic risk and responsibility is distributed unevenly and borne disproportionately by people who need support, ‘informal’ family carers and frontline care and support providers, the latter mainly performed by women. Working under a hierarchical, often hawkish relationship with the state, support providers not only carry the social stigma of low paid and ‘messy’ work, but often the implicit distrust of local government officials and the public at times as well.

How can the conditions be created for better co-ordinated and valued, effective support?

In liberal-individualist cultures, economic forms of exchange value dominate, often to the detriment of affective, caring roles in society. The imperative to compete and pursue self-interest – pressed on us as much by the state as by the market – assumes a false view of the citizenry as a collection of selfish, maximising individuals.

Austerity and a recent politics of regressive, xenophobic sentiments, and nationalist values has only served to victimise perceived weaker members of society and divide us further. Too many still fail or are simply unable to acknowledge the everyday healing power of empathy and mutual support, despite some wonderful exceptions. Shouldn’t expressions of need such as anxiety, loneliness, or grief be contained within the private family, or left to charitable giving or the state, so we can get back to business as usual?

Many will have seen the two-part Panorama series in 2019 revealing the alarming mismatch between the lived realities of people who need support and dysfunctional state systems. This was instructive, and rightly brought public attention to the human consequences of toxic government policy and management in social care.

But the roots of a care system in crisis go much deeper. As legal scholar Ugo Mattei points out, one significant issue is that welfare spending is inextricably linked to an unsustainable economical-quantitative model blind to caring communities and living systems: no economic growth means no social rights. More spending or better innovation on their own will not provide the answer while the underlying problems remain unresolved.

The covid-19 pandemic and government response to date has only stressed the ‘care deficit’ further. According to The Right to Care, a 2020 report by the London School of Economics, the social foundations of recovery from the covid-19 pandemic are being undermined by a lack of care in policy making.

The absence of courageous and conscientious policy making and enabling public authorities serves to disconnect and further weaken the role of communities, mutual support networks, and households in economic and social life.

The alignment of locally crafted solutions with enabling public authorities is essential if we are to address the tensions between the social nature of care and the flawed systems that provide it. But while ‘integrated care’ rightly points to continuity, operationally it simply fuses the conflicting interests of clinicians, commissioners, care providers, and citizens. The subsequent drive for standardisation carries the predictable consequences of wresting power away from citizens who lack the resources and power to realistically participate in decision-making processes.

So-called wicked problems cannot be resolved by looking to inspired individuals to overcome resistance, shift organisational inertia, and force through compliance and change at the expense of others.

Essential caring traits such as trust and empathy, or the integration of human rights and legal literacy, can crystallise and find expression – or indeed, fade – in delicate webs of human interaction, diverse cultures and organisational form. Whether stuck within largely inept public systems or in fast-paced, alienating working environments, people have developed a remarkable capacity for resilience. But the monumental waste of creativity and human resources through unemployment and structural exclusion tell us emphatically that we can do better.

Care by design: A renewed focus for co-production

In times of uncertainty, the potential to embed lasting, meaningful change is heightened. What is needed now is a holistic framing of human need, where care and social interdependency are reconnected through organisational form to broader public structures of human rights and social responsibility.

The question we might ask now is: can we support distributed, community-level responses to the COVID-19 crisis become major waves of reconstruction? Of equal importance, given the policy response so far, is: to what extent, or in what form, can the state be a partner in this?

These platforms establish – in varying forms and to varying degrees – the boundaries and the self-written and managed protocols of a commons; cultivating the patterns of openness, resource pooling, reciprocity, co-operation, and care found in healthy communities.

Distributed co-operative organisations (DisCOs) propose a particularly compelling platform for work that co-creates systems of value accounting centred around care work. Guided by shared social and environmental commitments, DisCOs use innovative tools such as care value tracking and complementary metrics to produce positive outcomes for both workers and their communities.

This is not intended as lip-service, but a practical pathway to embed this value ‘in cultural, productive, and organisational processes [as well as] technical/legal statutes’.

But what about a sensible conversation about state support and priorities? The resilience of communities is often despite top-down, debt-heavy social care systems, or the administrative blueprints from centralised authorities. ‘Neoliberal’ state forms have generally left notions of autonomy and freedom to the workings of the ‘free market’, with ruinous social consequences.

Public-Private Partnerships are perhaps one of the best-known expressions of this, where short term gains are gradually overtaken by hidden, longer-term costs such as higher fees, resource depletion and degradation, and lower quality.

At the level of policy, the authors of A Right to Care propose new policy evaluation tools and accountability measurements that bring into focus household inequality, and how it is deepened or reduced by government policies. This renewed focus on social support networks and care labour indicate a shift away from ‘productivity’ leading only to a ‘dead end of automation’ or ‘consumption-led growth that support middle class households only through hard times’.

In Italy, meanwhile, the Bologna Regulations for the Care and Regeneration of Urban Commons serves as a timely and hopeful example of the ways in which citizen and state can work together based on trust, partnership, and transparency.

The Bologna Regulations are based on five design principles and a recognition of the innate capacity of self-organised communities to adapt solutions to their own needs. The solutions provided by Commons-Public Partnerships include formal platforms of collaboration between citizen and state to restore abandoned resources such as buildings, parks, and support services, often at lower public cost.

There cannot be too many across the political spectrum who would not choose a move away from an outdated welfare state and towards a more compelling vision based on the humanity, autonomy, and creativity of all citizens.

But one is not a substitute for the other; a scenario played out in austerity and the ‘Big Society’ narrative. Moreover, the power to reclaim citizen space is unlikely to be ceded by public authorities and their advisors pushing dead-end growth policies from a by-gone era.

Citizen communities need the legal recognition of Nobel Prize winner Elinor Ostrom’s 7th design principle for the management of successful commons: the right to devise their own institutions, but while retaining state funding and enabling support as a key partner.

The task now is to create and federate a parallel care economy, while engaging with existing forms of defunct governance through methods such as advocacy and independent support brokerage.

Foregrounding care as a core assumption and as the essence of value creation may seem fluffy or fanciful to the political pragmatist. However, it is not only being integrated into new and persuasive models for economics, but also based on realism: including the full, nested range of livelihood and social reproduction that constitute economic activity.

Building Back Better may depend on it. As Milton Mayeroff highlighted, On Caring, in the context of any person’s life – not just the young, older, or the most vulnerable – caring has an innate way of creating basic stability in life.

With its focus on present realities, shared vulnerability, insights from the past and anticipations of the future, it is as good a place to start a conversation about societal change as any.

Tom Allan is a fellow and associate at the Centre for Welfare Reform, a citizen thinktank formed in 2009, where he explores the commons and peer-to-peer relational dynamic as a counterpoint for systems change. Tom is a wild runner, a wild swimmer, and a parent/carer of two.