How to tackle our permanent pandemic 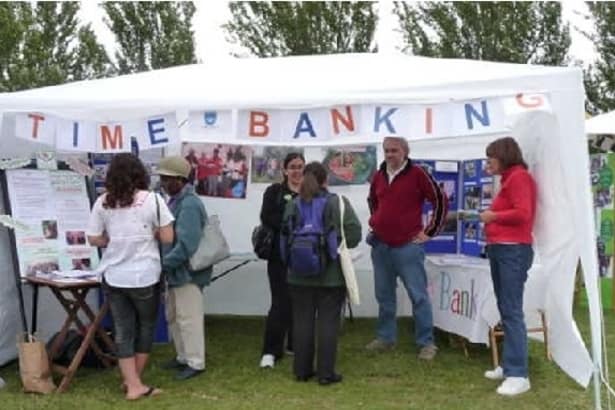 Maybe I am becoming cynical at my advanced age, but my fear is that modern political communisations has more to do with hand-wringing in public about issues than actually thinking about what might be done about them.

Take isolation for example, and the appalling figures for loneliness revealed this month – up to one in 14 from one in 20 during covid, especially for some reason in towns like High Wycombe, Blackburn and Corby.

That might not be surprising, given that we are all leading more self-centred, not to say self-obsessive, lives and yes: I definitely include myself in that category.

What can be done about it? I have seen some fabulous and effective initiatives, for example encouraging people to check on neighbours in Torbay. Alternatively, we might consider holding another pandemic, which at least put everyone in the same boat – were it not for the fact that it seems to have created as much isolation as it solved.

One of the revelations about the past year of covid has been just how many people are keen to help if they can do so in some kind of structured but informal capacity. When 700,000 people sign up to help out via a government website in one day – from which, one assumes, they heard nothing more – and a similar number signed up via their local town or parish hall, then you know we have been wasting resources.

One of the many pearls of wisdom I learned from the American communitarian and co-production guru Edgar Cahn has been just how much people need to feel useful – it appears to be a vital human need, like food and shelter. Given that, we have shamefully wasted our vast human resources in the UK, by over-professionalising and by changing the language so that people fear their efforts would be unwelcome and incompetent.

In fact, the last thing we want are professional skills helping out with loneliness. Ordinary human ones are far more effective.

Edgar Cahn and his partner Chris Gray have published a pamphlet called The Other Pandemic to set out a different solution to the social isolation problem – time banking.

Time banks work a little like babysitting circles: when you need help, you spend time and when you help out, you earn time and – at the end of the month – you get a statement of your earnings and outgoings.

Now I know quite a lot about time banking. I raised the money to launch the first time bank in a health centre – the Rushey Green Time Bank in Catford – and I married the person I took on to set it up (we now have two time bank children). I have seen for myself how asking for help from someone who has only ever been receiving help can be transformative – especially for their mental health.

So I agree with Edgar and Chris that timebanking through public services, like the huge social care time bank of New York City, recently taken over by HealthFirst, the biggest non-profit health insurer in the city, can make an enormous difference, directing mutual support where it is most needed.

There are ambitious versions of the same idea in the UK, working with ‘time credits’ through local authorities.

What I would say is that these ideas work best where nothing else will. In plusher areas people are more confident about keeping an eye out for neighbours, and they resent earning time for doing things they do anyway. But in poorer places, where people have more reason to fear going outside, it is some recognition of their contribution.

Second, people tend to graduate from their local time bank. When they have a circle of mutual support themselves, they don’t need it any more. This isn’t a problem – there is no reason why people should earn time credits their whole lives (as the Chinese authorities seem to expect).

Third, this kind of idea is what I would classify as ‘virtual real’. It creates real relationships, with support from IT. It might use software, but if that’s all there is then only the middle classes will use it People’s main motivation during their early weeks in time banking seems to be loyalty to the co-ordinator.

That tends to limit the size and scope, though the huge New York time bank uses different levels of volunteers who keep the whole edifice upright.

In the meantime, this is an idea that promotes mutual support and genuine co-production – not the mealy-mouthed official definition of it. What’s not to like?