How to re-weave the social fabric – re-imagine godparents 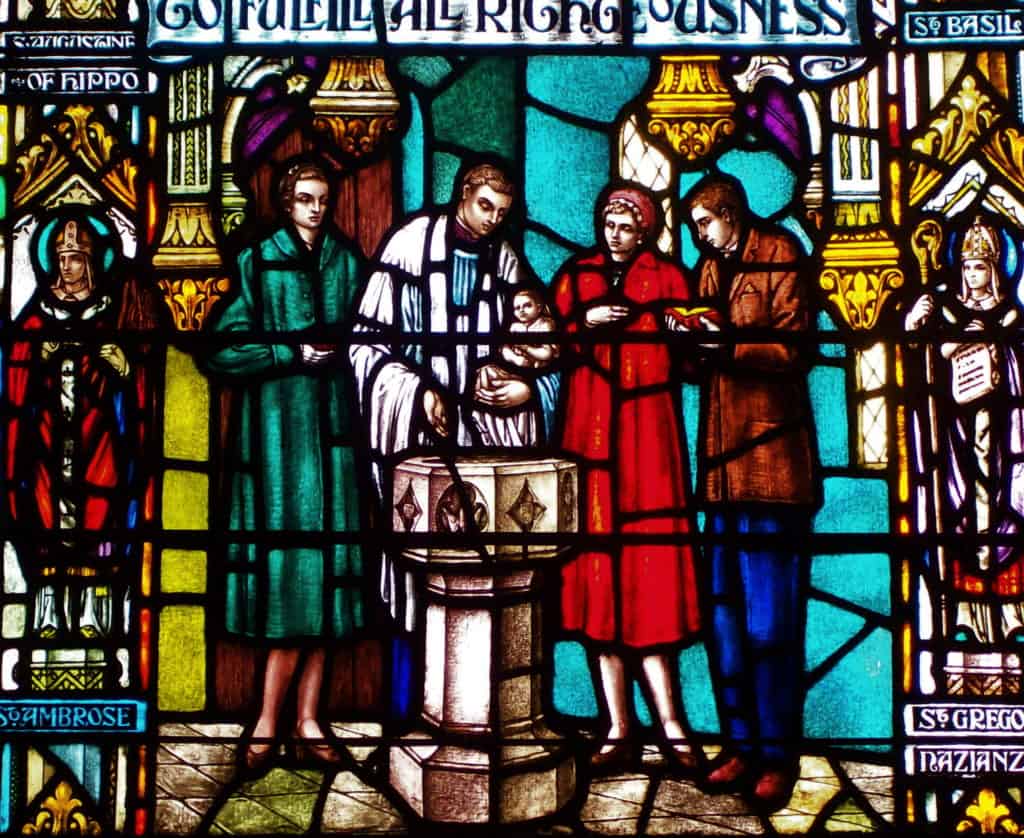 The Scottish National Party has finally abandoned its ‘Named Person’ scheme, which would have appointed an official to track the treatment of each child independently of parents or a parent.

The shame is on the unrepentant John Swinney, who dreamt up this totalitarian project in the first place.

This said, there is everywhere a need for better protection of vulnerable children. And indeed recognition of the desirability that even children who are not vulnerable should ideally have close access to more adults than their biological or assigned parents.

Such adults might provide knowledge of – and access to – different perspectives on growing up and on life in general. The inevitable idiosyncracies of a child’s own parents might be seen for what they are rather than being supposed universal. This is also an argument against home schooling.

My proposal below is to resurrect the ancient custom of godparenthood and give it legal status. True, in some circles it has become fashionable to appoint godparents, but this is not what I have in mind. Godparents must not be the givers of material gifts, but adults to turn to when perplexed.

If you do not like the Christian connotations of the word godparent, by all means use a different word such as guardian. Godparent strikes me as being more precise, since the umbrella term guardian covers so many other functions.

My understanding is that the concept of godparenthood took root in the Middle Ages in France at a time when life expectancy was short and circumstances often dire.

Part of the idea was that children should have fallback parents to provide for them if their own fell victim to disease or other misfortune. Part was that there should be people appointed who would concern themselves with the spiritual well-being of the child. Hence the appointment as part of baptism, when a child becomes a recognised person by being named, blessed and welcomed into the community.

A further key element was that the godparents should not be relatives (such as aunts and uncles) but unrelated people in the vicinity. This was a step towards reinforcing the essential cohesion of society beyond blood relations.

Today, we have instead social security payments, schools and social workers, notwithstanding which sometimes a great deal seems to go wrong. My proposal is that godparenthood should be given legal status, with corresponding rights and obligations.

Parents should be encouraged, and maybe later required (especially if demanding welfare), to appoint individuals who agree solemnly to assume this role. This principle might apply first to single-parent families or indeed (this said at the risk of outrage from the usual suspects) dual parents of the same sex.

Hence two men bringing up children might be expected to appoint one or two women as godmother. It seems meanwhile to be well-established that boys in particular can need a father figure if they are not to grow up to be anti-social.

The godparents will have to be people who expect to continue living nearby. They undertake to cultivate a relationship with their protegee such that once a month or so they spend several hours with him or her.

Similarly, they have a legally binding right to such visits. The parent or parents cannot prohibit or grossly inconvenience the visits without good reason.

Against this background, if it emerges that a child has been subject to relative or gross neglect or abuse (as has happened) the godparents can be called on to explain themselves.

Why did they not notice anything, why fail to intervene, either personally or by reporting to the authorities? At pain of disqualification ever again of being godparents and the accompanying disgrace.

Note that this does not address the somewhat different situation of (normally biological) grandparents. Estrangement between grown children and their ageing parents is not uncommon and the cause of much distress. In some jurisdictions, grandparents can obtain legally ordained access to their grandchildren. But this is not quite the same as godparenthood as elucidated above. It would be desirable for both relationships to have legally enforceable status.

A further consideration is that such arrangements would provide those adults who cannot or do not wish to have children of their own, but who have a healthy if only occasional like of children, with involvement and engagement in the necessary (and life-enhancing) upbringing of a replacement generation.

A rather different, more wide-ranging and polemical presentation of these ideas is also available.