How the West lost influence in the middle east 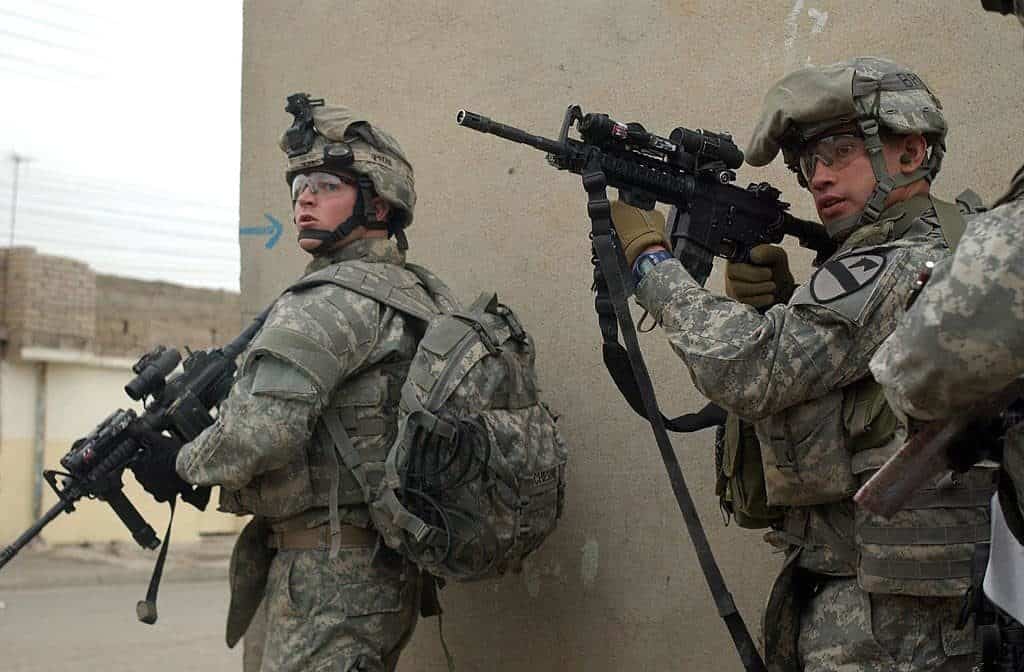 By Renaud Girard in Beirut

Since the start of the decade, the movement known as the ‘Arab Spring’ has represented a clash between two ideologies, the liberal western ideology and the Islamist ideology of movement of the Muslim Brothers.

This is war where neither will emerge as a victor. It is a war that has paved the way towards nationalism. Rather than being obliterated, national borders are more marked than ever.

Citizens no longer believe in an Arab world globalised and modernised by free expression on social networks. The Islamist dream of a caliphate that brings together all Muslim countries in the region has also dissolved. The movement to return to the nation state continues in the Middle East.

When one looks at the region from the inside, one notes that the individual nations keep reinforcing themselves. They do this through the rivalries and alliances between themselves and with foreign powers. When one contemplates the region of the outside, one phenomenon is striking at the start of 2019. It is the West’s strategic impotence in the Middle East. It is everywhere, in all the countries.

In Syria, the West has practically nothing more say. The whole conversation is within the Astana club – Turks, Iranians and Russians. The Syrians, supported by their Iranian allies, will immediately recover the Idlib enclave (north-west of the Syria). In order to keep their rebel allies in place, the Turks have no wish to upset the status quo; and the Russian support control of this territory by Damascus while taking their time to push forward negotiations with the rebels.

In Turkey, the West has failed to convince President Erdogan to maintain the May 2013 truce with the Kurds. The Syrian Kurds were the West’s principal supporters in the war against the jihadists. Because they are related to the Turkish Kurd revolutionaries of the PKK, the Syrian Kurds have become a strategic target of the Turkish president.

Ankara sees red when anyone suggests the possibility an autonomous Kurdish territory, also in Syria, where such exists de facto since 2011, under the name of Rojava (a strip of land in northern Syria, along the Turkish border). In March 2018, the West failed to dissuade Turkey from taking control of region of Afrin (north-west Syria) from the Kurds and then install their Arab islamist supporters.

On 19 December, President Trump announced the withdrawal of US Special Forces (2,000 soldiers stationed in Manbij, on the right bank of the Euphrates) from Rojava. Abandoned by the West, the Syrian Kurds (who are secular) are now turning to the Damascus regime for effective protection against the Turkish army.

In Lebanon, a country created by the French in 1920, the West have now no more influence than Iran whose spiritual sons (Hezbollah) holds the one right of veto on all the government’s strategic decisions.

In Yemen, the West has shown itself incapable of preventing the catastrophic humanitarian crisis born of the intervention, starting in March 2015, of its Saudi and Emirati allies against the Northern Houti rebels who control the capital Sanaa.

In the Gulf, the West has not recognised the true nature of the ‘reforming’ royal heir Mohammed Ben Salman (MBS), remaining blind to his military adventurism military and cynical policies. Between 2012 and 2016, the Wahhabi kingdom has committed three large blunders of policy foreign. It interfered with total losses in the Syrian civil war, funding and arming the jihadi rebels on which it has now totally lost control It also interfered in the Yemeni civil war though it was not itself threatened by the mountain Houthis that it continues to fight to this day.

Finally, in June 2017, it imposed a land, air and sea embargo on Qatar without any success in bending the small oil emirate to its will. In the space of a year and a half, the West has not been successful in obtaining a single agreement within the Gulf Co-operation Council, an institution to promote of co-operation between Sunni monarchies whose creation they facilitated in 1981 to stem the expansion of the Iranian Islamic revolution.

In Palestine, the Westerners has failed to push forward the two-state solution they have not stopped talking about for 30 years. The two-state solution has never seemed more distant. As Israel’s colonisation of the West Bank becomes ever more advanced, it is hard to see how one could still create a viable Palestinian state.

In Libya, that one can link to the Middle East because of the importance there of Egyptian, Emirati, Turkish and Qatari interests, the West has created a chaos that is incapable of managing. French reconciliation efforts, started by President Macron at La Celle Saint-Cloud on 25 July 2017, have yielded nothing concrete on the ground.

In Afghanistan (one can include Afghanistan in the Middle East as the UN has already done), after 17 years of presence, the West is powerless to impose its views. The Taliban, supported in secret by the Pakistani military intelligence services, now impose their law more than ever.

In Iran, despite all the additional unilateral sanctions decreed by Trump in May 2018, the Americans have failed to achieve regime change. The British and the French, US allies of the America, but in favour of maintaining the nuclear agreement nuclear of 14 July 2015 with the Iran, and of the suspension of commercial sanctions commercial, are in a position of strategic impotence because their banks follow the US diktats for fear of retaliation by the Treasury in Washington. To survive, Iran has turned wholesale to Russia and to China.

When the West expresses its views on what is to become of the Middle East, nobody is listening any longer – either inside or outside the region. How have we reached such a state of strategic impotence?

The West has committed three errors main. The first is neo-conservatism, the movement that believes that foreigners can impose democracy on peoples by the force of weapons. What a terrible mess was the invasion of the Iraq in 2003, though courageously denounced by France!

The premature US withdrawal in 2010 was also a deep strategic error because it came well before Iraq was stabilised.

The second Western error is the subjugation of their foreign policy to domestic electoral imperatives. It was domestic policy imperatives not considered foreign policy that drove Nicholas Sarkozy’s decision, one year before the presidential election, to intervene militarily in Libya; as was President Trump’s policy towards Iran – a country hated by his electoral base for the last forty years.

The disastrous examples of Iraq and Libya have convinced the peoples of the East that the West is, in the end, utterly indifferent to their well-being when it intervenes militarily in their countries.

The third fault is Western indecision. How many times has the West shown itself unable of take a decision! The Tchourkine proposal of February 2012 is one good example. In February 2012, the Russian ambassador to the United Nations, Vitali Tchourkine, put forward a proposal to the West, that is to say to members of P3 (the US, France and the UK) – a solution that would allow the Syrian President Bashar al-Assad to exit with honour in order to allow the formation of a transitional government.

The three Western powers together answered: “No, this is not worth negotiating because, in any case, Bashar will, in a matter of weeks, be driven out by his own people!”  In the Middle East, wishful thinking has often taken the place of policy among Westerners.

The consequence of these errors is the erasure of the West in the Middle East, to be immediately replaced by the large opportunist power of the region – Russia. Russia has two sovereign bases sovereign in Syria, but beyond that, Russia was successful in achieving the feat of bringing to Moscow in 2017 the King of Saudi Arabia – whom it had fought in Syria.

The warming Russo-Saudi relationship is such that Putin has tendered his support to MBS following the Khashoggi case (the Saudi opponent savagely murdered on 2 October 2018 at the Saudi consulate in Istanbul). “It is not our business. Let Saudi justice resolve this incident!” said the Master of Kremlin.

Russia has also successfully improved its relations with another big US ally: Israel. We have seen Netanyahu wear the ribbon of St George in Red Square side by side with Putin. Russia is also in force in Egypt, where it is building a nuclear power plant. And General Haftar in Libya has become a Russian card as much as he was formerly a US one.

This erasure of the West in the Middle East is not good news for the region. Because the West has, in the past, been a positive force in the region. For the liberation of Kuwait, invaded by Iraq in August 1990, the US built a broad military coalition that included many Arab countries. In October 1991, they convened in Madrid a large peace conference where the Palestinians were guests. Less than two years later, the Palestinian Arafat and the Israeli Rabin shook hands on the White House lawn. Only the assassination, in November 1995, of the Israeli prime minister (by a Jewish religious extremist) succeeded in blocking a peace process that had been unleashed thanks to the Madrid conference.

The US, which no longer needs Middle Eastern oil, has decided to decrease its military and policy involvement, where its strategy is now limited to the asphyxiation of Iran to bring about regime change. The UK and France are militarily too weak for re-claim any important role there. The West’s strategic impotence in the Middle East is therefore a phenomenon that is set to continue.