How the UK hard right will try to triumph in 2019 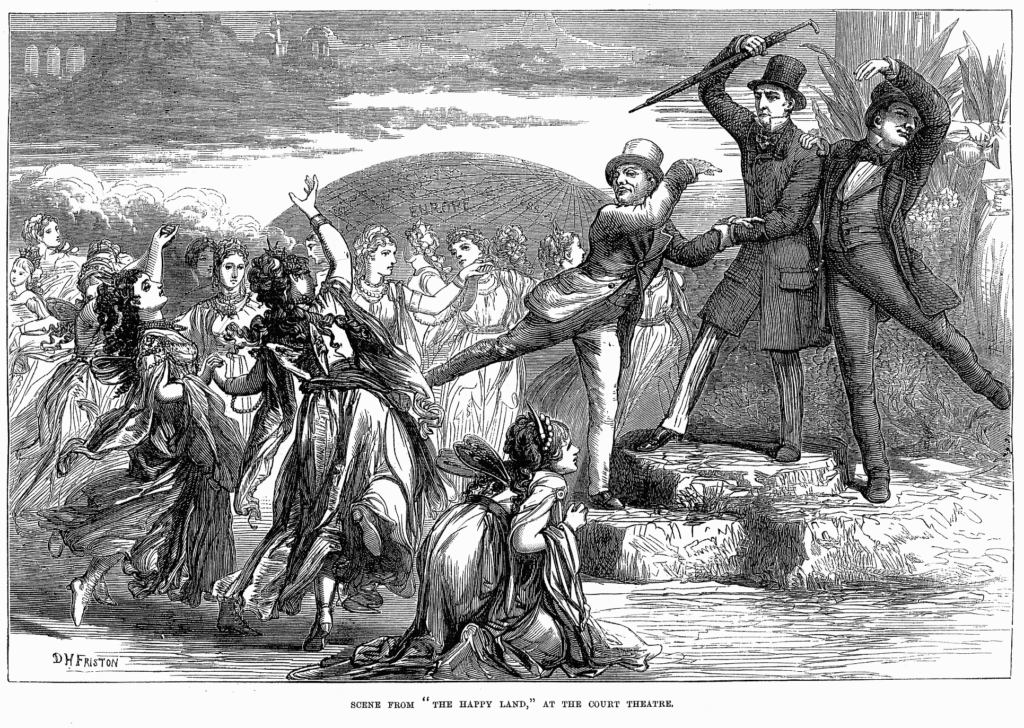 Jacob Rees-Mogg and Mark Francois could hardly hide their delight. Their attempt to depose Theresa May had of course failed but they had dealt her, and her Withdrawal Agreement, a mortal blow.

With over a third of Conservative MPs voting to remove Theresa May in the recent No Confidence vote, and forcing a concession from her that she will not stand as leader at the next general election, the friends of the European Research Group/Hard Brexiteers had achieved a notable victory even before the end of this gruelling year in politics.

In fact, 2019 may turn into a year of triumph for the ‘Hard Right’ of British politics. The vision for Britain set out by this broad group, focused around the European Research Group (ERG), chaired by Jacob Rees-Mogg, has been well articulated, especially in a report published by the Institute of Economic Affairs in July 2018*.

In the report, endorsed by Rees-Mogg, Johnson and others, the IEA argues for a dynamic UK economy based around global free trade agreements backed by low regulation at home and a low tax regime. It proposed using Brexit to remove rules protecting agency workers, to deregulate finance, annul the rules on hazardous chemicals and weaken food labelling laws.

This low regulation, low tax vision of Britain has been promoted by the ERG and its supporters for some time. It has been described, unhelpfully, as post-Thatcherite or “anarcho-Thatcherite” but it is in fact most closely aligned to the socio-economic principles behind Donald Trump’s leadership, “pro-business”, low tax, small state, and populist-nationalist.

To enact this vision of Britain will require (at least) three significant developments in 2019. The first may occur by default, by the quirk of the mechanism for reaching an agreement to a withdrawal deal in the House of Commons.
With no parliamentary majority for any type of deal at the moment, nor delaying the departure from the EU, nor holding another referendum, and with the Prime Minister remaining in place for now and determined to pursue her deal (which will be voted down by the House in January), by default Britain will leave the EU on March 29 with “no deal”.

This is a godsend to the ERG: no deal means full freedom from the EU’s regulatory constrictions, from the need to maintain a regulatory “level playing field” with the EU.

Of course, there are various ways that “no deal” can be stopped: by an agreement to enact something else by a majority of the House, by the EU providing such significant “clarifications” that MPs can be won over to the current unpopular proposed agreement, by a change of government and a delay to the process of article 50 enactment to consult further in parliament or with the people.

None of these looks likely at the moment. With at least half the cabinet apparently promoting some kind of “managed no deal” (a mirage of a “no deal” with the appearance that the government has some kind of control over the situation), with time running out, and with May having won her confidence vote, the most likely outcome at present is “no deal”. Step 1 would have been achieved.

Step 2 is the replacement of Theresa May either by a politician close to the ERG (unlikely, as the group is deeply unpopular with large numbers of the parliamentary party) or a politician who recognises that support of the ERG is essential if the party is to be kept together and who is broadly supportive of elements of their agenda, crucially to the point of appointing a number of ERG-friendly politicians into key positions in his or her cabinet.

A number of non ERG-affiliated senior politicians have made appropriate “noises” in the press recently, with both Sajiv Javid and Jeremy Hunt tipped to be frontrunners in the leadership contest in 2019. Both are likely to respect the need for ERG support (we may safely assume that Theresa May will be replaced shortly after Britain’s withdrawal from the EU at the end of March, and certainly by the end of the year).

Steps 1 and 2 are eminently plausible. Step 3 may prove harder but again, “default” may serve the ERG well. If Britain languishes outside the EU, trading with its closest partners on WTO terms, losing inward investment reliant on unrestricted access to the EU, it will need to re-orientate, focusing more on free trade with the rest of the world, especially the USA, India and Asia, and making Britain attractive for inward investment through a notably lower regulatory and tax burden than that provided by the EU.

Even the very anti-ERG current Chancellor Philip Hammond has admitted drastic action might be required in the event of a no deal, and he is unlikely to be Chancellor after Theresa May’s departure.

If the ERG can secure a Chancellor sympathetic to their arguments, overcome the obstacles presented by the current Secretary for the Environment and Farming to removing large parts of the environmental and food standard regulatory framework (by replacing him) and make sure that the Secretaries of State for Business and Works and Pensions are broadly supportive of the aims for a low regulation, low tax Britain, then the ERG can set about trying to implement the necessary changes.

They will have two to three years to convince the bewildered British public that their vision is best for Britain, before facing the socialists of the Labour Party in the 2022 elections. A squaring off of hard left vs hard right the likes of which has not been seen in British politics, with the centre ground probably withered away.

There are lots of reasons all of this may not happen. Parliament may prevent a “no deal” Brexit, there may be a successful vote of no confidence followed by an election and a Labour victory, a new Conservative Prime Minster may prove too moderate to enact the ERG’s vision.

There may be profound resistance from the FCA to reducing banking regulation, civil servants in DEFRA to reducing environmental and food standard protection etc. etc. Even if the ERG ends up substantially driving government policy for two or three years, all may be overturned by a socialist victory in 2022.

But right now, the leaders of the ERG have every reason to smile broadly. Without a dramatic change, Britain will drift into “no deal”….the first step perhaps in enacting a new, radical vision of Britain.