How the market for covid detection helped us beat the virus 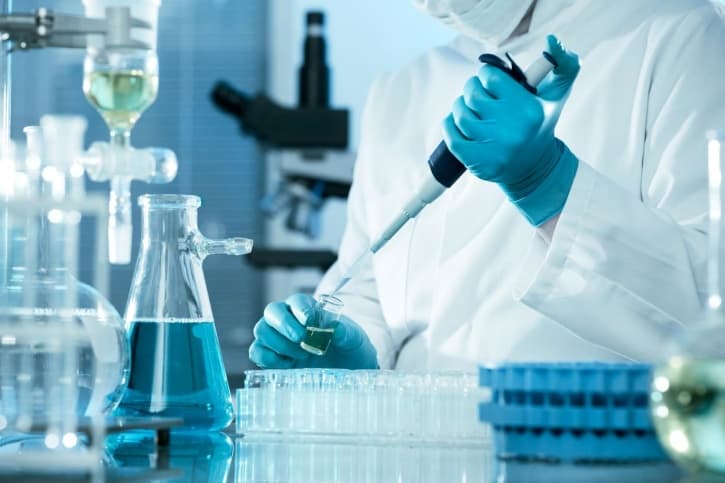 Looking back to 2020, the countries that won against covid shared one thing in common: an understanding that detection was key.

They were not the countries that pursued a particular technology, centralised or locked down. Instead they created a market that monetised detection and in so doing created massive investment in the technologies that we now use every day to keep covid-19 at bay: a system that remains in place for the future to do the same for any new pathogen.

The market for detection started with a simple observation; that detecting an infection, or absence of infection, was valuable to businesses, individuals and governments.

Regularly detecting the absence of infection allowed people to return safely to much freer lives, and this was why positive detection through regular, quick, testing was needed. Successful governments created the rules, enforcement and certainty about detection to support the creation of a market for detection and seeded its creation.

The initial cost for detection through testing looked impossibly high with an entire population needing to be tested once a week at $100 per test. But policy makers in successful countries understood that it wasn’t a test, per se, that mattered, but the outcome – detection. By allowing the market to create its own methods for detection that were certified and supervised by governments, innovation could flourish.

At first, simple rules were set out for workplaces. Any workplace could operate as usual if they could make sure that someone who became infected would be detected within the ‘Detection Period’. Some workers in high risk environments had to be detected more quickly, so timescales and testing frequency were set by the government.

The government provided contact tracing and testing for these contacts, and for the population more broadly. Gradually, this partnership meant that the detection period could be lengthened, making the detection burden on businesses who wished to remain open became lighter and lighter. With more data it became possible to fine tune the detection periods for different groups.

By adopting a certified detection regime, businesses could re-open. At first, they used the only obvious technology available: tests. Very quickly – and aided by some mathematical models – however, the market determined that it was more effective for companies to carry out lots of fast ‘good but not perfect’ tests than slow accurate ones.

Not only were these tests cheaper but the long delay between the test and the results led to a greater chance of subsequent infection however accurate the test, thus not meeting the detection requirements.

Many innovations followed. Thermal cameras and intelligent video capture became the norm to ensure no-one was working whilst symptomatic so reducing the requirement for short (costly) detection periods. Simple low cost testing where groups would be tested and their samples pooled for a single lab test were used in schools, households, and offices alike. Groups that were clear were free to carry on, groups that were not had more detailed tests. The cost and time savings were huge.

As businesses and government returned to something close to normal workers were recognised as Detected Free, a status, similar to covid immune, that allowed most people to return to increasingly less-limited social activities. Private (but highly regulated and policed) detection programmes sprang up and a wider and wider cross section of society was mobilised.

The government kick started the detection market by applying it to protect all key workers; providing them with both safety and freedom through its 7m member detection programme. Mass participation and successful containment reduced the frequency of detection required, all consequently drove the cost of these detection programmes down. This created a virtuous circle that liberated economic activity and tackled the disease spread.

The social and economic benefit of this return of consumption in turn led to higher demand for detection services from private businesses and individuals. This led, surprisingly quickly, to a rise in consumer spending on, and a return of, the high street.

Supporting these innovations were the quick moving governments that provided the information and key national infrastructure to build, regulate, and support this new market. These governments also ensured that public and private detection capacity was built up in step; distributed risk-taking to allow for more innovation (and smaller failures).

With all this in place, detection became a strategic national competence that allowed some nations to trade with, and travel between, each other again without risk of a second wave. In 2022, when the vaccine was rolled out nationwide detecting of covid was part of the fabric of life.

UK government testing capacity was maintained at 15 tests a day per 1,000 people until the end of 2022 whilst private labs were re-purposed and the capital costs partially compensated for through the capital programme.

With hindsight it was clear that to set up and operate this successful market it was essential for the government to have:

The measures created a low cost, economically efficient, way to return to a relatively free economic life. They did this by creating a market and new economic activity that linked economic freedom with limiting viral spread.

Other countries who experienced second, third and fourth peaks and rolling lockdowns ultimately adopted these strategies too late. Those laggards ended up exiting their lockdowns through vaccination and never built the national capability to deal with a future and potentially more deadly outbreak.

Matthew Cleevely
Matthew Cleevely MEng MPhil MIET is chair and founder of the global scheduling company 10to8. He studied his MEng at the University of Oxford, and subsequent MPhil in economics at Cambridge University. He is an active angel and start-up advisor, holding several company directorships.