How the climate contrarians finally lost the battle 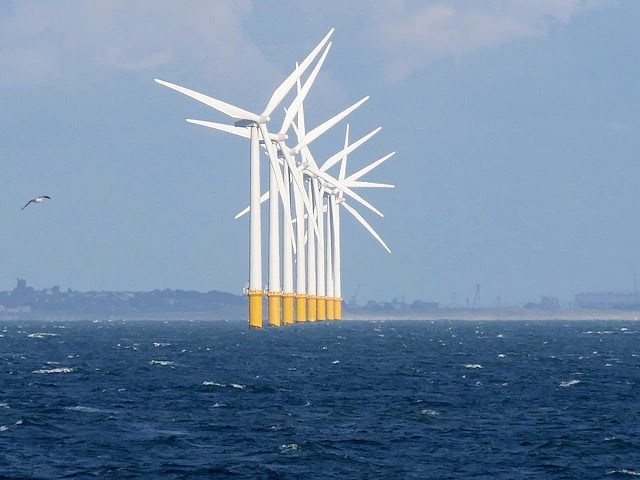 This post is taken from the introduction to Richard Black’s new book Denied, published today…

This is the story of a coup-d’état that failed. A coup against science, against the will of peoples from the Arctic to the Equator, against nature itself. A coup attempt that, although it has failed, may have damaged the interests of future generations and the only planet that humanity is ever likely to inhabit.

The story takes place on a Planet Earth that is becoming increasingly turbulent. The last four years have been the hottest since record-keeping began. Mountain glaciers that store drinking water for more than a billion people are melting away, slowly in the Himalayas, faster in the Andes. Arctic summer sea ice is locked in a death spiral that terminates in about 30-40 years’ time, with melting permafrost set to release more warming gases into the atmosphere.

Birds, insects, frogs and fish are moving away from the equator towards the poles and up mountain slopes to escape rising temperatures; sometimes, they cannot escape. Ocean water is changing from alkaline towards acidic faster than some marine life can stand. More and more often storms, heatwaves, floods, droughts and wildfires show the fingerprints of climate change, making them more frequent, longer-lasting or more intense.

This is the real world in 2018. And it concerns citizens. Between two-thirds and three-quarters of the world’s population expresses concern, even alarm, on climate change. Governments and businesses are responding – quickly enough to have brought about earlier in this decade a three-year plateauing of carbon emissions unforeseen by anyone.

This is a world, then, in which nature, business, culture and discourse are being shaped by climate change. Laws are being written, investments shifted, behaviour changed and popular movements started, all in the name of responding to climate change. Most notably, virtually every government has accepted the scientific reality of man-made climate change and agreed that its main cause – the burning of fossil fuels – has to stop, on a timescale of decades.

However – on this same turbulently warming planet, there exists a parallel reality – far smaller, but influential way beyond its scale. Here, climate change does not exist. Or it does, but it is less serious than any number of other issues. Or it is serious, but the cure is worse than the disease, and the better option is just to deal with the impacts as they arise. Sometimes all three of these are held to be true simultaneously. In this world, scientists are fraudsters, ordinary folk do not care about climate change and detest renewable energy, poor countries will burn coal forever, and measures to trade in fossil fuels for a clean energy economy will return developed societies to the Stone Age.

Despite contending from time to time that they have no platform, the inhabitants of this unreal world have been remarkably effective at getting their arguments heard in high places. Their beliefs have been debated in parliaments and declaimed in courts. In places, their proponents have dominated the media commentariat. Now, their highest profile recruit ever, Donald Trump, sits on the throne of the world’s most powerful nation, dismissing climate change with the same casual mien with which he questions why the US admits non-white people.

As a result, some Unrealists claim that they have won. Trump will turn back the clock on coal and oil, they say. He will nuke international climate change treaties and build a wall against the human tide of public opinion – and the rest of the world will have no option but to follow.

Were this true, it would be the most Pyrrhic of victories. There would be little enough to celebrate in ushering in a world where, science indicates, yields of staple crops are likely to fall even as the number of hungry mouths increases, where natural miracles like coral reefs wither and die, where rising seas threaten the integrity of capital city after capital city.

Fortunately, it is not true. In the real world, the Unrealists, the contrarians, have lost the argument. In China, in India, in western Europe, across the Pacific, even in the US itself, seismic shifts are taking place that are moving society away from untrammelled fossil fuel use towards a future of clean energy, smart tech, electric cars and, accordingly, healthier lives. Existential concern about the impacts of climate change is one driver – alongside, now, simple economics, and competition to own the industries of the near future rather than those of the recent past.

In the real world, investors now put more money into electricity generation from wind and sun than from coal and gas – and renewable energy is or soon will be cheaper than the old alternatives in virtually every nation. In the real world, governments increasingly take the view that tackling climate change will be good for their economies. Military top brass plan for a greater risk of conflict if it is not tackled, doctors scan the horizon for the advent of new disease epidemics, religious leaders highlight increasing pressures on the world’s poor, businesses analyse climate risks to their supply chains, wealth funds withdraw their money from coal-connected companies, and young Britons see climate change as a more important issue than crime.

Ten years ago, the picture was far less clear. Then, the network of contrarians had much to say and much to ask that was useful. They probed the practices of science in a way that led to positive reforms. They queried journalism, forcing those of us involved in it to be more precise and more rigorous in our reporting.

Yet if a week is a long time in politics, a decade can bring a sea-change in both scientific understanding and economic realities. The integrity of climate science emerged intact from the many inquiries into it. Whereas the pace of global warming appeared to have stalled for a while, it has since accelerated again with a vengeance – and science now understands much more clearly why such accelerations and decelerations occur. Nation after nation, led by the UK, has shown that it is perfectly possible to grow an economy and reduce carbon emissions simultaneously.

The side-benefits of adopting clean technologies in electricity generation and motoring are clearer than ever. Public support for clean energy, in the UK and elsewhere, is startlingly high. And despite Donald Trump’s as yet unfulfilled promise to withdraw, the Paris Agreement shows unequivocally that the vast majority of governments see a transition to a clean energy economy as being in their national interest.

To sum it up, you could say that the events of the last decade have proven contrarians wrong on all of their core arguments. And you would be almost entirely right.

Richard Black is the author of Denied: The rise and fall of climate contrarianism. He is a former BBC environment correspondent.